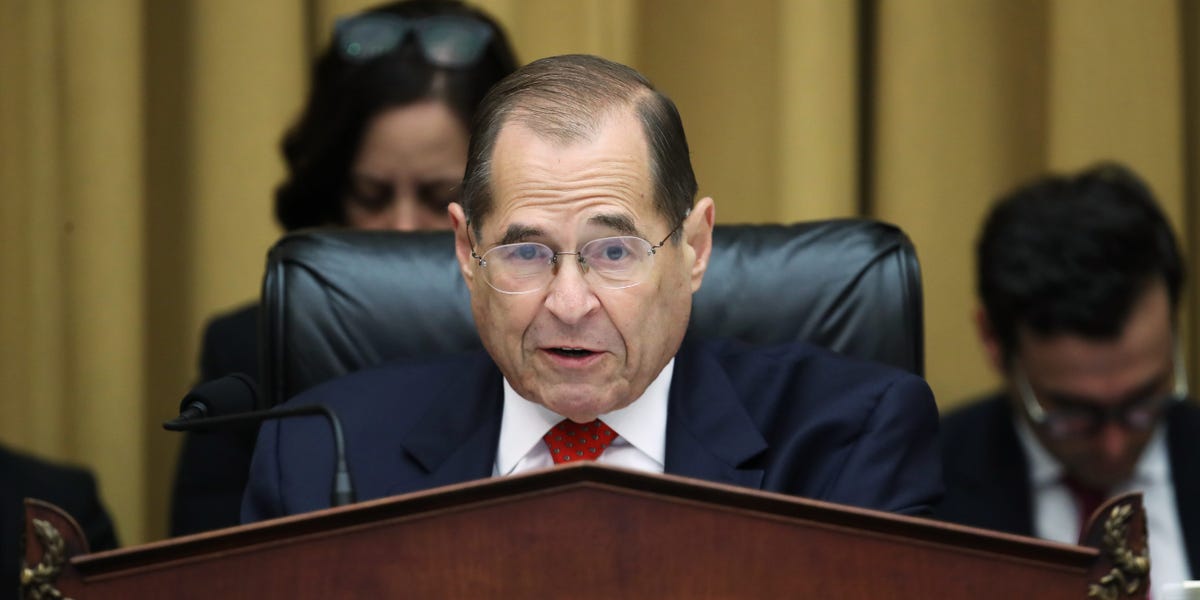 Congress has 19 days to raise the debt ceiling before the US runs out of money, defaults on its debt, and braces for an economic catastrophe. Democrats have yet to come up with a solution to keep the government funded, and Republicans refuse to help.

But another solution is slowly gaining momentum in Congress, and it comes in the form of a $1 trillion platinum coin.

There’s a loophole in the law that dictates which types of coins can legally be minted in the US, and it allows the Treasury Department to mint a $1 trillion platinum coin, deposit it at the Federal Reserve, and then continue paying its bills as normal. This simple solution would let Congress sidestep what Rep. Bill Foster of Illinois told Insider was a “silly rule that we make up for ourselves,” a rule that requires Congress to vote on raising the debt ceiling every time the US reaches the borrowing limit.

It’s an idea Rep. Jerry Nadler of New York has long promoted. House Speaker Nancy Pelosi told reporters on Tuesday that Nadler raised the possibility of minting the coin in a meeting with Democrats to bypass the partisan fights on raising the debt limit. In 2013, when Republicans were refusing to raise the limit under President Barack Obama, Nadler told Insider he was disappointed the Obama administration would rule out “one of the very few bargaining chips it has,” referring to minting the coin.

And Michigan Rep. Rashida Tlaib echoed Nadler’s support for the platinum coin with a simple tweet on Tuesday.

Minting the coin is not new to Tlaib, either. She suggested in 2020 that the Treasury direct the US Mint to issue two $1 trillion platinum coins that would then be distributed to every American in the form of debit cards with $2,000 preloaded onto them to help people recover from the pandemic without incurring government debt.

Insider’s Andy Kiersz and Joseph Zeballos-Roig reported on the role minting the coin would play in avoiding a debt-ceiling standoff, highlighting the catastrophic effect a debt default could have on the US economy. Treasury Secretary Janet Yellen said allowing a default would delay Social Security payments and increase unemployment, but minting the coin would avoid that by bypassing Congress.

But minting the coin has yet to be adopted as a viable option by Democratic leadership, and the party is working against an October 18 deadline to raise the debt limit before the US goes into debt default.

Senate Minority Leader Mitch McConnell has been adamant that Democrats raise the limit alone since they hold slim majorities in the House and Senate, but when they attempted to do so on Tuesday by requesting a unanimous consent vote — which would entail a simple majority vote that Democrats can do on their own — McConnell objected.

He said the limit should be raised through reconciliation, as part of the Democrats’ $3.5 trillion social-spending package, but Senate Majority Leader Chuck Schumer told reporters on Tuesday that going that route was a “nonstarter” because it would take too long.