Law enforcement officers block off an area near an apartment complex in Sunrise, Fla., where several FBI agents were shot on Tuesday as they served a warrant in a violent crimes against children case. Joe Raedle/Getty Images hide caption 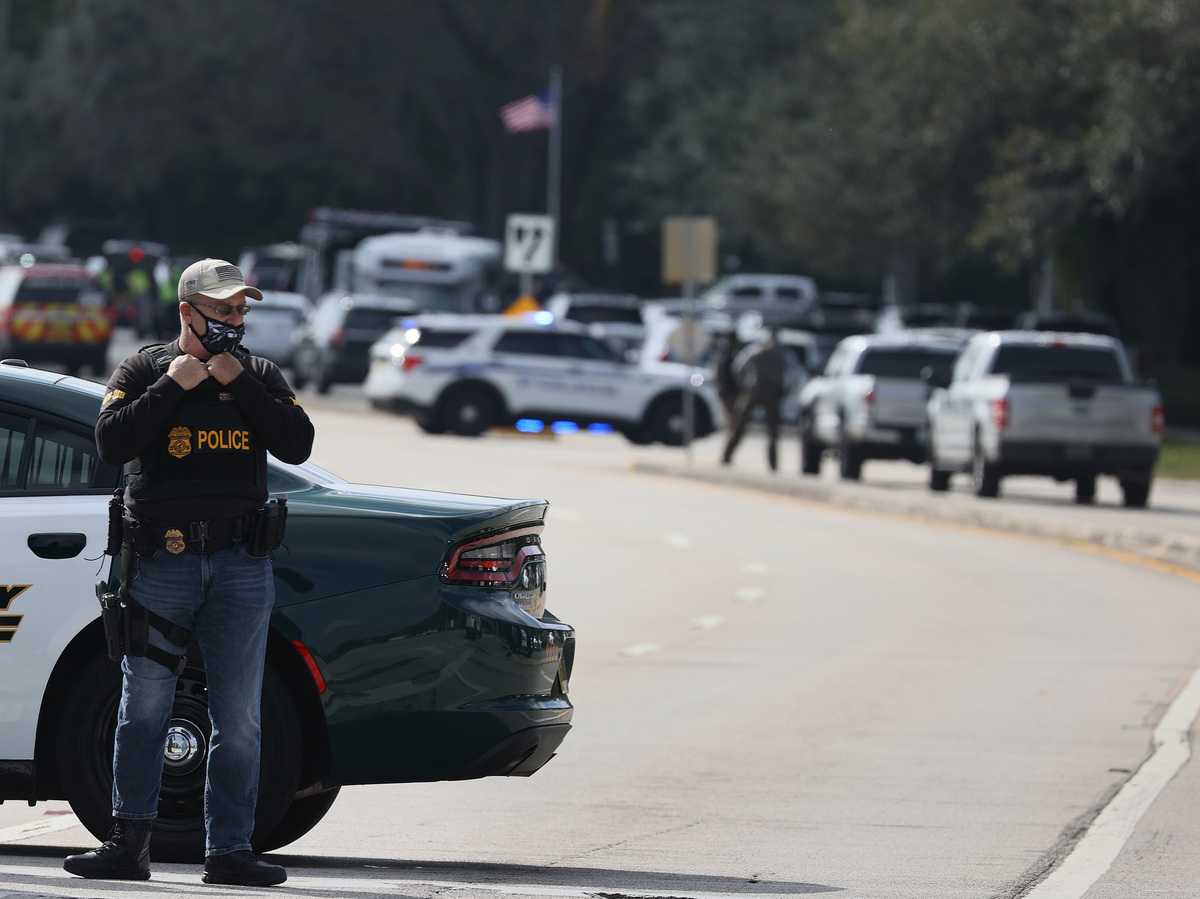 Law enforcement officers block off an area near an apartment complex in Sunrise, Fla., where several FBI agents were shot on Tuesday as they served a warrant in a violent crimes against children case.

Two FBI agents are dead and at least three others are wounded after a raid on a home in Sunrise, Fla., turned violent early Tuesday. The suspect reportedly barricaded himself in his home, where agents were serving a search warrant as part of a “violent crimes against children case,” the FBI said in a statement. The suspect is also dead.

The violence erupted around 6 a.m. ET, in an apartment complex in the Water Terrace community in Sunrise, a city west of Fort Lauderdale in Broward County.

“Two wounded Agents were transported to hospital and are in stable condition,” the FBI field office in Miami said. It added, “The names of the deceased will not be released at this time.”

Police in Sunrise warned of a “heavy police presence in the area” Tuesday morning, urging residents to stay indoors. The massive law enforcement response included an FBI mobile command center and dozens of police patrol and tactical vehicles. The department later said that the area was safe, but that an investigation was continuing.

Law enforcement officers formed rows outside the entrance to the Broward Medical Examiner’s office, saluting as a stretcher draped with the U.S. flag was wheeled inside.

The FBI says the investigation into the shooting is being handled by its Inspection Division, which is responsible for internal investigations and reviews, as well as special inquiries ordered by the bureau’s leadership.

The FBI Agents Association, whose members include more than 14,000 active and retired special agents, said that when the shooting occurred, the agents were carrying out a search warrant “to seize evidence in connection with suspected possession of child pornography.”

“These Agents were working to protect the most vulnerable in our society,” FBI Agents Association President Brian O’Hare said. He pledged his organization’s support for the agents’ families.

This is a developing story. Some facts reported by the media may later turn out to be wrong. We will focus on reports from police officials and other authorities, credible news outlets and reporters who are at the scene, and we will update as the situation develops.
Source Link