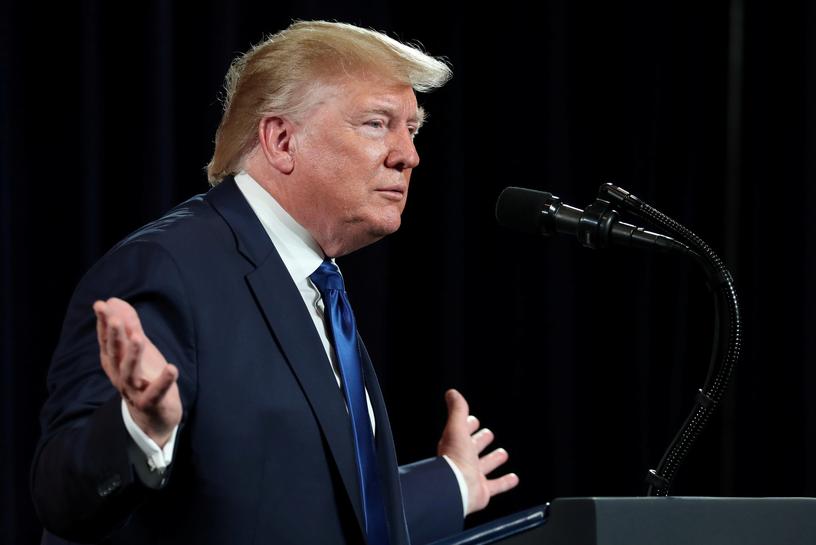 WASHINGTONWASHINGTON (Reuters) – The impeachment drama unfolding in the Democratic-led U.S. House of Representatives has not stopped President Donald Trump’s fellow Republicans who control the Senate from helping him build on one of the biggest achievements of his presidency – making the federal judiciary more conservative.

This marks the third time that Trump has been able to engineer the ideological “flip” of one of the nation’s 13 federal appeals courts, which exert considerable power one level below the U.S. Supreme Court. The other two to “flip” were the Manhattan-based 2nd Circuit and the Philadelphia-based 3th Circuit, both of which also had Democratic-appointed majorities when Trump became president.

Eleven of the 13 federal appeals courts handle cases from specific multi-state regions, one handles cases from the U.S. capital and another specializes in patent cases.

When Trump took office, only four of the 13 had more Republican-appointed judges than Democratic selections. Now seven do.

The Senate on Wednesday voted 80-15 to confirm Trump appointee Barbara Lagoa to a seat being vacated by Judge Stanley Marcus, who was appointed by Democratic President Bill Clinton in 1997. The 11th Circuit now has five Trump appointees, and a 7-5 majority of Republican-named judges.

As a candidate in 2016, Trump promised to move the federal judiciary, including the Supreme Court, to the right. Senate Majority Leader Mitch McConnell has made that a paramount priority for his chamber, which is given the power under the U.S. Constitution to confirm a president’s judicial nominations.

Trump also has succeeded in cementing the Supreme Court’s 5-4 conservative majority with two appointments confirmed by the Senate: Brett Kavanaugh in 2018 and Neil Gorsuch in 2017.

The 2nd Circuit, for example, on Nov. 4 ruled that Trump’s accounting firm must comply with a subpoena to hand over eight years of his tax returns as part of a local criminal investigation. Trump has appealed the ruling to the Supreme Court.

The same court has yet to rule in a case on whether Trump-related financial records held by Deutsche Bank must be disclosed to a congressional committee that has subpoenaed them.

Christopher Kang, a lawyer with liberal legal group Demand Justice, underscored the enduring impact of judicial appointees even as Congress wrestles over whether to remove Trump from office.

“Regardless of what happens (with impeachment), President Trump’s legacy will be with us for decades. That will be something everyone needs to be paying attention to,” Kang said.

“Despite what the impeachment mob wants, the Senate doesn’t shut down during their impeachment charade,” Davis said.

The regional appeals courts usually provide the last word on rulings appealed from lower courts on disputes involving federal law. Their rulings can be challenged before the Supreme Court, but most such appeals are turned away because the top court typically hears fewer than 100 cases annually.

(Reporting by Lawrence Hurley; Editing by Noeleen Walder and Will Dunham)