Democrats have failed to allow for “a robust set of hearings” on impeachment in the House Judiciary Committee, says Rep. Doug Collins, the top Republican on the committee. Mhari Shaw/NPR hide caption 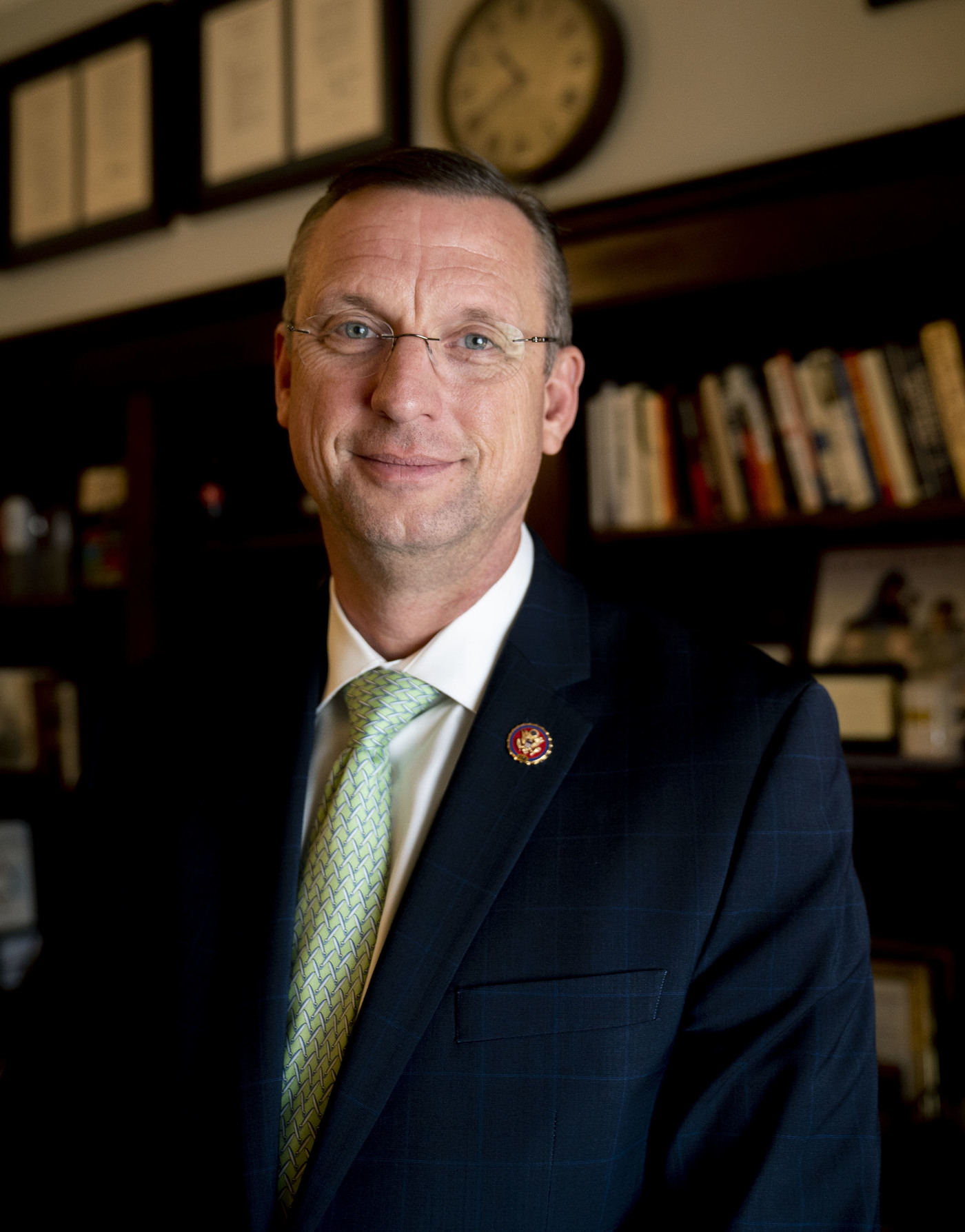 Democrats have failed to allow for “a robust set of hearings” on impeachment in the House Judiciary Committee, says Rep. Doug Collins, the top Republican on the committee.

With Democrats in the House of Representatives formally moving to draft articles of impeachment against President Trump, the top Republican on the committee that will author those articles is saying the White House should participate in the process. But participation should happen only, he says, “when there is an actual opportunity in which it is a situation in which they can present, do the presentation that they need to.”

In a forceful critique of the impeachment inquiry, Rep. Doug Collins of Georgia, the ranking member of the House Judiciary Committee, accused Democrats of making White House participation all but impossible by not allowing for “a robust set of hearings.”

“At the end of the day, if people don’t believe what you’re doing is fair, then it doesn’t matter,” Collins said in an interview Thursday with All Things Considered host Mary Louise Kelly.

The White House has blocked key witnesses from testifying in the inquiry and declined to participate in this week’s Judiciary Committee hearing but has left open the possibility of participating in future proceedings.

Collins argued that Democrats are presuming guilt and creating a scenario for the president where “you have to prove your innocence … and that’s just not the way our system works.”

Collins’ remarks followed the announcement by House Speaker Nancy Pelosi, D-Calif., earlier Thursday that Democrats will begin the process of drafting articles of impeachment. Addressing reporters against a backdrop of American flags, Pelosi said the president had “abused his power for his own personal political benefit” by seeking to pressure a foreign nation into conducting politically motivated investigations to aid his reelection.

“His wrongdoing strikes at the very heart of our Constitution,” Pelosi said. “Our democracy is what is at stake. The president leaves us no choice but to act because he is trying to corrupt, once again, the election for his own benefit.”

Collins said the announcement was “only breaking news if you’ve been in hibernation for the last year,” adding, “They’ve been wanting to do this.”

The Democratic case against Trump was detailed in a scathing, 300-page report released by the Intelligence Committee on Tuesday. In the report, Democrats allege that the president sought to coerce Ukraine into opening an investigation into former Vice President Joe Biden by withholding $391 million in U.S. assistance for Ukraine, as well as a White House meeting long coveted by Ukraine’s president, Volodymyr Zelenskiy.

The report’s release was followed on Wednesday by the start of formal impeachment proceedings in the Judiciary Committee. Wednesday’s hearing featured testimony from four constitutional scholars who were called to answer whether the president, in his dealings with Ukraine, engaged in “treason, bribery, or other high crimes and misdemeanors,” the threshold for impeachment as spelled out in the Constitution.

From his perch as the Judiciary Committee’s top Republican, Collins has emerged as one of President Trump’s chief defenders in the battle for public opinion. In his interview with NPR, the former attorney and military chaplain said he did not believe the president has done anything wrong and said he had no issue with the way he has conducted himself in regards to Ukraine.

“He did nothing wrong. The call did not show anything wrong,” he said, referring to the White House account of the July 25 call between Trump and Zelenskiy that helped spark the inquiry.

“At the end of the day, it’s not about holding anything accountable,” Collins said of the impeachment inquiry. “It’s about next year’s election for them, to make sure that he is damaged going into an election cycle.”

Collins also pushed back against the charge among Democrats — and a potential article of impeachment — that the White House has obstructed the work of Congress through its decision, detailed in an Oct. 8 letter by White House Counsel Pat Cipollone, to not cooperate with the impeachment inquiry.

Democrats say that since that order, the administration has failed to produce a single document in response to 71 specific demands for information. They also say that at the president’s direction, 12 current or former administration officials have refused to testify in the inquiry, including 10 officials who did so in defiance of subpoenas.

Collins said the remedy is not to rush forward with impeachment, but to allow the process to play out in the courts.

Democrats, however, have said they are not willing to allow the White House to run out the clock on impeachment through a court fight, and say the evidence they have already collected is enough to impeach the president.

The Judiciary Committee is scheduled to hold its second hearing in the impeachment inquiry on Monday, when counsel for Democrats and Republicans on the Intelligence Committee will discuss the evidence against the president. In a letter on Thursday to the chairman of the Judiciary Committee, Rep. Jerry Nadler, D-N.Y., Collins said Republicans on the committee should be allowed a hearing day before articles of impeachment can move forward. Meanwhile, the White House faces a Friday deadline to inform the committee on whether it will participate in future proceedings.

A vote by the full House on whichever impeachment articles are adopted by the Judiciary Committee could come by the end of the month. The process would then move to the Senate, where 20 Republicans would need to break ranks and join Democrats to reach the 67 votes, or two-thirds majority, required to convict and remove the president from office.

Given those numbers, Collins said there is nothing to indicate impeachment can pass the Senate. “Many of us believe it’s already been decided,” he said. “Why waste our time?”