Rep. Devin Nunes, R-Calif., stands in an elevator after departing a secure area of the Capitol on Dec. 3. His appearance in call logs in the Democrats’ impeachment report is raising new questions about his role in the Ukraine pressure campaign at the heart of the impeachment inquiry. Patrick Semansky/AP hide caption 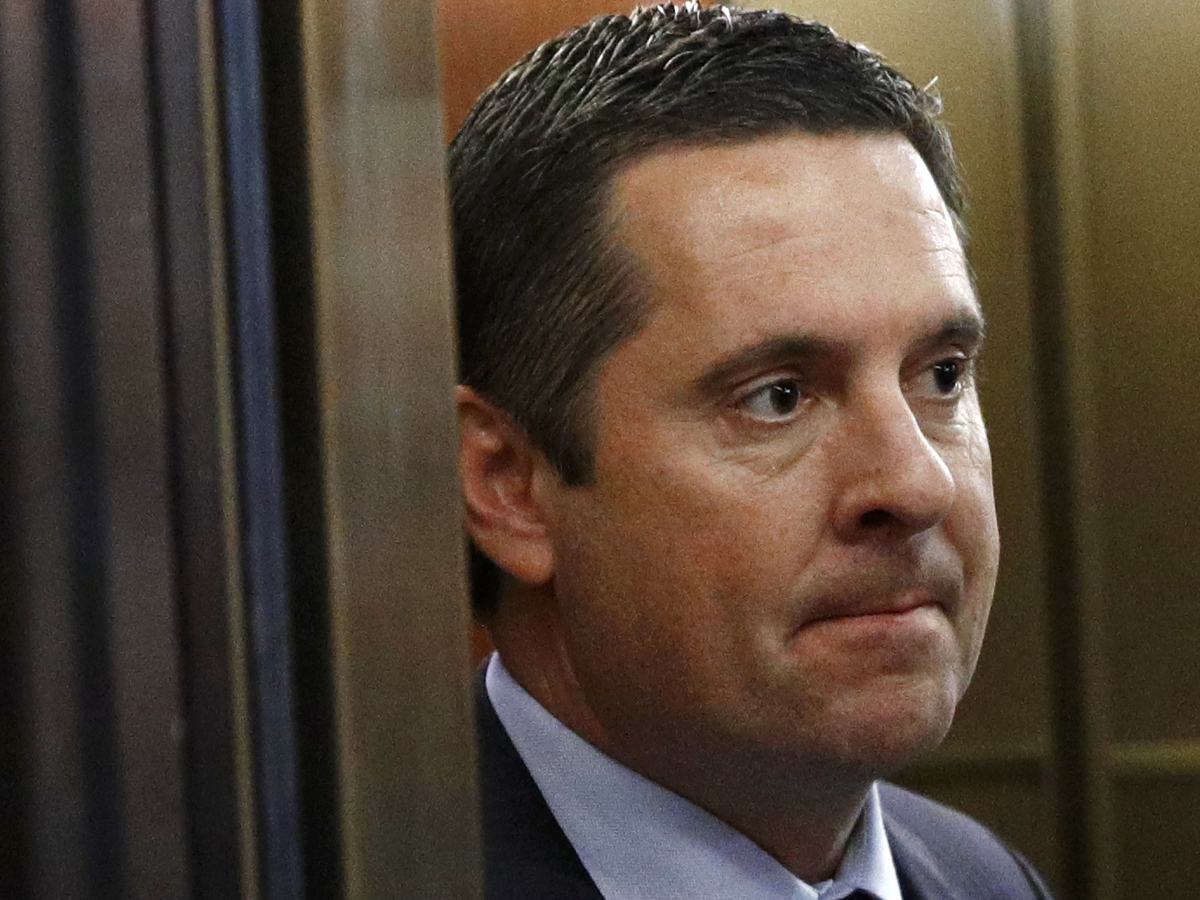 Rep. Devin Nunes, R-Calif., stands in an elevator after departing a secure area of the Capitol on Dec. 3. His appearance in call logs in the Democrats’ impeachment report is raising new questions about his role in the Ukraine pressure campaign at the heart of the impeachment inquiry.

The story of the House Democrats’ impeachment report has quickly become all about the phone records.

The majority Democrats on the House Intelligence Committee on Tuesday released a 300-page report detailing the evidence it has accumulated in its impeachment inquiry into President Trump.

While most of the report’s findings were already publicly known, House investigators cited a series of newly disclosed telephone records that have set off new scrutiny and questions about key players in the Ukraine affair.

The records are call logs provided to House investigators by AT&T that do not reveal what was said but do show who called whom and for how long.

House Democrats view the phone records as a way to connect the dots among some of the key allegations in what the report describes as a monthlong effort by Trump and his allies to abuse the power of his office to solicit foreign interference in the 2020 election.

Here’s a breakdown of the biggest players implicated in the call logs and why they are so significant.

Rudy Giuliani, former New York City mayor and current lawyer for President Trump, whose actions are at the center of the impeachment inquiry into Trump. Alex Wong/Getty Images hide caption 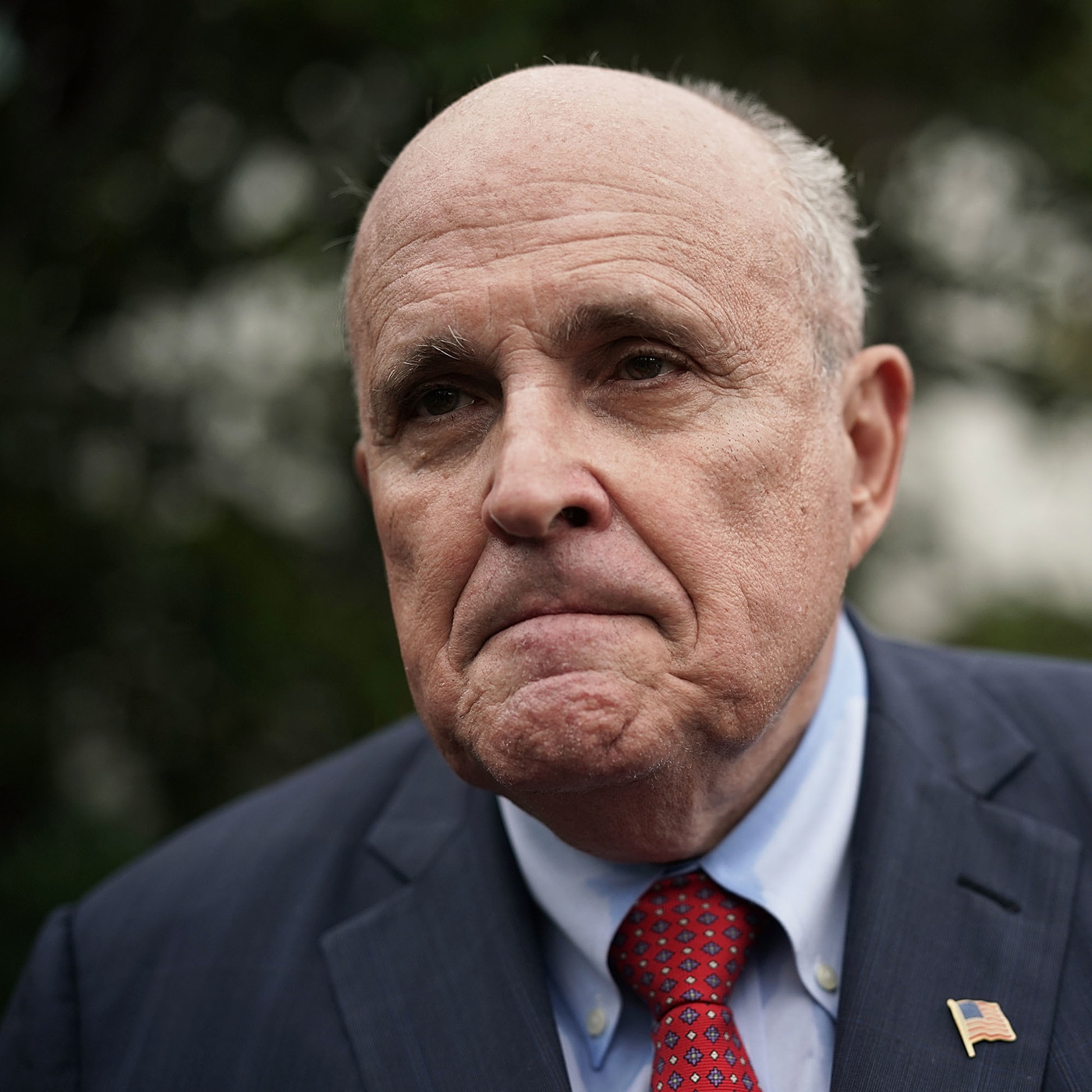 Rudy Giuliani, former New York City mayor and current lawyer for President Trump, whose actions are at the center of the impeachment inquiry into Trump.

The records show that Giuliani, Trump’s personal lawyer, was in frequent contact with the White House; Lev Parnas, a now-indicted Giuliani associate; Rep. Devin Nunes, R-Calif., the top Republican on the House Intelligence Committee; and John Solomon, a former columnist for The Hill who led a smear campaign against former Ambassador to Ukraine Marie Yovanovitch.

Solomon also pushed debunked theories about the Bidens and the 2016 election, including the false theory that Ukraine, not Russia, was responsible for 2016 election meddling, despite the U.S. intelligence community flatly denying this.

One of Giuliani’s calls on April 24 lasted 4 minutes and 53 seconds with a White House number. Later that day, Giuliani had three phone calls with a number associated with the Office of Management and Budget. That evening, the State Department rang up Yovanovitch and abruptly called her home because of “concerns” from “up the street.”

In fact, before Yovanovitch was recalled as ambassador, Giuliani had more than a dozen phone conversations with White House officials.

The calls cited in the report help illuminate just how central Giuliani’s direction was to the ouster of Yovanovitch and the bid to push Ukraine’s new president to announce criminal investigations into the Bidens, according to Bennett Gershman, a former prosecutor who now teaches law at Pace University.

“It shows real circumstantial evidence of just how wide and sprawling the coordinated effort was to dig up dirt on Biden,” Gershman told NPR. “And Giuliani is right at the hub.”

Nunes is one of Trump’s closest allies on Capitol Hill and a fierce critic of the impeachment inquiry.

The phone records indicate that Nunes and Giuliani were in touch regularly last April, just when Giuliani was working a foreign policy back channel to try to convince Ukraine to open an investigation into the Bidens.

Nunes also had a conversation with Parnas, the Giuliani associate who was helping in the effort to dig up dirt on the Bidens.

Democrats say they learned for the first time that Nunes had these contacts after they reviewed the phone logs.

House Democrats say Nunes should have disclosed to impeachment investigators that he had been in communication with Giuliani and Parnas.

Part of Nunes’ defense of the president involved discredited theories that were being peddled by Giuliani and Parnas, just as Nunes was apparently having phone chats with both of them.

Gershman, the Pace law professor and expert on government ethics, took it a step further, saying that Nunes should have recused himself from the impeachment inquiry altogether.

On Fox News on Tuesday night, Nunes said that he did not deny that he had been in touch with Parnas but said he was skeptical about the phone records.

“It’s possible, but I haven’t gone through all my phone records. I don’t really recall that name. I remember that name now because he’s been indicted,” Nunes said. “I’ll go back and check all my records. It seems very unlikely that I’d be checking calls from random people.”

Just as Giuliani was mounting a pressure campaign to get Ukraine to open investigations into the Bidens, he had frequent contact with the White House Situation Room switchboard, the records show.

Some of Giuliani’s contact was with a mysterious “-1” phone number.

A number of phone calls and text messages between Giuliani and a number known only as “-1” has raised questions about whether this person was Trump. Rep. Adam Schiff says he believes at least some of the calls with -1 involved Trump. U.S. House of Representatives hide caption

Democrats were not able to confirm the identity of the person associated with the number, but there is circumstantial evidence that it could be Trump. Rep. Adam Schiff, the chairman of the House Intelligence Committee, told The New York Times that it appears as if some of the calls with -1 involved Trump but that the committee is working “to find out definitively.”

Talking to reporters, Schiff said that the call records show “considerable coordination among the parties, including the White House” to remove Yovanovitch and extort Ukraine by conditioning $391 million in security assistance to the country to a politically beneficial investigation.

Gershman said getting to the bottom of who was on the other side of the -1 phone calls could prove to be critical.

“It could bring Trump not just deeply into this effort to extort Ukraine but could show he’s the director and producer and star of the show,” he said. “It could put Trump right at the head, the person leading this conspiracy.”

The phone records were presumably obtained through a subpoena issued by the Intelligence Committee, but the report never specifies how the logs were secured.

A spokesman for AT&T, Jim Greer, would not comment on the records, only saying the company complies with information requests from all law enforcement agencies.

“In all cases, we ensure that requests for assistance are valid and that we act in compliance with the law,” Greer said.