The border wall set back from the geographical border, in El Paso, Texas. The White House said Thursday that an appeals court ruling has cleared the way for border wall construction to resume. Christian Chavez/AP hide caption 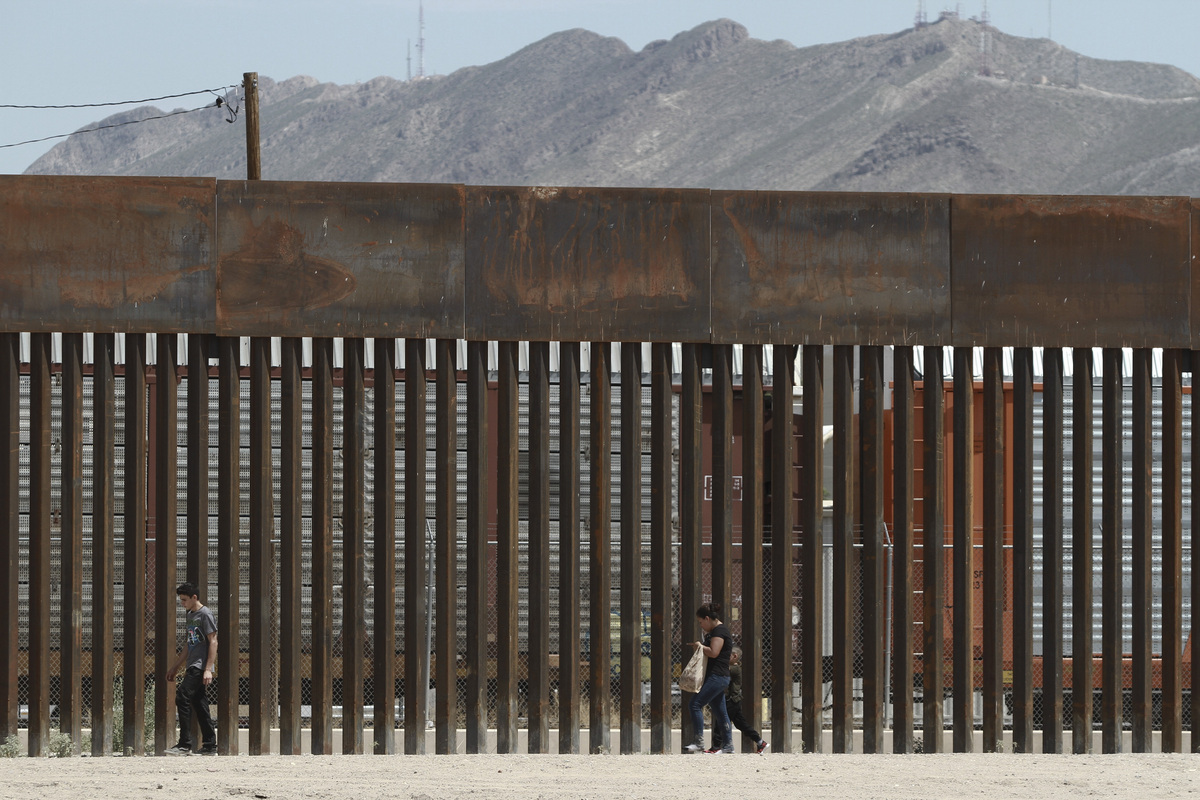 The border wall set back from the geographical border, in El Paso, Texas. The White House said Thursday that an appeals court ruling has cleared the way for border wall construction to resume.

A federal appeals court has handed the Trump administration a victory by allowing the president to tap military construction funds to build a wall along the U.S.-Mexico border.

The court noted that in July, the U.S. Supreme Court lifted a similar freeze on a separate source of military funding that Trump would like to use to pay for border barriers.

“The Government is entitled to the same relief here,” wrote the three-judge panel in the opinion.

On Thursday, the White House welcomed the court’s action, calling the nationwide injunction put in place by the lower court “illegitimate.”

“This is a victory for the rule of law. We are committed to keeping our borders secure, and we will finish the wall,” said White House press secretary Stephanie Grisham.

Opponents say pulling money that was approved by Congress for other military projects in order to pay for border-wall construction is an abuse of power.

Administration officials insist the maneuver became legal after Trump declared a national emergency along the southern border in February 2019. Under the declaration, Trump officials say they have the right to reallocate military construction funding for more-urgent projects, such as the 450 miles of border wall Trump says he wants built by the end of the year.

When the president declared the national emergency over border security, he ordered federal agencies to find $6.7 billion in funding for other government projects to finance construction. The declaration also created a path to another source of border wall funding: money collected in drug interdiction efforts.

In essence, Trump’s declaration enabled him to draw billions more dollars beyond the $1.3 billion Congress specifically authorized for border wall funding. Trump had previously requested $5.7 billion from lawmakers, but Democrats balked at the price tag.

In the 2020 spending package passed in December, Congress maintained border wall funding at $1.3 billion, far below Trump’s request, which he had upped to $8.6 billion.

White House officials are hopeful that drawing funds from other projects appropriated by Congress will raise enough money to pay for the wall.

Critics highlight how then-candidate Trump often declared ahead of the 2016 presidential election that Mexico would pay for the border wall.

Building a wall along the border with Mexico was one of the central proposals of his immigration plan when running for president, and it is a policy the president still often cites to fire up crowds at rallies.

Trump tapped his son-in-law and senior adviser Jared Kushner to help speed up completion of wall, but the project has been plagued by delay.

And protracted legal battles are not the only thing slowing down construction. The government has found the process of seizing private land for the border wall to be vexing, leading critics to question whether Trump will get anywhere near those hoped-for 450 miles of new border barriers.

Lawyers for El Paso County and the Border Network for Human Rights, who originally sued over the controversial funding mechanism, suggested that the legal fight isn’t over.

“We’re confident the district court’s ruling that the president can’t usurp Congress’s power on this spending decision is correct,”said Kristy Parker, a lawyer for the Protect Democracy Project, which is representing groups that sued the administration.

“Even though border wall construction can move forward for now, we expect that in the end, the people of El Paso and the border community will prevail,” Parker said.

On Thursday, Trump sent out a victorious tweet following the appeal court’s order:

“The Fifth Circuit Court of Appeals just reversed a lower court decision & gave us the go ahead to build one of the largest sections of the desperately needed Southern Border Wall, Four Billion Dollars. Entire Wall is under construction or getting ready to start!”