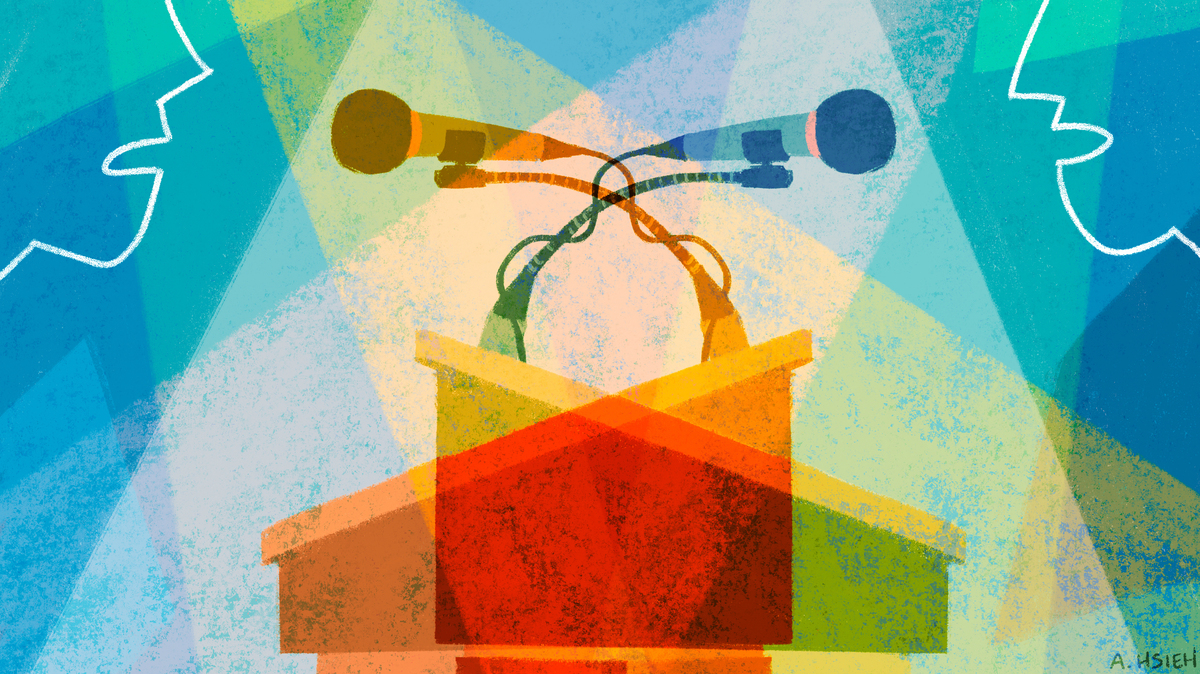 We’re up to the seventh debate, and down to six candidates.

The leading Democratic presidential candidates return to the debate stage Tuesday at 9 p.m. ET — this time in Iowa, which hosts the first-in-the-nation caucuses in less than three weeks.

Just six of the remaining 12 Democratic candidates qualified for this debate, making it the smallest debate stage yet. And all six qualifying candidates are white, reflecting the diminishing racial diversity of the field.

Tuesday’s prime-time tussle comes as Vermont Sen. Bernie Sanders has notably stepped up his criticism of other top-tier candidates, especially former Vice President Joe Biden. The back-and-forth between the two septuagenarians over issues including Biden’s Iraq War vote has illustrated the progressive vs. moderate divide within the Democratic Party.

But in the last few days, a rift has also emerged between the two leading progressives, with Sanders and Massachusetts Sen. Elizabeth Warren breaking a de facto nonaggression pact to trade barbs.

Sanders and Biden have, individually, led the last two polls in Iowa.

A Monmouth University survey released Monday found Biden ahead, with the backing of 24% of likely caucusgoers. Sanders came in at 18%, followed at 17% by Pete Buttigieg, the former mayor of South Bend, Ind., and at 15% by Warren.

Clearly, it’s a tight, jumbled race. And a lot could change, because just 40% of respondents to the Register/CNN/Mediacom survey said their minds are made up about which candidate to support on caucus night on Feb. 3.

4 notes on the next tier of candidates

1. Minnesota Sen. Amy Klobuchar, who’s aiming for a strong finish in Iowa, is back on the debate stage. She was at 8% in the Monmouth poll and at 6% in the Register/CNN/Mediacom poll.

2. Further back in those surveys was billionaire activist Tom Steyer, who swept into this Iowa debate late by virtue of two strong results in polls of Nevada and South Carolina. Steyer has been spending millions of dollars on ads in early states.

3. Speaking of millions — the billionaire former New York City Mayor Michael Bloomberg is not seeking campaign donations, so he’s not fulfilling a qualifying metric for Democratic debates. He’s also not vying for the early states, instead blanketing airwaves across the country with ads in anticipation of delegate-rich states that will vote starting on Super Tuesday, March 3.

4. Entrepreneur Andrew Yang was on the last Democratic debate stage, last month, but missed out this time around after failing to meet the qualifying polling requirement.

Some basics: how to watch a livestream of this debate

The debate — sponsored by CNN and The Des Moines Register and taking place at Drake University in Des Moines — is set to begin at 9 p.m. ET Tuesday.

CNN’s Wolf Blitzer and Abby Phillip and the Register’s Brianne Pfannenstiel will moderate.

You can watch on TV on CNN, and you can stream it — without requiring a login to a cable provider — on CNN.com‘s homepage or on DesMoinesRegister.com.

The debate will also stream, per CNN, “across mobile devices via CNN’s apps for iOS and Android; [and] via CNNgo apps for Apple TV, Roku, Amazon Fire, Chromecast and Android TV.”

Here at NPR.org, we’ll provide live analysis throughout the debate. You can also subscribe to The NPR Politics Podcast for a recap and analysis afterward.

What else has changed since the last Democratic debate?

Iran: Foreign policy hasn’t played a large role in the Democratic contest, but President Trump’s decision to kill an Iranian commander in Iraq has put renewed focus on the Middle East, America’s policy toward Iran and the executive’s war-making authority.

Impeachment: Not much has actually happened with impeachment in the last few weeks. But House Speaker Nancy Pelosi says she will submit the articles of impeachment to the Senate this week, taking another step toward a Senate trial. And with four senators as Democratic candidates, it’s sure to affect their campaign schedules going forward.