Gov. Ralph Northam delivers the State of the Commonwealth address at the Virginia State Capitol on Jan. 8, 2020 in Richmond. On Wednesday, Northam declared a state of emergency ahead of a planned gun-rights rally next week. Zach Gibson/Getty Images hide caption 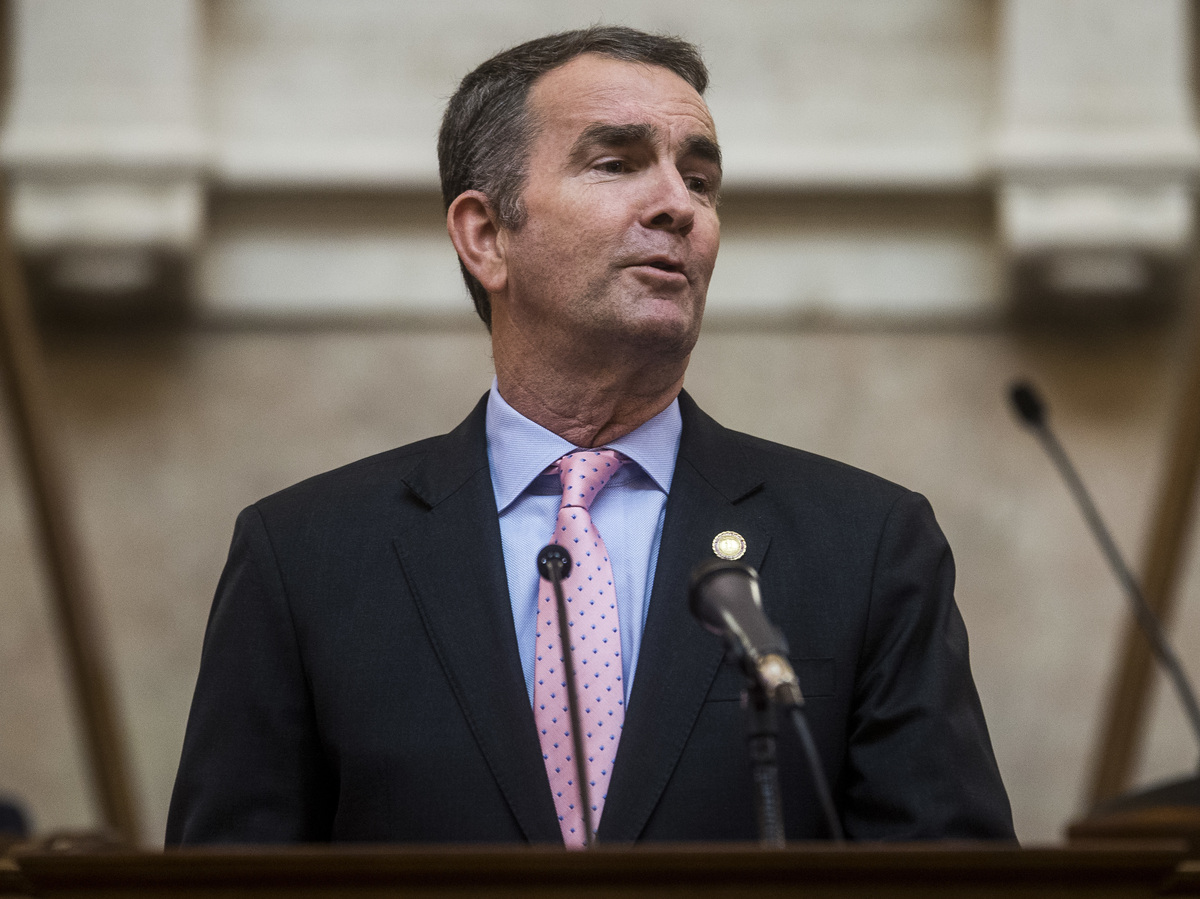 Gov. Ralph Northam delivers the State of the Commonwealth address at the Virginia State Capitol on Jan. 8, 2020 in Richmond. On Wednesday, Northam declared a state of emergency ahead of a planned gun-rights rally next week.

Fearing potential violence, Virginia Gov. Ralph Northam is declaring a state of emergency and banning firearms and other weapons on the capitol grounds in Richmond ahead of a gun-rights demonstration planned for next week.

“We have received credible intelligence from our law enforcement agencies that there are groups with malicious plans for the rally that is planned for Monday,” Northam said during a press conference Wednesday afternoon.

Gun rights supporters are preparing to converge on Richmond for a lobbying day and pro-gun rally Monday morning. They’re opposed to efforts by Virginia Democrats — who’ve just taken over control of the Virginia legislature following the November 2019 elections — to pass a slate of gun control bills backed by Northam.

The event, hosted by Virginia Citizens Defense League, is expected to draw thousands of armed demonstrators, some from out of state. Organizers have said they hope to hold a peaceful event.

But Northam said officials also have heard reports of “out-of-state militia groups and hate groups planning to travel from across the country to disrupt our democratic process with acts of violence” who he said “are coming to intimidate and to cause harm.”

Northam is raising concerns about a reprise of the deadly violence surrounding the white supremacist march in Charlottesville in August 2017. He said state intelligence analysts have identified threats and rhetoric online that mirrors the chatter they were picking up around that time.

“Please know that we have been preparing extensively to protect public safety at Monday’s rally. But no one wants another incident like the one we saw in Charlottesville in 2017,” Northam said.

On a Facebook page organizing the gun rights demonstration hosted by the Virginia Citizens Defense League, several commenters expressed frustration at Northam’s move to restrict guns from the capitol grounds. One wrote, “This is simply a move to infringe on not only our 2nd Amendment rights but our 1st Amendment rights as well.”

Northam asked organizers of the event to “disavow” any groups who would threaten violence.