President Trump takes questions on the coronavirus during a briefing at the White House on Saturday. Tasos Katopodis/Getty Images hide caption 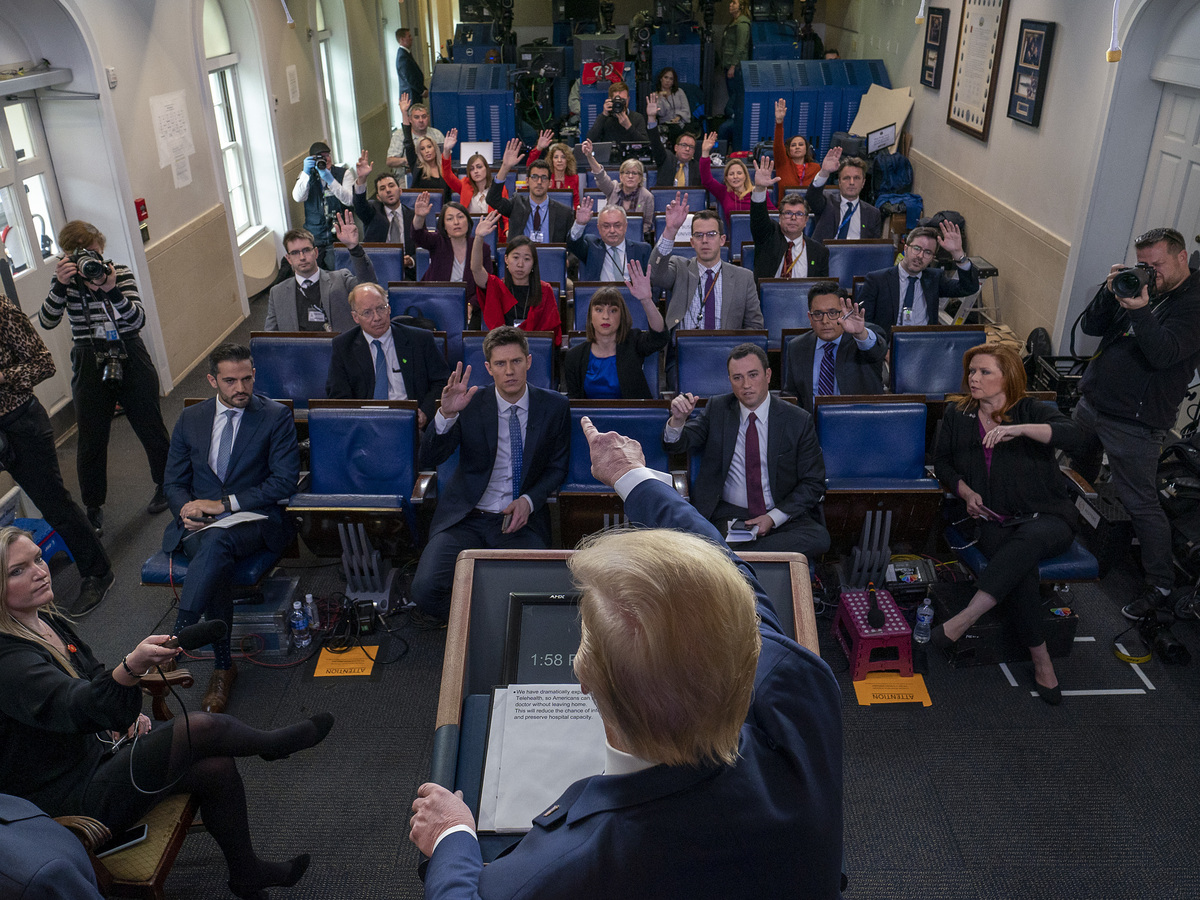 President Trump takes questions on the coronavirus during a briefing at the White House on Saturday.

Officials on the White House’s coronavirus task force — and potentially President Trump as well — are expected to give an update Sunday on the latest in the government’s response to the pandemic.

The briefing comes after Kentucky Republican Sen. Rand Paul became the first U.S. senator to announce he’s tested positive for COVID-19. His deputy chief of staff says Paul is asymptomatic and in quarantine and “was tested out of an abundance of caution due to his extensive travel and events.”

On Saturday night, the press secretary for Vice President Mike Pence said he and his wife both tested negative for the virus, after a member of Pence’s staff had tested positive.

The update from the task force also comes as congressional leaders continue to search for an agreement on the latest — and largest — coronavirus response bill.

During Saturday’s briefing, Pence said more than 195,000 people have now been tested for the virus nationwide. But that number is still incomplete, as the administration says it is waiting for data from county hospitals and health care labs around the nation. That information should be available at some point this week, according to administration officials.

At Saturday’s briefing, Adm. Brett Giroir, who is leading the administration’s testing efforts, stressed that people who do not have symptoms should not be trying to get tested, even as tests start to become more widely available. That’s because the very act of administering a test takes up medical resources that are in short supply.

Health officials should prioritize testing health care workers, people in long-term health care facilities and people older than 65 or who have underlying health conditions, according to Giroir, and only if they are symptomatic.

The global death toll from the virus has now surpassed 14,000 people, according to data from Johns Hopkins University. Within the U.S., there were more than 31,000 cases as of Sunday afternoon.