President Trump holds the daily briefing on the coronavirus at the White House on Monday. Brendan Smialowski/AFP via Getty Images hide caption 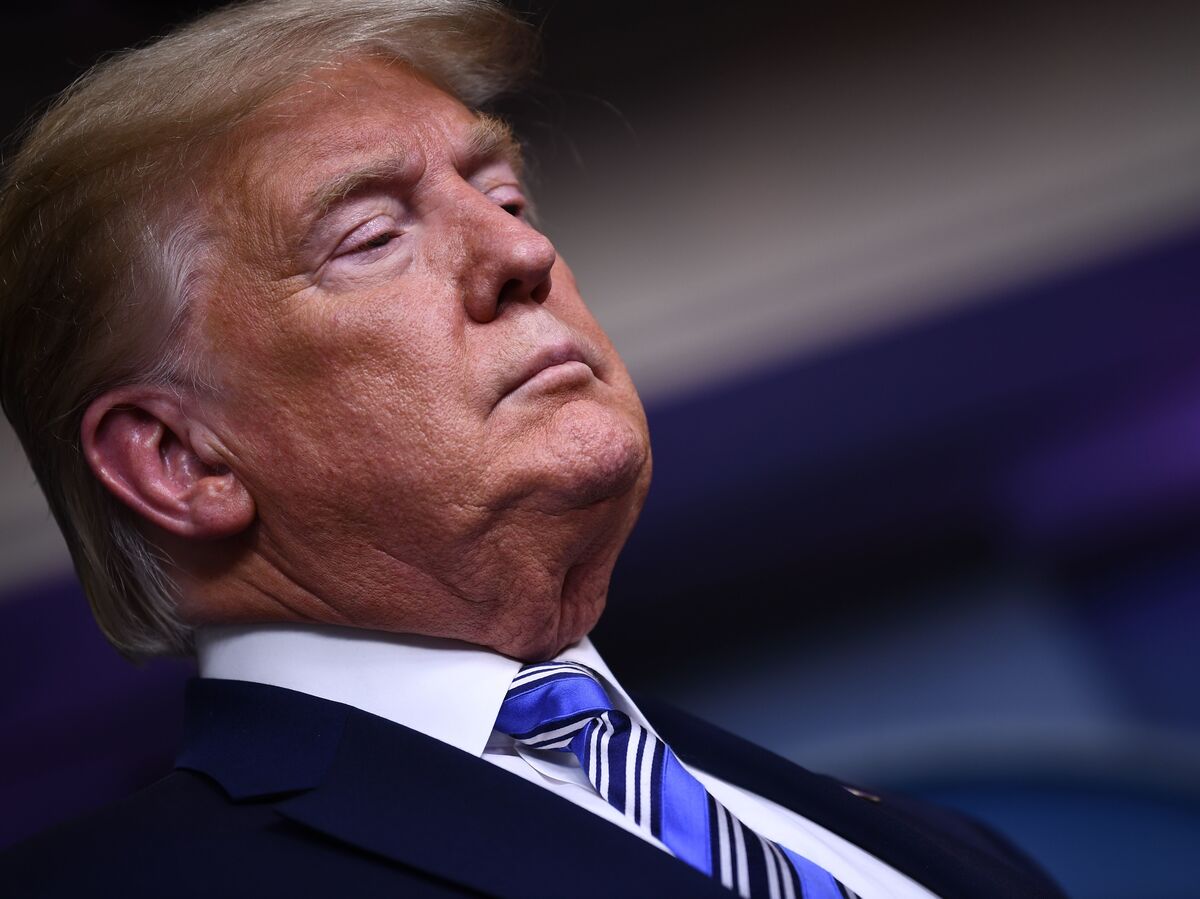 President Trump holds the daily briefing on the coronavirus at the White House on Monday.

President Trump stressed what he called the need to reopen America for business on Monday even as he said the government also would continue tackling the spiraling coronavirus pandemic.

The White House’s team will make an assessment after next week as to how effective social distancing and other mitigation measures have been in stifling the spread of the virus, said Vice President Pence.

It’s possible at that time that Washington could lift some of the restrictions that have paralyzed the economy, Trump and Pence suggested, but they offered no guarantees and the details weren’t clear.

Trump said that he didn’t know when life would get back to normal but said it would be “a lot sooner than three or four months” and that he didn’t want the pandemic to disrupt the nation so badly that today’s economic foundering curdles into a depression.

“We’re not going to let the cure be worse than the problem,” Trump said.

Trump has come under pressure to at least give a date by which life might start to get back to normal. The isolation, quarantines and closures imposed to slow the spread of the coronavirus have crippled many sectors of the economy.

The nation is eight days into this 15-day period, Pence said: “We’re doing this.”

It wasn’t clear precisely what assessment, or by whom, would take place at the end of the period and what metrics would be involved with deciding about preserving social distancing and other mitigation measures — or relaxing them.

Dr. Deborah Birx, a leader on the White House’s coronavirus response task force, said only two countries have climbed to the peak of infection curves and then subsided: China and South Korea.

Those were eight-to-10-week curves, she said.

Infections in other nations, including the U.S., are still climbing. And compounding the problem in monitoring the virus within the United States is that it was introduced in different places at different times, Birx said.

Washington state, she said, is about two weeks ahead of New York state. So notwithstanding Trump’s optimism about a quick return to normalcy, Birx’s description suggested that different parts of the country would continue to climb through their infection curves at different rates, requiring different responses.

Trump, all the while, sought to talk up what he said would be the quick return to business as usual, which he said would “not take months.”

The president described his vision for a coming period of weeks in which America might both try to get back to work but also continue to fight the virus: “We’re going to come up with a date,” he said.

Continued Trump: “We can do two things, three things, at once. We can do that and we can have an open country, an open economy.”

Meanwhile, members of Congress and Trump are grappling over the practical politics associated with passage of a new relief and stimulus package.

Congress wants to try to ease the economic shock afflicting the United States as Americans stay home and avoid large groups — with grievous consequences for restaurants, brick-and-mortar businesses and travel.

The latest legislation has failed two procedural votes since Senate Majority Leader Mitch McConnell, R-Ky., attempted to bring it in for a landing over the weekend.

Democrats are continuing to negotiate with majority Republicans, but they say they’ll agree only to something that they say does more to help what they call individual cases, as opposed to offering the most support to airlines or other big players.

Trump didn’t have an update on Monday, but he said he hoped lawmakers could reach a breakthrough.

“They have to get together and stop with the partisan politics,” he said.

Birx said on Monday that the latest mortality data she has seen from Europe affirms the perception that the coronavirus is toughest on the oldest and sickest.

The older the patient and the more preexisting conditions the person has, the likelier that a fatal infection occurs, Birx said.

That doesn’t mean that younger people can’t become seriously ill, she said — and authorities also warn that people can carry and transmit the virus without necessarily becoming very sick.

All the same, no child in Europe under 15 has died, Birx said. And officials are aware of only one case — in China — in which someone age 14 died from the infection.

“That should be reassuring to the moms and dads out there,” she said.

In three heavily afflicted states — New York, California and Washington — governors and their aides are getting access to National Guard troops and resources via the Federal Emergency Management Agency following an order on Sunday by Trump.

The National Guard can support emergency operations for months, he said, in whatever range of ways the nation needs.

“Because we bring trained units and leaders and people who can take on really any task you need people to do — some people, for instance, in California, they’re managing food banks,” Lengyel said. “Arizona recently started using some National Guard members to stock shelves.”

And in countless other places, everyday Americans, medical workers and elected leaders are coming to terms with a continued increase in coronavirus cases, which topped 40,000 on Monday — up from just over 6,000 a week before. Around 500 people have died.

Millions of people could be out of work. Children across the country are home from school as states and districts cancel classes for weeks or more.

Virginia Gov. Ralph Northam, a Democrat, said on Monday that he was ordering schools in the commonwealth not to reconvene for this academic year and also ordered business such as gyms and theaters to close.

Officials also have warned that as the government closes the gap between its testing capacity and what officials call the valid cases in which people want tests, the results could show a disturbing expansion of the virus around the country.

“This is going to be bad, and we’re trying to make it so that it’s much, much less bad,” Trump said at the White House news conference.

Attorney General Bill Barr said on Monday that the Justice Department would crack down on people hoarding medical equipment or supplies as authorities discovered them.

Each of the department’s 93 U.S. Attorney’s Offices is appointing an official who’ll be charged with prosecuting hoarding or other such cases, Barr said.

The Justice Department also has said it’s targeting scammers taking advantage of the crisis, including those offering a “vaccine” for sale — as yet there is no vaccine available for the coronavirus.

Praise for the Fed

Trump said he called Federal Reserve Chair Jerome Powell on Monday and praised his actions in response to the pandemic.

The Fed has cut the costs of borrowing to zero, and Powell has vowed that the central bank will buy as many Treasury securities as necessary to support the economy.

Trump has faulted Powell many times for what he has called poor or sluggish management at the Fed, but on Monday the president said he called the Fed chair and told him, “You’ve done a really good job. I was proud of him. That took courage.”

She did not appear at the news conference with the president and other officials on Monday, but Trump said, “She’s great — she’s fine.”

Trump’s news about the first lady confirmed that both the two of them as well as Pence and his wife, Karen, all have been tested and have learned that they have not been infected.

Trump did not call the disease “the Chinese virus” on Monday and said in his briefing and on Twitter that he worried about aggression toward Asian Americans.

The president had continued to use the term “Chinese virus” in the face of questions and criticism, defending the phrase as a legitimate descriptor based on the virus’ origins in the Chinese province of Hubei.

On Monday, however, Trump changed his tune. At one point the president alluded to a virus that took the nation by surprise “from wherever,” and he stressed that there was no link between Asians or Asian American people and the coronavirus.

“It seems like there could be a little bit of nasty language toward Asian Americans,” the president said, adding that he doesn’t like that. Trump said he wants to include Asian Americans in what he has called the national campaign to fight the pandemic.

It is very important that we totally protect our Asian American community in the United States, and all around the world. They are amazing people, and the spreading of the Virus….