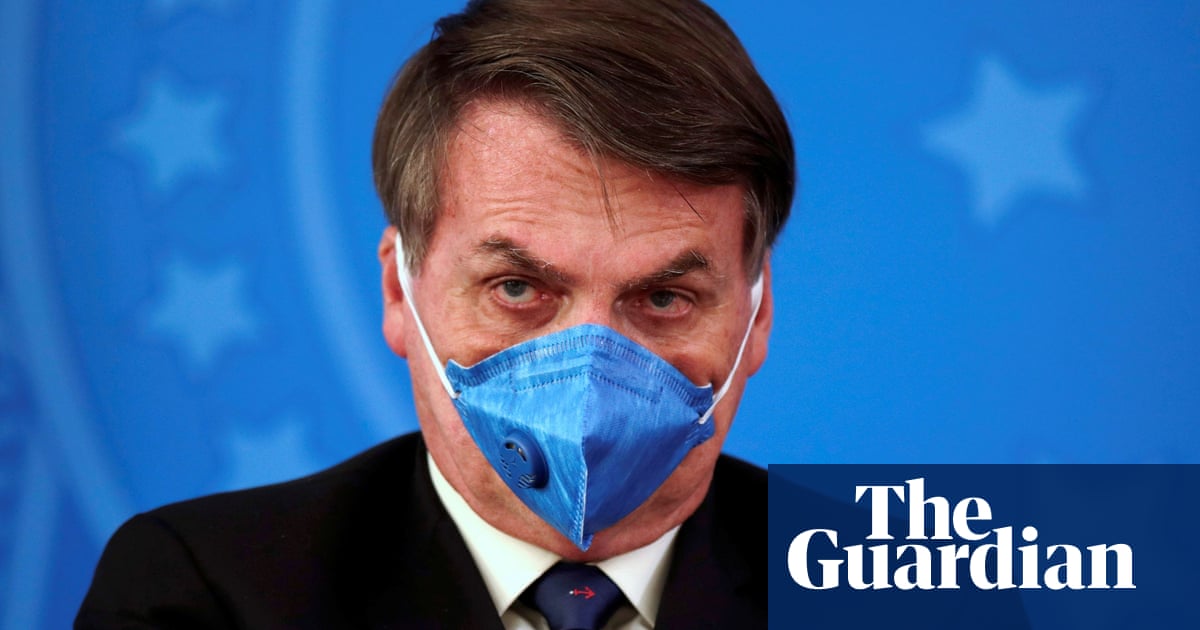 Brazil’s president Jair Bolsonaro has tried to reassure his citizens over the threat of coronavirus by claiming Brazilians can bathe in excrement “and nothing happens”.

As Brazil’s Covid-19 death toll rose to 77, Bolsonaro scotched the idea Latin America’s biggest economy could soon face a situation as severe as the United States, where there have been more than 1,000 deaths and more than 83,000 cases.

“I don’t think it will reach that point,” Bolsonaro told reporters outside the presidential palace in the capital, Brasília.

“Not least because Brazilians need to be studied,” the right-wing populist added.

“They never catch anything. You see some bloke jumping into the sewage, he gets out, has a dive, right? And nothing happens to him.”

Without offering any scientific evidence, Bolsonaro continued: “I think it’s even possible lots of people have already been infected in Brazil, a few weeks or months ago, and have already got the antibodies that help it not to proliferate”.

Facts do not support Bolsonaro’s insinuation that Brazilians are somehow immune to dangerous infections.

On Thursday Brazil’s health ministry said that its coronavirus death toll had risen to 77, up from 46 on Tuesday. So far 2,915 cases have been confirmed.

A report in the Folha de São Paulo, a leading Brazilian broadsheet, suggested there had been a “vertiginous” rise in the number of people being admitted to hospital with severe respiratory failure since late February when the Covid-19 case was detected.

“In the last two weeks there has been an explosion … possibly because of coronavirus,” a researcher from Fiocruz, Brazil’s leading biomedical research centre, told the newspaper, describing an “unprecedented” situation.

Bolsonaro’s flippant response to the crisis – which he has dismissed as a fantasy and a media “trick” – has been widely condemnend.

Kim Kataguiri, a right-wing congressman who supported Bolsonaro before his 2018 election but has since become a critic, said the president’s “erratic, irresponsible and populist” antics were putting Brazilians at risk.

“It’s pretty clear he is primarily interested in his re-election and very little about actually fighting coronavirus,” Kataguiri said.

“Unfortunately we currently have an inconsequential leadership that doesn’t bother about having a technical basis for its statements and the decisions it takes.”

“I feel worried,” Kataguiri added. “We are facing the worst health crisis of this century. We are probably going to experience the worst economic crisis in Brazil’s history … And at the moment we most need a strong executive, it shows this lack of responsibility and sensitivity towards the situation.”