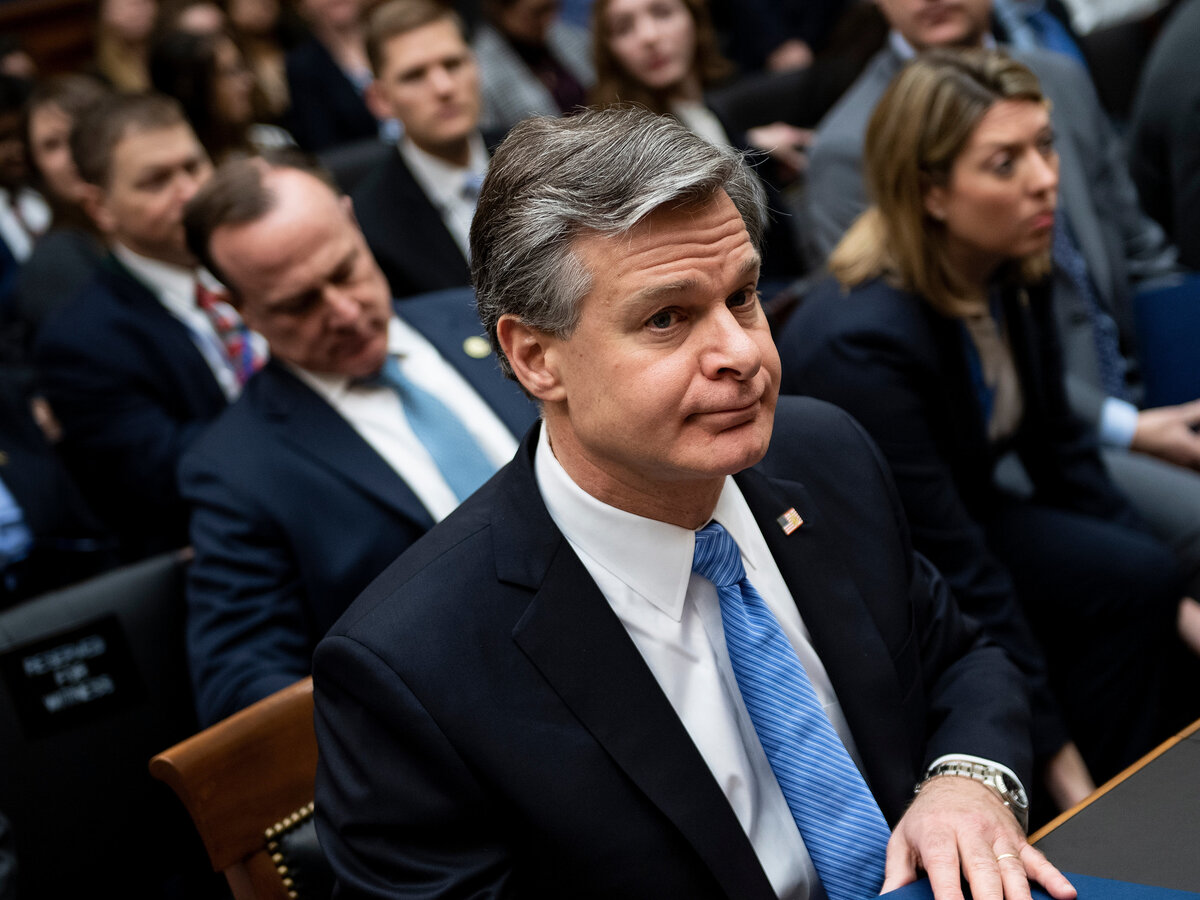 FBI Director Christopher Wray on Capitol Hill in February. Wray has launched a review into the bureau’s investigation of Michael Flynn.

FBI Director Christopher Wray has ordered an internal review of the bureau’s investigation into former national security adviser Michael Flynn to determine whether any misconduct occurred in the probe.

The bureau said in a statement Friday that the after-action review also will evaluate whether any changes need to be made to internal FBI procedures or policies.

Wray’s decision comes two weeks after the Justice Department’s controversial move to reverse course and drop its case against Flynn, who pleaded guilty in 2017 to lying to the FBI about his contacts with the Russian ambassador to the United States.

The court has not yet granted the government’s motion to dismiss.

In court documents, the department says FBI agents were on the verge of closing a counterintelligence investigation into Flynn, but decided at the last minute to keep it open after learning of phone calls he had had with the Russian diplomat.

A few weeks later, FBI agents interviewed Flynn, who by then was President Trump’s national security adviser. It was in that interview that Flynn gave misleading statements about his communications with Russia’s envoy.

He was forced out as national security adviser after less than a month on the job for lying to Vice President Mike Pence about his talks with the Russian diplomat.

Since then, he has accused the government of misconduct, and says he was unfairly targeted by the FBI.

Attorney General William Barr earlier this year appointed an outside U.S. attorney, Jeff Jensen, to review the Flynn case. The FBI cooperated with Jensen, who after looking over the case materials recommended that the prosecution be dropped.

The department has said in court papers that there was no legitimate investigatory basis to interview Flynn, and that any false statements he might have made were not material.

“Director Wray authorized this additional level of review now that the Department of Justice, through Mr. Jensen’s work, has developed sufficient information to determine how to proceed in the Flynn case,” the FBI’s statement said. “However, Mr. Jensen’s work will continue to take priority, and the Director has further ordered the Inspection Division to coordinate closely with Mr. Jensen and ensure that the review does not interfere with or impede his efforts.”

The Inspection Division will lead the FBI’s internal review. It does not have the authority to bring a criminal case, but it can evaluate whether any current employees engaged in misconduct that merits disciplinary action.