Protesters across the country have been demanding police reform since the death of George Floyd, who died after being restrained by Minneapolis police officers on Memorial Day. John Minchillo/AP hide caption 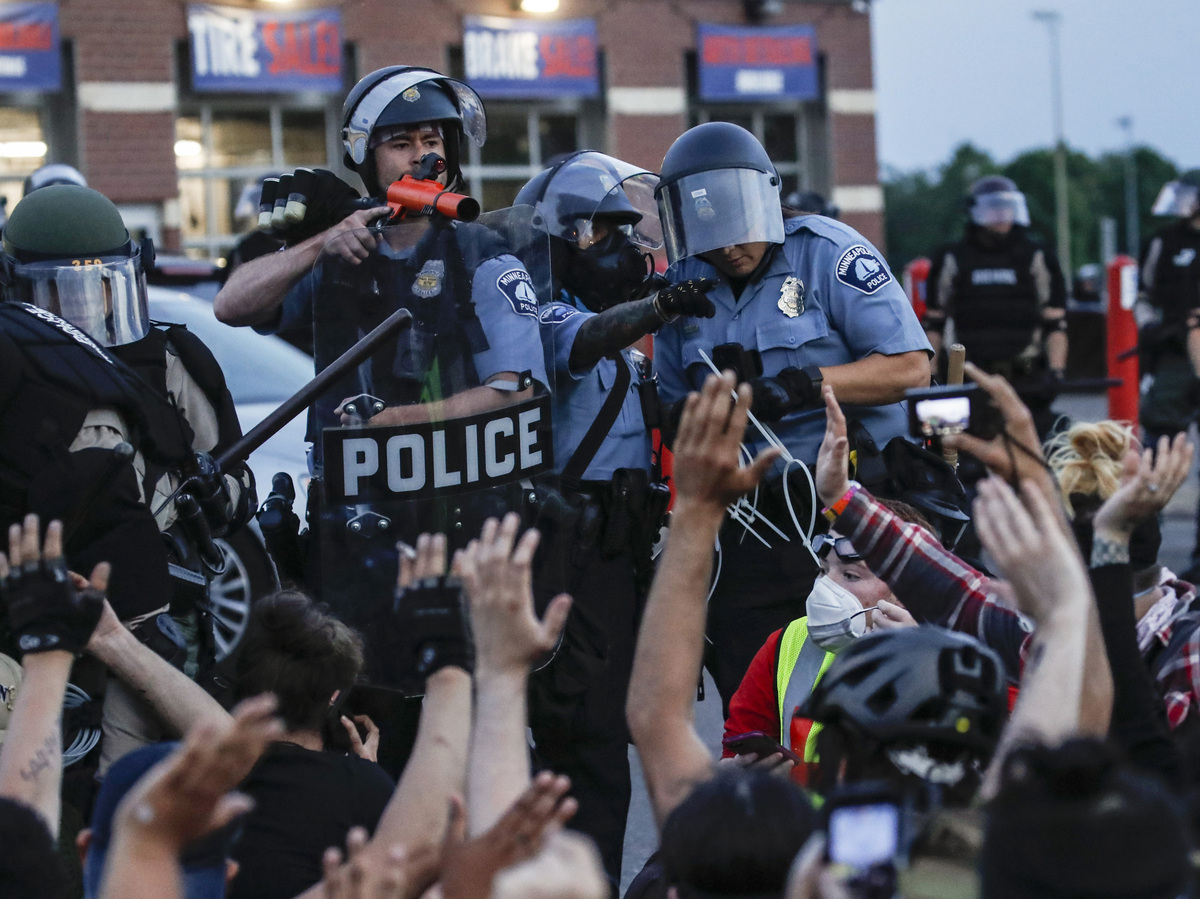 Protesters across the country have been demanding police reform since the death of George Floyd, who died after being restrained by Minneapolis police officers on Memorial Day.

Minnesota Lt. Gov. Peggy Flanagan announced on Tuesday the state’s Department of Human Rights is launching an investigation into the Minneapolis Police Department’s practices and policies over the last decade.

The department filed a discrimination complaint against the police, which has come under fire since the death of George Floyd after then-Officer Derek Chauvin pressed his knee into the man’s neck for more than eight minutes.

Chauvin was subsequently fired and charged with third-degree murder and manslaughter.

At least three other officers participated in Floyd’s arrest and restraint, but they all ignored the 46-year-old’s pleas for help as he narrated his own death. None of the officers has been charged.

Floyd’s videotaped death has sparked widespread protests across the country with demonstrators calling for police reform among other social justice changes.

“This is not a friendly action, but this is the necessary action,” Flanagan told NPR.

She added the human rights department will “use their investigatory authority as a tool to support the city and their efforts to make deep, systematic change.”

Flanagan said change “is so deeply needed so that people can feel safe in their communities and know that they are protected by law enforcement instead of fearing law enforcement.”

“We’ve got a really incredible state — if you’re white. If you are a person of color, if you are indigenous, if you are an immigrant or refugee, the opposite is true. There are historical entrenched disparities in education and health care and housing and wealth and nearly every single aspect of life here.”