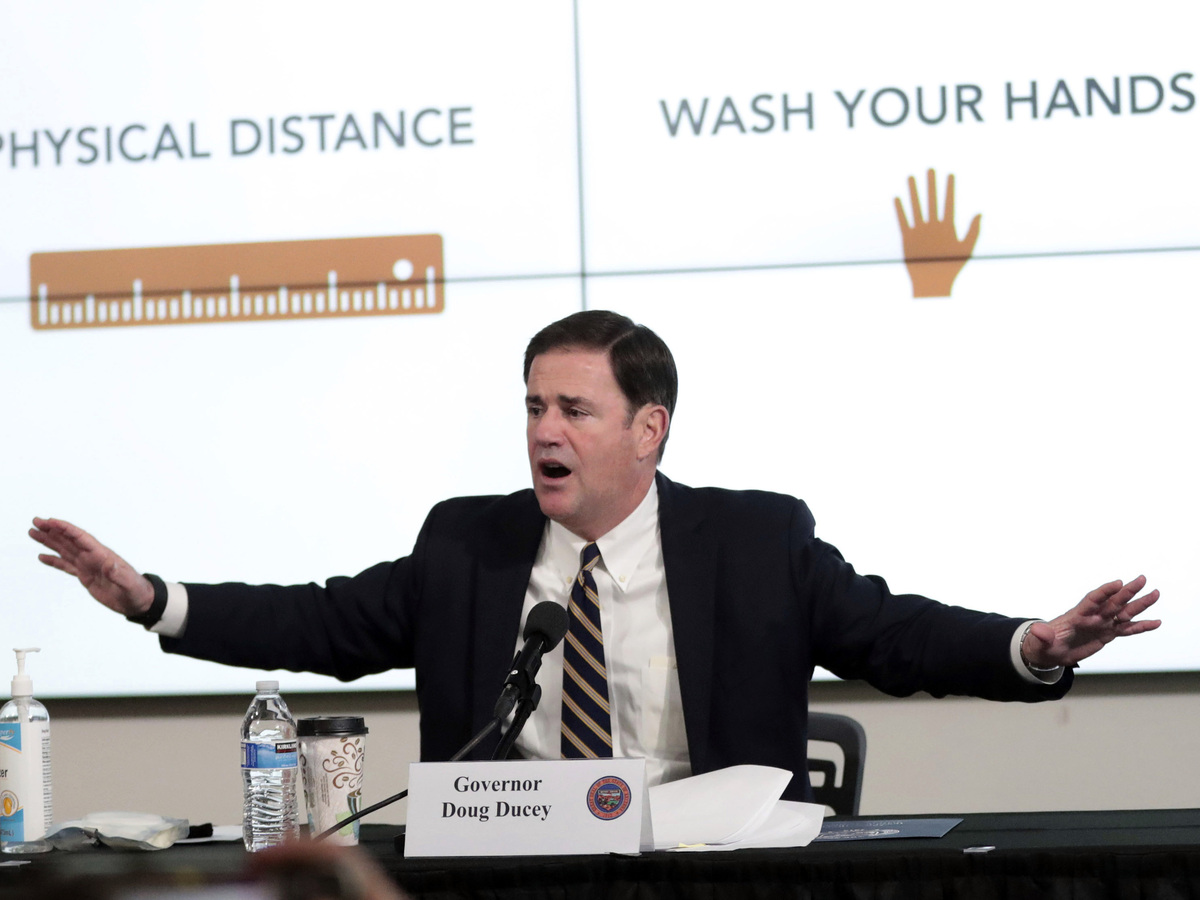 Arizona Gov. Doug Ducey updates reporters on the coronavirus pandemic during a news conference in Phoenix on Monday.

In an about-face, Arizona’s Gov. Doug Ducey has ordered the states bars, gyms, movie theaters and water parks to shut down for at least 30 days amid thousands of new coronavirus cases in the state.

Ducey issued the order Monday to go into effect from 8 p.m. local time, citing concern over a recent spike in new cases – including a one-day record of more than 3,800 in the state on Sunday. It was the seventh time in the past ten days that new cases in Arizona exceeded 3,000. He also ordered public schools to delay the start of classes until Aug. 17.

“Our expectation is that our numbers next week will be worse,” he said, describing the state’s coronavirus data as “brutal.”

Most of the state’s bars and nightclubs reopened after Ducey’s stay-at-home orders expired in mid-May. The original order allowed bars with food service to reopen even earlier than White House guidelines recommended.

Under the latest order, the state’s Department of Liquor Licenses and Control will suspend special event and festival licenses, although a city or county would be allowed to approve a large gathering, if social distancing and other safety guidelines are followed.

“Arizonans have been, by and large, terrific, fantastic and responsible,” the Republican governor said at a news conference Monday afternoon.

However, he noted “the photos and videos of some of the things that were happening around our state this weekend, and the result of that (type of activity) has been an increase in the spread.”

Ducey called his new order a “targeted approach” intended to “pump the brakes” on the pandemic response.

Vice President Pence is set to travel to Phoenix on Wednesday, where he will meet Ducey to discuss the state’s coronavirus response, according to Pence’s office.

Ducey on Monday described the anticipated July 27 expiration of the order as “aspirational,” saying lifting it then would depend on the numbers of cases and hospitalizations.