Scientists Peer Inside an Asteroid – Is Bennu in the Process of Spinning Itself Into Pieces? – SciTechDaily

Chrome OS may finally be getting a dark mode – The Verge

Sen. Roy Blunt, R-Mo., left, and Senate Majority Leader Mitch McConnell of Ky., maintain social distancing as they attend a press conference after meeting with Senate Republicans at their weekly luncheon on Capitol Hill in May. Patrick Semansky/AP hide caption 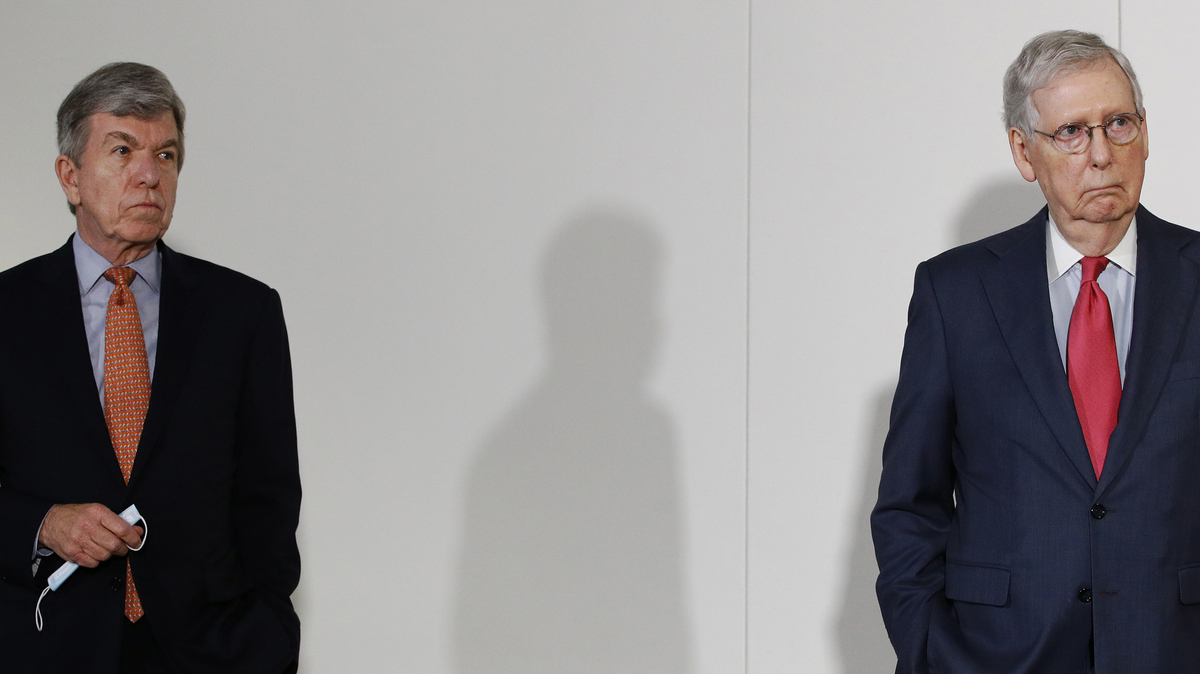 Sen. Roy Blunt, R-Mo., left, and Senate Majority Leader Mitch McConnell of Ky., maintain social distancing as they attend a press conference after meeting with Senate Republicans at their weekly luncheon on Capitol Hill in May.

Ever since the pandemic struck, state and local election officials across the country have made it clear: To avoid an election disaster in November, they need more money now.

Congressional Republicans are now signalling a new willingness to provide that, after initial fears from voting rights advocates that the federal government would provide no more support than the $400 million that came as part of a March relief package.

Experts expect as many as 70% of all ballots cast in November’s presidential election will be cast through the mail, a quick and radical shift that will require equipment upgrades and greatly increase costs for cash-strapped states and counties. During the 2018 midterms, about a quarter of ballots were cast by mail.

Officials across the country, like Lynn Bailey, who is the board of elections executive director of Augusta, Ga., are looking ahead to November and wondering how they will pay for it.

Bailey testified Wednesday as part of an Election Assistance Commission hearing about the 2020 primaries. She said Georgia’s June 9 primary cost about 60 percent more than a normal election would have in her jurisdiction, due to adjustments made as a result of the pandemic.

“We had about a 35 percent turnout rate in our jurisdiction in this past election, and we know that in November that number will likely double,” Bailey said. “We can only expect therefore that our budget will likely double over what we spent this time, if not more.”

Similarly, the executive director of Kentucky’s state board of elections testified that the state had already spent the majority of money Congress allocated in March just on the state’s primary in late June.

“We can’t afford not to get the money [from Congress],” said Wendy Weiser, who directs the Democracy Program at NYU’s Brennan Center for Justice. “The consequences would be so dire. It would be so devastating, not just to our election, but to America’s standing in the world overall.”

Democrats in Congress have supported a massive influx of elections funding virtually since the onset of the pandemic to help the country adjust to voting during a national emergency. The Brennan Center estimated the total cost of such adjustments to be $4 billion, which is how much was allocated in a proposal that passed the Democratic-controlled House in May.

What’s unclear now is how much Senate Republicans are actually willing to approve as part of the next relief package that Congress is expected to begin negotiating later this month.

After the CARES Act was passed in March, “there was a time it looked like more funding would be off the table,” Weiser said.

But, she added, it’s only become more apparent since, after a number of primaries saw huge lines and bungled mail voting expansions, why the funding is necessary.

“We’ve already had four months slip between our fingers,” said Colorado Secretary of State Jena Griswold. “The decision on whether to act or not is really the decision of whether you want your citizens to have to risk their health to have their voice heard in November.”

The Centers for Disease Control and Prevention also released new guidances for elections safety that noted that in addition to providing “a wide variety of voting options,” election administrators must also adjust their Election Day precincts to respond to the pandemic. They will need to provide adequate hygiene supplies and try to find bigger spaces that provide more room to social distance, all of which will cost more money.

While President Trump has made a series of false claims in an effort to discredit voting by mail, many state and congressional Republicans support efforts to expand it.

Senate Rules Committee chair Sen. Roy Blunt, R-Mo., said on the Senate floor before lawmakers went on recess, that he was “prepared to look at more money for the states to use for elections this year.”

The Senate Rules Committee, which has jurisdiction over federal election law, is expected to hold a hearing about elections safety in late July, which may also be a precursor to more funding being approved.

“We continue to work toward an election that produces a result that people have confidence in,” Blunt said. “And done in a way that everybody that wants to vote, gets to vote.”

In addition to more money, Democrats had wanted broader policy changes, including mandated weeks of early voting and universal access to mail ballots nationwide, but Senate Majority Leader Mitch McConnell, R-Ky., has said that such requests are a non-starter.

While many congressional Republicans have voiced support for mail voting as an option for voters, they are loathe to have the federal government set national standards over U.S. elections, which are run mostly by the individual states and localities.

Senate Democrats now seem resigned to the fact that more money may be the most they can get. Still, they are pushing for individual states to greatly expand access to mail voting, and they see providing more funding as a means to allow that.

“I would rather put ballots in the mail, than voters in the hospital,” said Senate Rules Committee ranking member Sen. Amy Klobuchar, D-Minn.