President Trump at a July 7 meeting about reopening schools amid the coronavirus. The White House says his work on the pandemic means he needs more time to file an annual financial disclosure. Chip Somodevilla/Getty Images hide caption 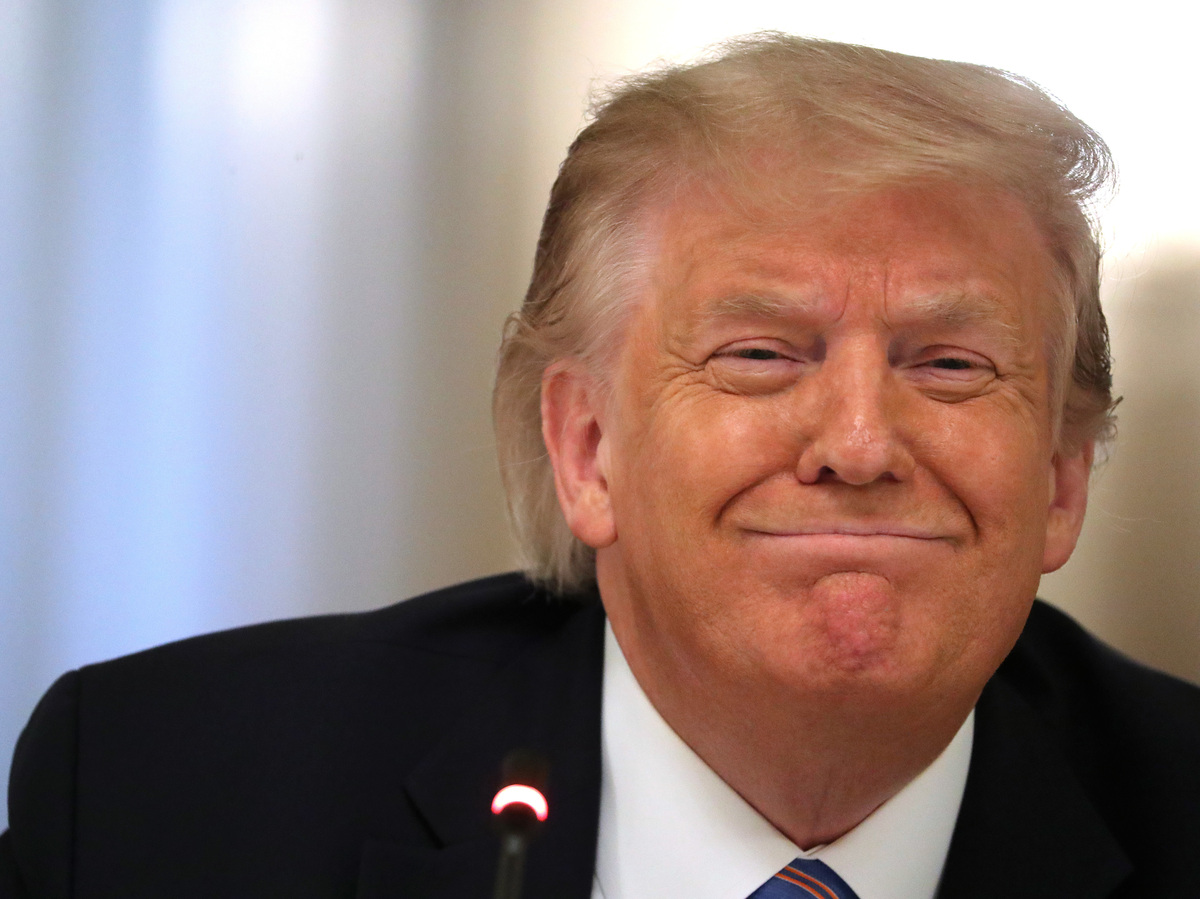 President Trump at a July 7 meeting about reopening schools amid the coronavirus. The White House says his work on the pandemic means he needs more time to file an annual financial disclosure.

On a day when legal battles over President Trump’s tax records and other financial information are at center stage, another key piece of the president’s financial picture remains out of view. Trump has received a second extension to file his annual financial disclosure, which originally was due on May 15.

The report, required to be filed each year, provides basic information about Trump’s finances — unlike the detailed tax returns and other data sought by Congress and the New York district attorney that was at the heart of two U.S. Supreme Court rulings on Thursday.

In early April, the Office of Government Ethics issued a memo to federal agency ethics officials telling them they could grant 45-day extensions to the mandatory annual financial disclosure reports because of the coronavirus pandemic and “may also grant a second 45-day extension upon written request.”

Vice President Pence filed his disclosure form on the new June 29 deadline. President Trump chose to ask for another extension.

“The president has a complicated report and he’s been focused on addressing the coronavirus crisis and other matters,” a White House official who declined to be named said in a statement. “As a result he’s been given an additional 45 days, but the president intends to file as soon as possible.”

An official from the Office of Government Ethics wouldn’t comment on individual filers but explained that each agency determines whether an extension is in order. So, in this case, the Trump White House would be deciding whether President Trump had a reasonable need for delay.

Pence’s relatively simple filing disclosed a few thousand dollars in book royalties that second lady Karen Pence received for a picture book about their pet bunny, Marlon Bundo’s A Day in the Life of the Vice President. It also showed that Pence received nearly half a million dollars from a legal defense fund for the costs of an attorney for the Mueller investigation into Russian interference in the 2016 presidential election.

In previous years, Trump’s financial disclosures have been much longer and more complicated than Pence’s, though they have come in on time. Breaking with past precedent, Trump didn’t divest from his family’s businesses when he became president, handing over day-to-day management to his sons.