Snowflake May Melt Before Your Eyes – Seeking Alpha

Can Yoshihide Suga step out of Shinzo Abe’s shadow (and does he want to)? – The National

The Emmys accidentally give Jason Bateman an Emmy, quickly apologize and take it back – The A.V. Club

Wolff takes lead into final round at U.S. Open – pgatour.com 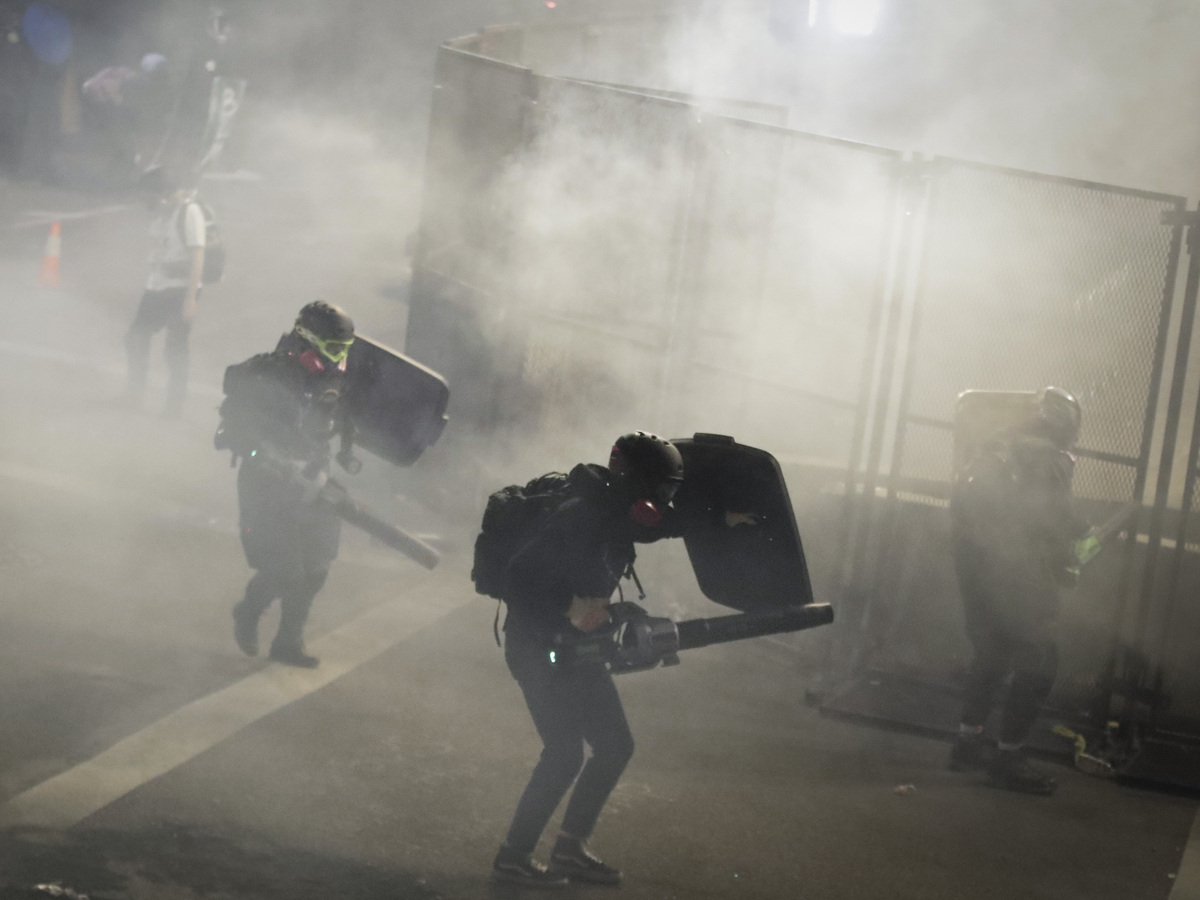 Demonstrators use leaf blowers to try to blow back tear gas launched by federal officers during a Black Lives Matter protest at the Mark O. Hatfield United States Courthouse on Sunday in Portland, Ore.

Confrontations continued overnight Sunday between protesters and federal law enforcement in Portland, Ore., as hundreds gathered in the city’s downtown for the 60th consecutive day of demonstrations following the Memorial Day killing of George Floyd. Tensions have continued to ratchet up due to the Trump administration’s deployment of federal agents in the city.

Portland police said a bag containing Molotov cocktails and loaded rifle magazines was discovered near Lownsdale Square Park, across the street from a federal courthouse, where some of the most recent clashes between demonstrators and law enforcement have taken place.

Police said the crowd on Sunday spent hours chanting near the Mark O. Hatfield United States Courthouse and banging on the metal fence that was erected to protect the building. Things took a violent turn around 11:45 p.m.

Tonight Portland Police were near Lownsdale Square Park. A person pointed out a bag to them. Inside the bag Police found loaded rifle magazines and Molotov cocktails pic.twitter.com/ytpu9pZjqG

“People began launching mortar-style fireworks over the fence,” police said in a statement early Monday. “A short time later people climbed over the fence, entering the portico. At about that time a group lit a large fire in Lownsdale Square Park. People in the crowd continually picked at the fence. Some gathered with shields and umbrellas to cover a person trying to cut through it.”

Police added that a fire was also started near the fence, but was quickly extinguished. After that, people started throwing objects over the fence.

“The crowd was dispersed over the course of the next few hours,” the statement said, concluding, “Portland Police did not participate in dispersing these crowds, did not make any arrests and did not deploy CS gas.”

The Oregonian reported that shortly after midnight, the exterior lights of the federal building were shut off and police ordered the crowd to disperse. “Within minutes, federal officers emerged from the building, firing crowd-control weapons and deploying gas,” the newspaper reported.

“The thing is that protesters now expect federal agents to blast them with flash grenades and tear gas, so [protesters] bring leaf blowers out to blow canisters and the smoke back towards the building,” NPR’s Vanessa Romo told NPR’s Morning Edition. She said the federal agents again made arrests following the clashes.

The confrontation continued into the early hours of Monday morning, according to the Oregonian, as U.S. agents “forced protesters away from the courthouse using batons and what appeared to be pepper balls and pepper spray.”

“We want the feds out and we want the police to take accountability and start stepping back from their role of, like, murdering people, basically,” one Portland protester told Romo.

Protests in other cities, including Seattle and Austin, Texas, began Saturday evening and continued into Sunday.

The Seattle Police Department said 59 officers were recovering from injuries sustained Saturday when they were hit with “explosives, rocks, bottles, and wood,” according to the police-run SPD Blotter website. Their injuries range from bruising, abrasions, burns and a torn meniscus, with one officer hospitalized, police said.

In Austin, Garrett Foster, a 28-year-old white man who brought his AK-47 rifle to protests, was shot and killed on Saturday around 10 p.m. local time. As he and other Black Lives Matter protesters were making their way down the street, a motorist turned toward the crowd. According to police, Foster approached the vehicle.

The driver opened fire, hitting Foster, who had been attending the protests with his fiancée for some time. By early Mondayafternoon, a GoFundMe page for Foster had raised nearly $108,000.

Portland police are still investigating a shooting that took place earlier on Sunday, in which one person was injured in Lownsdale Square Park and was treated for non-life threatening injuries. Police released two people who’d been taken into custody. They did not indicate if the shooting was linked to the protest.