U.S. economy plunges 31.4% in the second quarter but a big rebound is expected – CNBC

Nagorno-Karabakh: What’s behind the fighting between Armenia and Azerbaijan? – NBC News

The Northern Lights May Be Visible From Certain Parts of the U.S. Tonight—Here’s How to Spot Them – Yahoo Lifestyle

The NBA Finals: Why the Lakers will win the championship – Associated Press 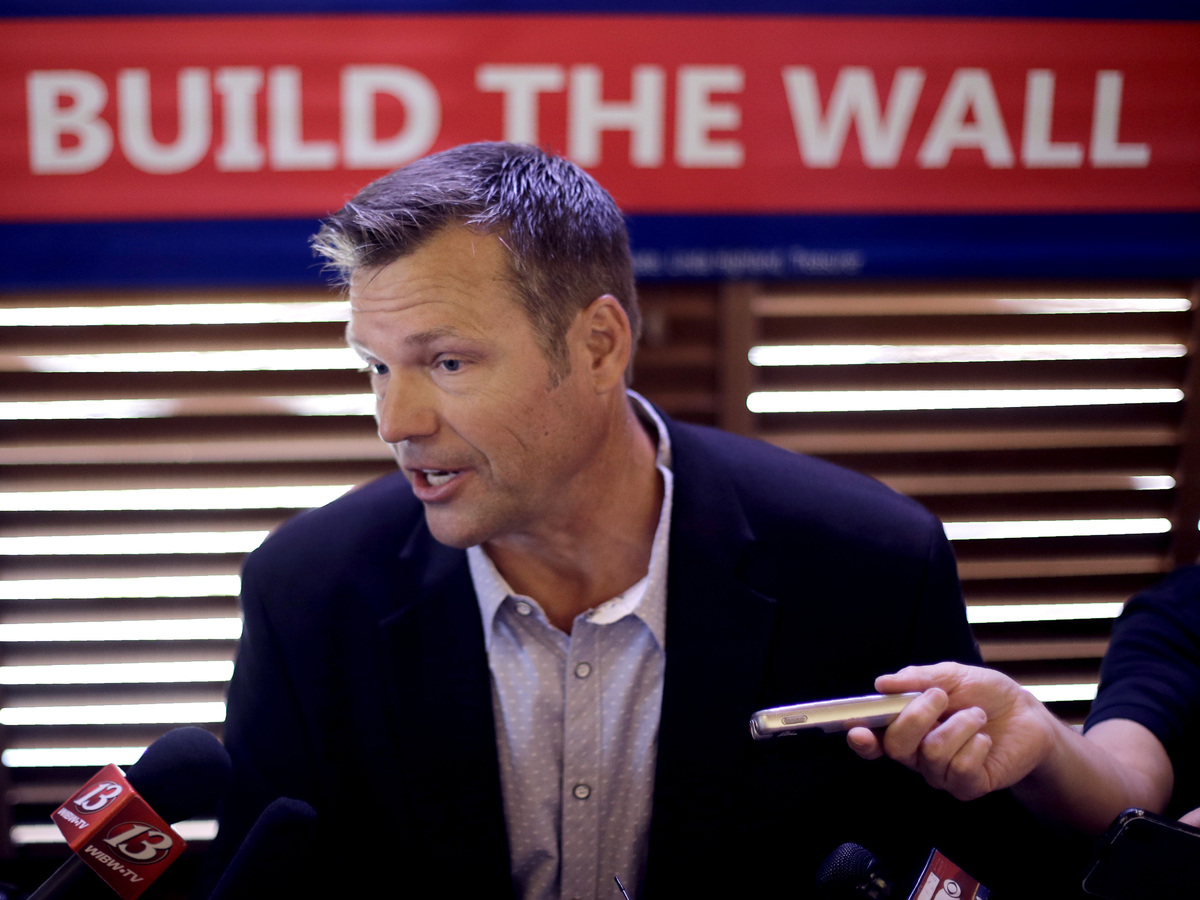 Former Kansas Secretary of State Kris Kobach talks to the media after announcing his Senate candidacy on July 8, 2019.

Former Kansas Secretary of State Kris Kobach lost the Senate GOP primary on Tuesday, delivering a victory of sorts for Senate Majority Leader Mitch McConnell’s strategy to hold on to his majority this November.

The McConnell-aligned Senate Leadership Fund invested $2.1 million in the primary to boost the winner, Rep. Roger Marshall, who GOP strategists believe has the best shot to hold the seat for Republicans in a race against Democratic nominee and state Sen. Barbara Bollier.

Kobach was a controversial and divisive candidate who boasted strong allegiance to President Trump. Republicans believed that if he won the nomination they risked losing a seat to Democrats in a state that hasn’t sent one to the Senate since 1932. Democrats agreed, and allied super PACs invested in the race to try to boost Kobach’s chances.

However, one GOP strategist told NPR that while Marshall is much more likely to hold the seat, it’s still not a lock in this environment. “We have work to do, and it’s going to take some investment,” the strategist said.

The fact that Republicans are being forced to divert time and resources to a traditionally reliably red state like Kansas is reflective of the difficult political climate the party faces up and down the ticket this year. A Democratic takeover is possible, but the path is not a straight shot.

McConnell currently has a 53-47 seat majority (45 Democrats, with two independents who caucus with the Democrats), which means Democrats need to net gain four seats outright, or net gain three seats and the White House because the vice president is the tiebreaker in a 50-50 Senate. Of the 10 most competitive Senate races, Republicans have only one likely prospect for a pickup in Alabama; the remaining nine seats are GOP-held, and the party’s candidates are down or tied in the polls across the board.

Republican strategists told NPR they are most likely to lose in Arizona, Colorado and North Carolina, where the Republican incumbents are trailing in public and internal polling. Democrats’ fourth pickup opportunity gets trickier after that, which is why Republicans’ eyes are on Kansas — it makes that path a lot clearer if Democrats can make it competitive.

Four GOP strategists told NPR they believe Maine Sen. Susan Collins, who has the most defined brand of any GOP incumbent running, is best positioned to outperform Trump and win, even if he loses. A Collins defeat would almost certainly mean the GOP majority is lost.

Trump’s poor national standing is also playing into races in states he reliably won in 2016 — Iowa and Montana. “In both states, the president’s weakness is a factor,” said one strategist. Democrats are boosted by a strong candidate in Montana, where incumbent Gov. Steve Bullock is challenging GOP Sen. Steve Daines. Like most governors, Bullock has seen his approval ratings rise during the pandemic while Trump’s have fallen. There is little polling out of Iowa, but what exists suggests Sen. Joni Ernst is facing a competitive race against well-funded Democrat Theresa Greenfield. Democratic victories aren’t impossible, but complicated by the fact that fewer voters split their tickets. In 2016, every Senate race tracked with who won the presidential vote. Chances for Democratic pickups in these states may rely on how well Joe Biden performs at the top of the ticket in two states Trump won comfortably.

The most political intrigue of 2020 may be Georgia, a once reliably conservative state that has been shifting toward Democrats fueled in part by demographic change. Both GOP senators, David Perdue and Kelly Loeffler, are running for reelection. Loeffler is in a special election that is likely to roll into a runoff in January, a potentially nightmare electoral scenario for both parties if control of the Senate comes down to this one race in early 2021. “If Trump is losing Georgia, it’s a huge blue wave,” said one strategist.

Broadly, GOP strategists are cleareyed about their party’s prospects this November. “This isn’t hard. Right now Trump is losing and the Senate is leaning towards Democrats,” said one. Another said the challenge for Trump and the GOP is that the things that could benefit their prospects — such as an economic upturn or a vaccine for COVID-19 — are out of their control. “The dynamics that could cause him to win reelection may be out of his hands,” said another strategist. “He’s now at the mercy of outside factors.” And likely so is the Senate majority.