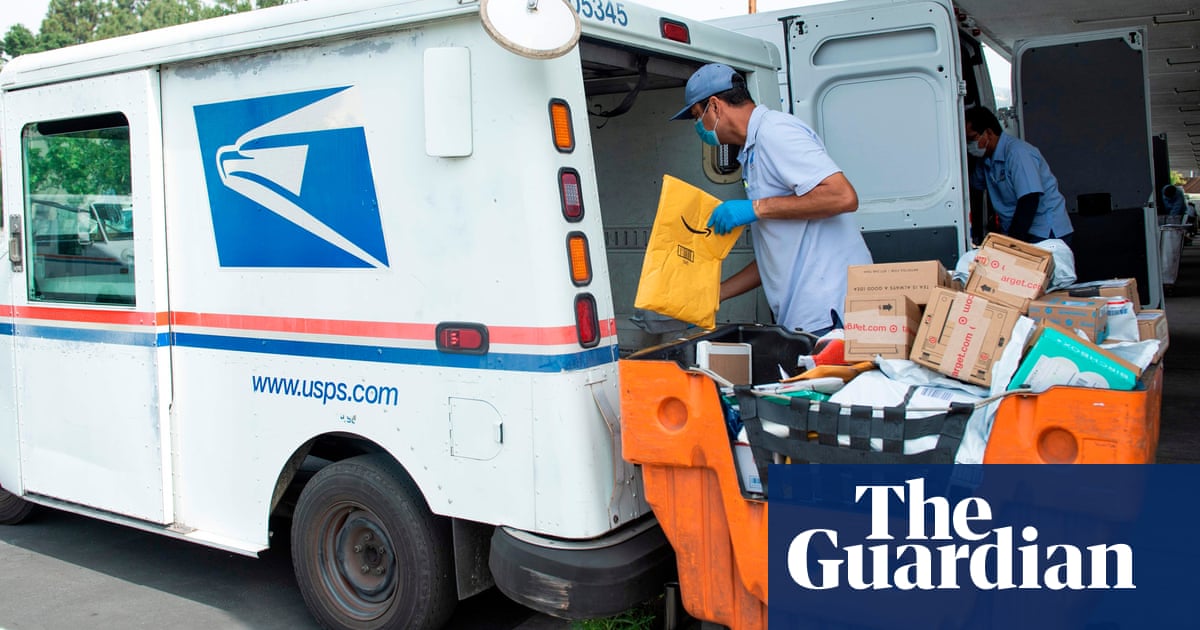 The United States Postal Service (USPS) is implementing cost-saving measures, including a management hiring freeze , the US postmaster general, Louis DeJoy, announced on Friday, amid reports of severe mail delays across the US and concern that Donald Trump is maneuvering to weaken the agency to make it difficult to accommodate an expected influx of mail-in votes.

The changes will not result in an immediate reduction of the USPS workforce, the agency said in a statement. USPS added, however, that “to prepare for future changes” it was seeking approval to allow some non-union employees to take a voluntary early retirement. DeJoy, a major Republican donor without any prior USPS experience, said the changes were needed to address the postal service’s “dire” financial situation.

‘Disastrous at a time like this’: the US Postal Service is on the brink of crisis

Last month, USPS employees were told the agency was prohibiting overtime and employees were instructed to leave mail behind if it delayed them on their routes, according to documents obtained by the Washington Post.

In recent weeks, places across the US have reported long delays; some neighborhoods in Philadelphia, for example, reported some residents were going longer than three weeks without receiving mail, according to the Philadelphia Inquirer.

There are worries mail delays could leave many Americans disenfranchised in the November election. Dozens of states – including key swing states like Ohio, Wisconsin, Michigan, Florida and Pennsylvania – all require ballots to arrive by election night in order to be counted. More than 65,000 mail-in votes have been rejected during the 2020 primaries and observers are worried that slower mail could lead to more people getting disenfranchised this fall.

Senator Gary Peters, a Democrat from Michigan, announced on Thursday he was investigating the delays and the House speaker, Nancy Pelosi, and Chuck Schumer, the Senate Democratic leader, sent a letter to DeJoy urging him to reverse the changes. Democrats have also asked the USPS inspector general to look into the changes.

DeJoy disputed on Friday that the changes at USPS were motivated by partisanship.

“While I certainly have a good relationship with the president of the United States, the notion that I would ever make decisions concerning the Postal Service at the direction of the president, or anyone else in the administration, is wholly off-base,” he said Friday. “Despite any assertions to the contrary, we are not slowing down election mail or any other mail.”

DeJoy said the postal service had “ample” capacity to deliver election mail and deflected responsibility for any mail delays that could potentially occur. He noted USPS had long had delivery standards in place.

“We cannot correct the errors of the election boards if they fail to deploy processes that take our normal processing and delivery standards into account,” he said.

USPS has long advised voters to put their ballots in the mail at least a week before election day. But many states allow voters to continue to request ballots within that window, making it unlikely that they can get their ballot delivered in time. While DeJoy seemed to blame local election officials for that problem, state legislators are actually the ones who bear the responsibility for changing the deadlines, said Tammy Patrick, a senior adviser at the Democracy Fund who is an expert in vote-by-mail procedures.

In the past, USPS has “bent over backwards” to deliver ballots in a timely way close to election deadlines, Patrick said. But now, she said, the postal service was sending mixed messages about whether or not they would go to such lengths to ensure delivery this fall.

“They haven’t said, ‘We are dedicated to election mail, even if it means overtime,’” she said.

USPS officials have also signaled recently that they are going to more strictly enforce the delivery times guaranteed by the different classes of mail election officials choose to use for their mailings, Patrick said.

Some states, particularly those in the western US that automatically mail ballots to every voter, send their election mail as marketing mail, which allows them to send it at a lower cost. Marketing mail had a guaranteed delivery time of three to 10 days, but USPS has traditionally given prioritized attention to ballots that have an official election mail logo. More recently, Patrick said, USPS officials have emphasized officials will get speed for the delivery they pay for.