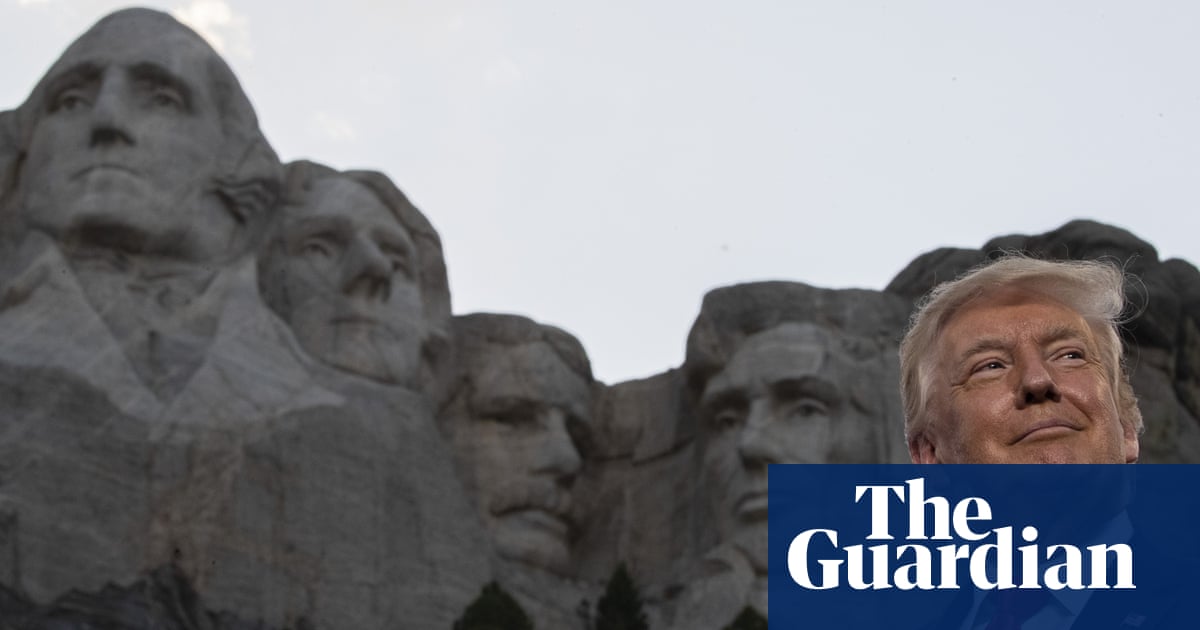 Donald Trump has denied that his team ever approached South Dakota’s governor about adding his face to the iconic monument depicting four presidents at Mount Rushmore. However, he added that it sounded like a good idea.

The New York Times reported a Republican party official source on Saturday stating that a White House aide reached out to Kristi Noem’s office with the question: “What’s the process to add additional presidents to Mount Rushmore?”

Thanks to the angle of some of the photographs taken when Trump visited the memorial in July, it isn’t necessary to Photoshop what it might look like. Trump posed in such a way that he effectively added himself as a fifth figure on the monument.

According to reports, the governor had greeted Trump on his recent visit to South Dakota with a 1.2 metre replica of the monument that already included his face as a fifth element.

In a 2018 interview, Noem stated that the two had struck up a conversation about the sculpture in the Oval Office the first time they had met. She claims that she said to him: “Mr President, you should come to South Dakota some time. We have Mount Rushmore,” and that he replied: “Do you know it’s my dream to have my face on Mount Rushmore?”

“I started laughing,” she said in the interview. “He wasn’t laughing, so he was totally serious.”

The president used the sculpture earlier this year as the backdrop for a showy Independence Day display, which drew protests from Native American activists, who view the monument as a desecration of land violently stolen from them and used to pay homage to leaders hostile to native people. On the night he gave a divisive speech claiming that the US was under siege from “far-left fascism”.

The four presidents depicted on Mount Rushmore were chosen in the 1920s by the sculptor Gutzon Borglum for their leadership during what were seen then as the four phases of America: George Washington leading the birth of the nation; Thomas Jefferson sparking its westward expansion; Abraham Lincoln preserving the union and emancipating slaves; Teddy Roosevelt championing industrial innovation.

Construction ended in 1941 when funds ran out – originally the presidents were designed to be depicted from head to waist.

Trump has previously joked about adding his face to the monument during an Ohio rally in 2017, using it as the basis for an attack on the media. “Now here’s what I’d do,” Trump said. “I’d ask whether or not you some day think I will be on Mount Rushmore. If I did it joking – totally joking, having fun – the fake news media will say, ‘He believes he should be on Mount Rushmore.’ So I won’t say it.”