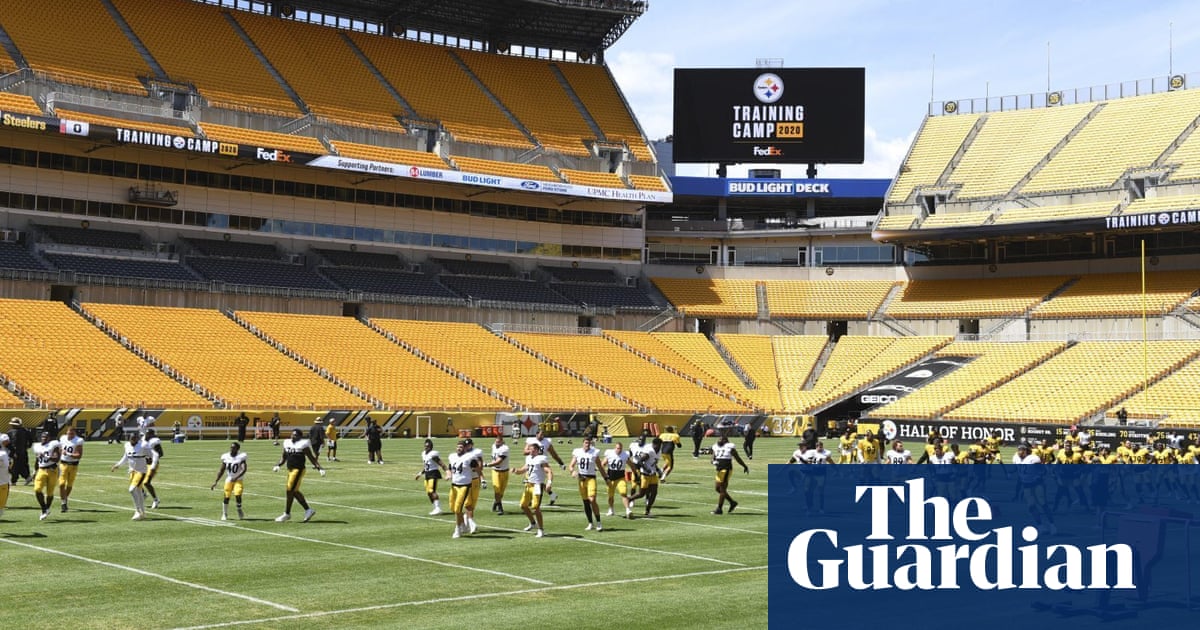 As the United States reels from Donald Trump’s latest attempt to suppress the vote in November’s presidential election by undermining mail-in voting, an alternative route to casting ballots is taking shape that could offer relief to hundreds of thousands of Americans: turning sports arenas into giant polling stations.

At least 12 professional sports teams and their stadiums from the worlds of baseball, basketball, football and hockey are preparing to open their doors to allow fast, safe and socially distanced voting. The masterminds behind the idea, the non-partisan Election Super Centers Project, expect that number to rise to 25 within weeks, and are hoping university and college arenas will join as well.

The teams that have signaled their intent to open up their stadiums on election day, and potentially before it for early voting, include the Los Angeles Clippers, Washington Wizards, Golden State Warriors, Indiana Pacers, New Jersey Devils and Pittsburgh Penguins. They are all in dialogue with local election boards.

In a parallel initiative, the LA Lakers star LeBron James has announced he is working with several teams, including the LA Dodgers and Detroit Pistons, to open up their arenas as polling places in November. James has formed a campaign, More Than a Vote, that seeks to use the influence of black athletes and artists to combat systemic, racist voter suppression and unleash the electoral power of black voters.

The film-maker Eugene Jarecki, who is co-chair of the Election Super Centers Project, said the aim was to open up access for potentially millions of voters and to ensure “that their voting experience meets the highest standards of safety, security and election integrity”.

But the initiative will also have to grapple with this year’s dire shortage of poll workers. Almost six out of 10 poll workers in the US are older than 61, according to the Pew Research Center, which makes them vulnerable to Covid-19 given the heightened danger of the virus to older people.

Leading figures in electoral organization, crowd security and public health have been recruited as advisers.

“No one should have to choose between exercising their most precious democratic right and their personal safety,” said the singer-songwriter John Legend, who is backing the arenas project.

The 2020 presidential election is shaping up to be one of the most brutally contested and potentially ugly in generations. Trump has openly said that he is blocking $25bn in federal funding for the US Postal Service to impede voting by mail. The move has been denounced as a threat to democracy in the US by leading Democrats including Bernie Sanders and Barack Obama.

At the state level, too, this election cycle is being convulsed by a wave of voter suppression tactics as well as technical challenges exacerbated by coronavirus. Several primary elections have been riven with problems, including dysfunctional voting machines, lack of polling staff and a consequent dearth of polling stations. In Georgia’s primary elections in June, Atlanta voters had to wait for up to five hours to vote. Milwaukee, Wisconsin, which has a 40% African American population, had only five in-person polling stations open for its primaries in April, down from the usual 180.

In both those cities, major sports arenas that have been designed for quick and easy public access and have the space to allow ample social distancing could make a substantial difference on election day. The Atlanta Hawks are working with LeBron James on plans to open up while another NBA team, the Milwaukee Bucks, are in similar talks with the Election Super Center Project.

The rapper Chuck D said in a statement: “Election Super Centers take on the obstacles that prevent people from being able to vote. Instead of an election day where people are turned away or obstructed, arenas and stadiums will be welcoming them in.”