Inside A Push To Include More African Americans In Brain Research : Shots – Health News – NPR

African Americans and other underrepresented minorities make up only about 5% of the people in research studies. janiecbros/Getty Images hide caption 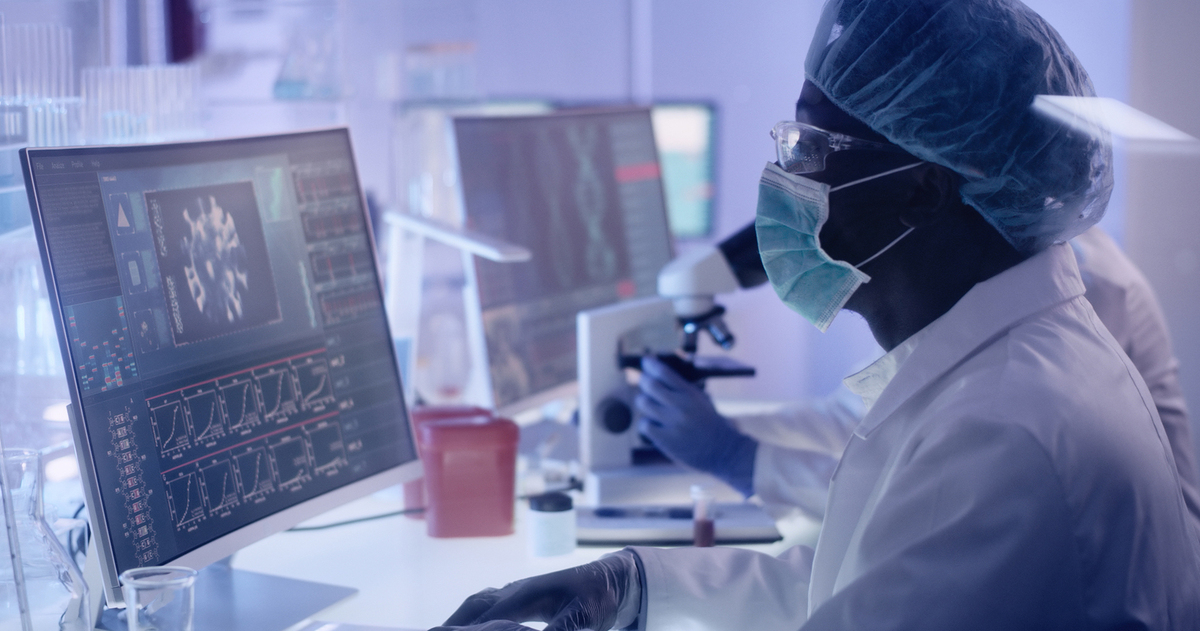 African Americans and other underrepresented minorities make up only about 5% of the people in research studies.

Mental illness can run in families. And Dr. Kafui Dzirasa grew up in one of these families.

His close relatives include people with schizophrenia, bipolar disorder and depression. As a medical student, he learned about the ones who’d been committed to psychiatric hospitals or who “went missing” and were discovered in alleyways.

Dzirasa decided to dedicate his career to “figuring out how to make science relevant to ultimately help my own family.”

He became a psychiatrist and researcher at Duke University and began to study the links between genes and brain disorders.

Then Dzirasa realized something: “I was studying genes that were specifically related to illness in folks of European ancestry.”

His family had migrated from West Africa, which meant anything he discovered might not apply to them.

Dzirasa also realized that people with his genetic background were missing not only from genetic research but from the entire field of brain science.

“It was a really crushing moment for me,” he says.

So when a group in Baltimore asked Dzirasa to help do something about the problem, he said yes.

The group is the African Ancestry Neuroscience Research Initiative. It’s a partnership between community leaders and the Lieber Institute for Brain Development, an independent, nonprofit research organization on the medical campus of Johns Hopkins University.

The Lieber Institute’s goals include reducing health care disparities and ensuring that brain research includes individuals from all populations.

A history of exclusion

Early genetic studies were often limited to people of European ancestry. Scientists reasoned that focusing on this population made it easier to link a particular gene with a specific disease.

Now that genetic tools have become less expensive and more powerful, studies are including other groups. Even so, the vast majority of large genomic data sets come from people of European descent.

Also, African Americans and other underrepresented minorities make up only about 5% of the people in research studies.

These disparities are especially troubling when it comes to brain disorders that are more prevalent in people of African ancestry, says Dr. Daniel Weinberger, the Lieber Institute’s CEO.

African Americans are about 20% more likely than other people to experience a serious mental health problem and perhaps twice as likely to develop Alzheimer’s disease.

To understand how genetics and the environment are interacting to cause these high rates of disease, “you have to study brains,” Weinberger says.

And that’s where the Lieber Institute had something to offer. Over the past decade, it has received more than 700 brains from African American families who chose to donate the brain of a relative who died.

By comparing these brains, scientists hope to figure out why Alzheimer’s occurs more often in African Americans. They also hope to learn why having African ancestry can sometimes protect a person from the disease.

For example, Weinberger says, there’s a gene mutation that greatly increases the risk of Alzheimer’s in people whose ancestors came from Europe.

“If you’re of African ancestry, the risk from inheriting that gene from both your parents is about a fourth of what it is if you’re of European ancestry,” he says.

Figuring out why that is might lead to a drug that would protect all people, Weinberger says.

A matter of trust

This sort of research is tricky in a nation that has often mixed science with racism.

Baltimore was home to Henrietta Lacks, an African American woman whose cancerous cells were taken and grown in the lab without her consent or knowledge. Those cells, which had the ability to divide without aging, became one of the most important discoveries in medical research.

And research suggesting a link between race and intelligence continues to fuel social debates, though most scientists dismiss the idea.

Hathaway has worked to ensure that the effort is transparent and inclusive.

For example, he wanted to involve Morgan State University, a public, historically black school in Baltimore. So he approached the Lieber Institute with a big request: “That I should have persons from Morgan at every step of this process, from technicians to principal investigators to researchers,” he says. “And there was overwhelming acceptance of that.”

Other efforts to diversify research have often left fundraising to white people, Hathaway says. But not this one.

“In this process, every step of the way, even in terms of capital formation, we’ve been actively, acutely involved,” he says, adding that one of the first investors was African American.

In July, the effort got a $1 million commitment from Brown Capital Management, a business in Baltimore founded and run by an African American. The state of Maryland has promised another $1.25 million.

And all of that is gratifying to Dzirasa, the brain scientist whose lab research has been motivated by his own family’s struggles with mental illness.

“I go in every day believing that is the day I will make the discovery that is going to totally transform my family’s life,” he says.