Bystanders gather at the scene of a multiple fatality shooting at the Jefferson Gun Outlet in Metairie, La., Saturday. Matthew Hinton/AP hide caption 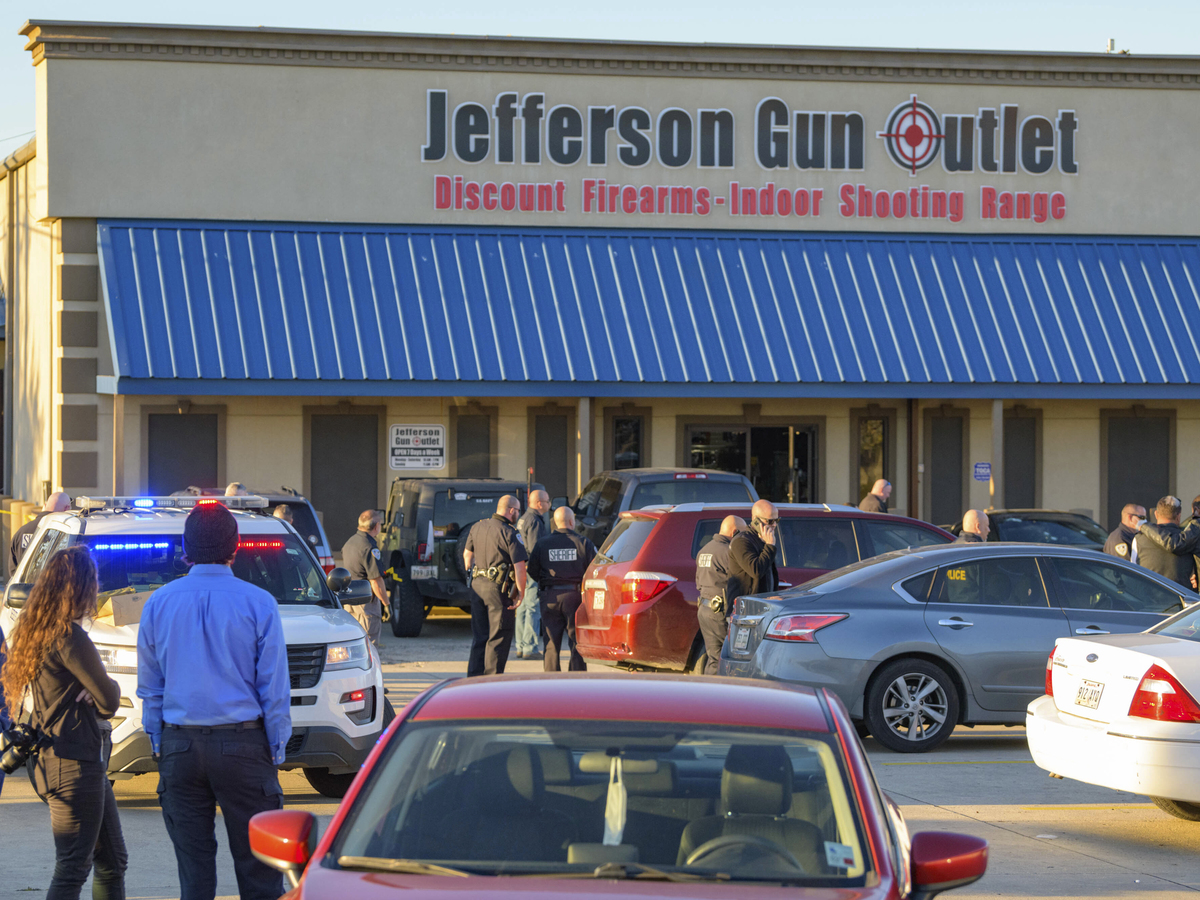 Bystanders gather at the scene of a multiple fatality shooting at the Jefferson Gun Outlet in Metairie, La., Saturday.

Three people were killed, including the suspected shooter, in a shooting at a gun store in the New Orleans suburb of Metairie, La., on Saturday afternoon. Two others wounded by gunfire were hospitalized.

The Jefferson Parish Sheriff’s Office is investigating the shooting that took place at the Jefferson Gun Outlet, a gun store and shooting range in Metairie.

Police said when deputies arrived at the scene of the shooting at around 2:50 p.m. local time (3:50 p.m. ET), they found multiple people with gunshot wounds.

“Three people were pronounced dead at the scene and two more were transported to a local hospital for treatment,” according to a statement released by the sheriff’s office.

While the events of the shooting remain under investigation, police said it appears that a suspect shot and killed two people inside the shooting range before being confronted and shot by multiple others outside.

The suspect is one of the three individuals who were killed, according to the sheriff’s office.

Police said the two individuals who were transported to area hospitals are in stable condition.

The suspected shooter is a man, according to a report from local TV station WDUS citing police officials. The man reportedly got into an argument with a clerk at the store for entering the premises with a loaded gun that was unholstered.

This argument reportedly led to shots being fired as well as the ensuing casualties.
Source Link