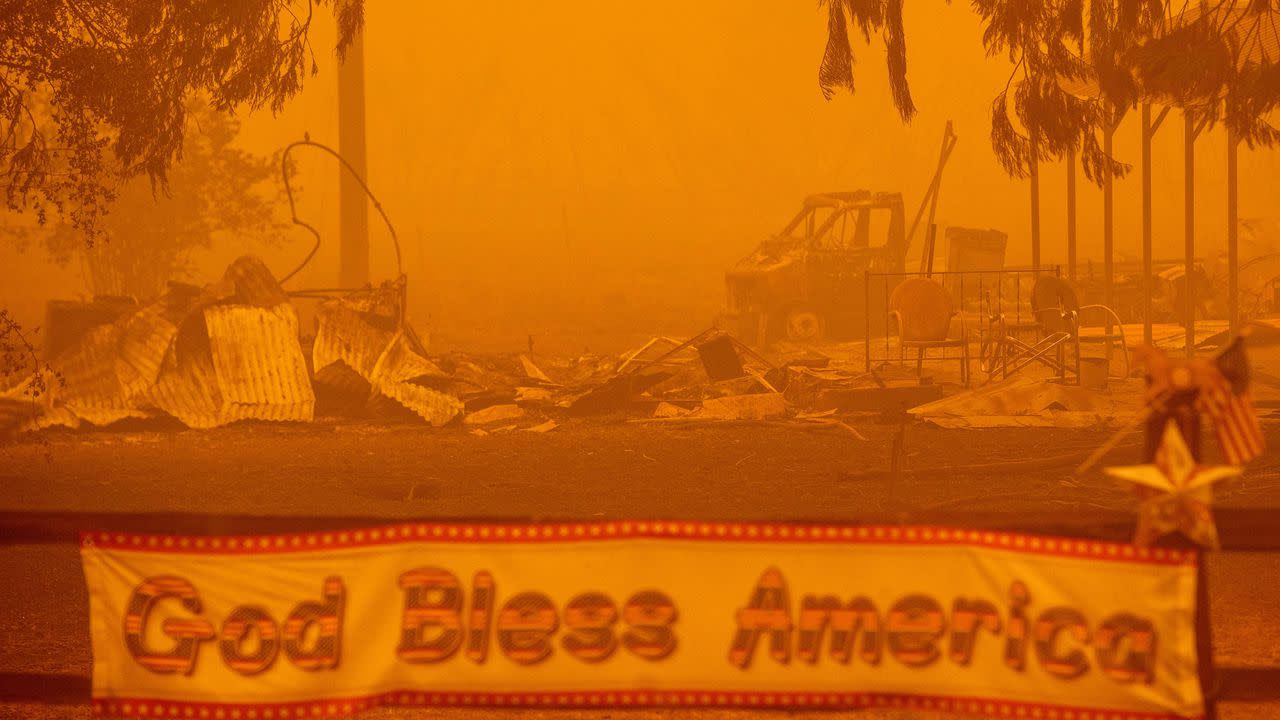 Details: Evacuation orders were in effect for several Sierra Nevada mountain communities, as the third-largest blaze in California’s history continued to threaten homes.

Stay on top of the latest market trends and economic insights with Axios Markets. Subscribe for free

What they’re saying: California Gov. Gavin Newsom (D) said in a video after visiting Greenville on Saturday that the Gold mining-era town had been “been completely destroyed” by the Dixie Fire.

By the numbers: The Dixie Fire had burned across almost 448,000 acres and was 21% contained, authorities said at Saturday night’s community meeting.

Context: The U.S. West is in the grip of a severe drought — the worst to hit the region so far this century, per Axios’ Andrew Freedman

Editor’s note: This article has been updated with comment from Newsom and to reflect the increase in land burned and that Johns said three people were missing, down from five.