Jena Scurry, a Minneapolis 911 dispatcher, was the first witness to testify Monday in the murder trial of former police officer Derek Chauvin in the death of George Floyd. Pool via AP hide caption 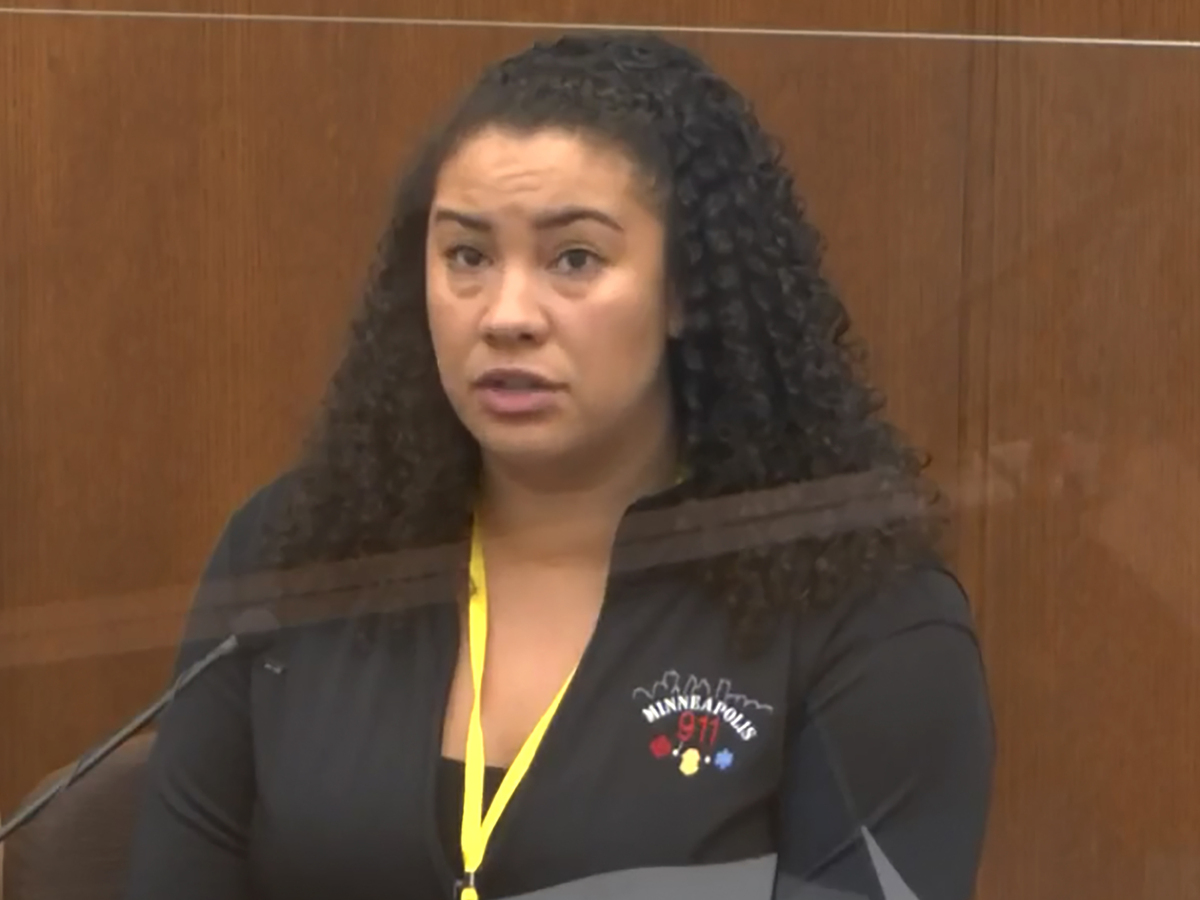 Jena Scurry, a Minneapolis 911 dispatcher, was the first witness to testify Monday in the murder trial of former police officer Derek Chauvin in the death of George Floyd.

Prosecutors began calling witnesses to the stand on Monday afternoon in the trial of former police officer Derek Chauvin in the killing of George Floyd in Minneapolis in May.

The prosecution started with Minneapolis 911 dispatcher Jena Scurry who dispatched police to Cup Foods after getting a call about a man with a counterfeit bill.

Scurry testified that despite several years of experience handling emergency calls, she became concerned when her monitors showed the responding officers, including Chauvin, kneeling on top of Floyd, pinning him to the ground.

She initially believed the screen had frozen then realized that was not the case, she told the court.

“My instincts were telling me that something was wrong. Something wasn’t right,” Scurry, who had a view of the interior of the squad car from which Floyd was dragged, said. “It was an extended period of time … they hadn’t told me if they needed more resources.”

After watching the live video feed for several minutes Scurry called the sergeant in charge of the officers saying, “I don’t want to be a snitch,” then reported what she was seeing on her screen.

When asked, she said she’d never done anything like that before.

To the defense, Scurry noted that either Chauvin or another officer, Tou Thao, called for a faster ambulance response.
Source Link