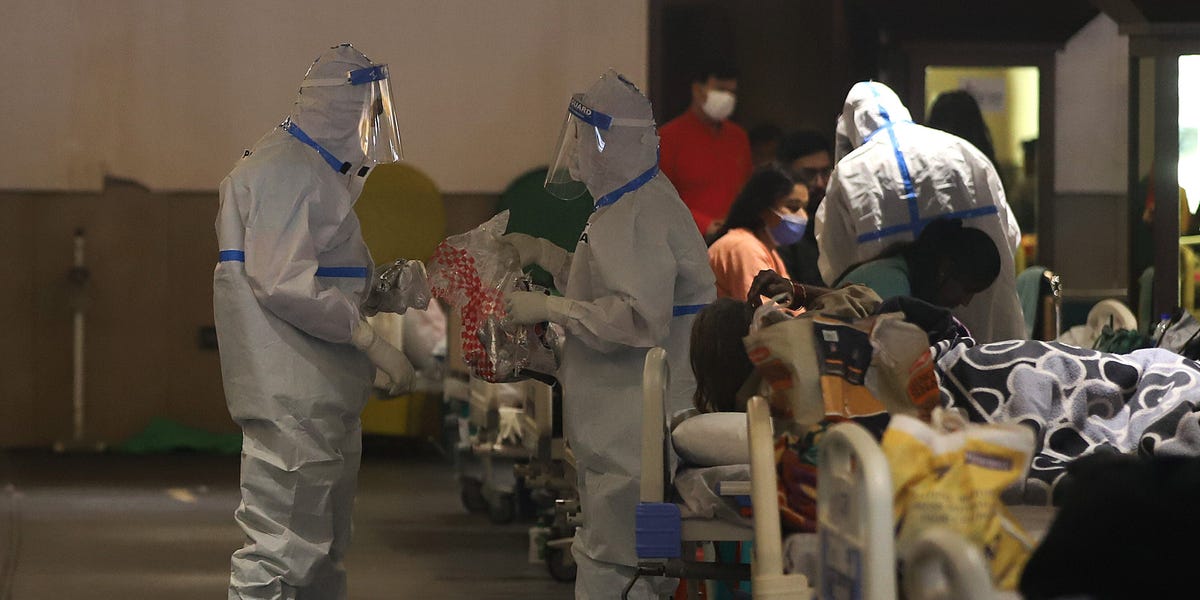 As India contends with its second major wave of COVID cases and a double-mutated variant of the virus, it now faces a new threat — a triple-mutant variant.

Scientists found two triple-mutant varieties in patient samples in four states: Maharashtra, Delhi, West Bengal, and Chhattisgarh. Researchers in the country have dubbed it the “Bengal strain” and say it has the potential to be even more infectious than the double-mutant variant.

This is because three COVID variants have merged to form a new, possibly deadlier variant.

The Times of India spoke to Vinod Scaria, a researcher at the CSIR-Institute of Genomics and Integrative Biology in India, who said the triple-mutant was also an “immune escape variant” — a strain that helps the virus attach to human cells and hide from the immune system.

He added that it could have evolved from the double-mutant variant — which experts say is likely behind the recent surge of COVID in the country.

Sreedhar Chinnaswamy, a researcher from the National Institute of Biomedical Genomics in India, told the Times of India that the variant also carried the E484K mutation, a characteristic found in the variants first identified in South Africa and Brazil.

“In other words, you may not be safe from this variant even if you were previously infected by another strain, or even if you have been vaccinated,” Chinnaswamy said.

Paul Tambyah, a professor of medicine at the National University of Singapore, said the good news is that there is no concrete evidence that the triple mutation is deadlier or more transmissible.

“Singapore researchers have done some work trying to link the mutations with clinical outcomes and transmissibility and have found no link between more severity or more transmissibility with newer mutants compared with the original lineages of SARS-CoV2,” Tambyah said.

Other scientists studying COVID have detected quadruple- and quintuple-mutants in samples as well, he said, without it necessarily affecting how well vaccines work.

“There is good data suggesting that the immune system, not just antibodies, can respond to multiple different mutants,” Tambyah said.

But this new threat is still worrying, as India’s healthcare system has already reached a breaking point as it grapples with the second wave of COVID cases. Hospitals across the country are dealing with critical shortages of medical oxygen supplies. Yesterday, six hospitals in the country reportedly ran out of oxygen as the country grappled with a sudden surge in patients.

Oxygen supplies have been diverted from shipbreaking facilities and steel plants. Still, hospitals remain overwhelmed — with some desperate families even resorting to stealing oxygen cylinders from hospitals to keep their family members alive.

India recorded a daily high of 314,835 COVID cases on Thursday, but that worldwide record was broken within 24 hours when the country announced that it recorded 332,730 new cases and 2,263 deaths on Friday. The country now has over 16 million COVID cases, second only to the US’ record of 32 million cases.