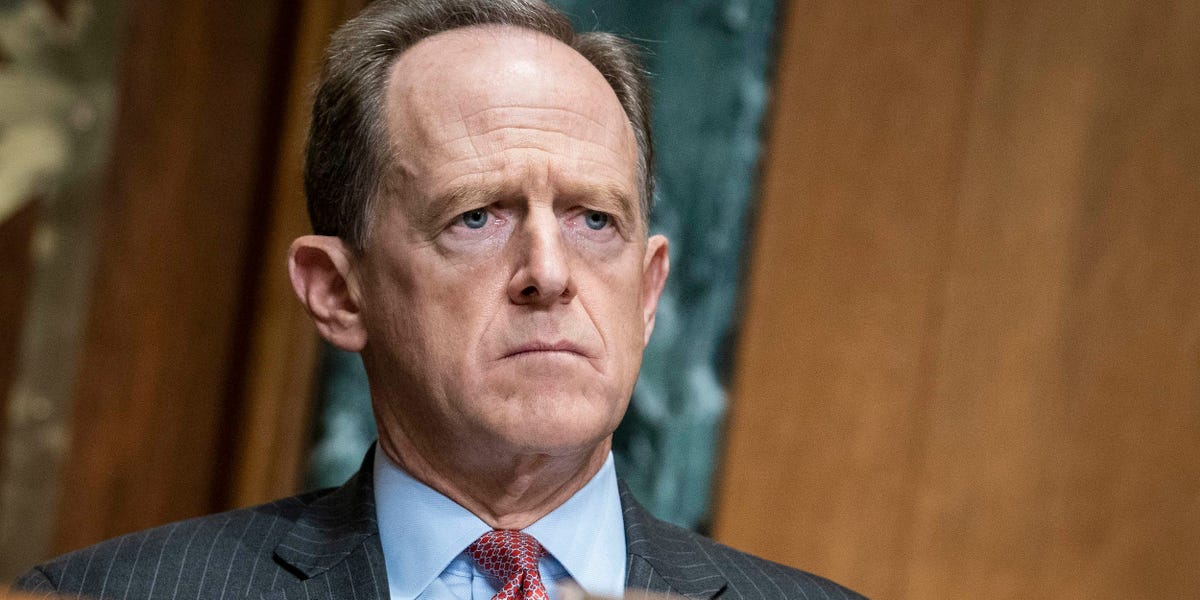 The law that Toomey opposes had been proposed by Democratic senators Ron Wyden and Sherrod Brown.

Such a measure was included in the December stimulus package passed under President Donald Trump, which provided $600 checks.

However, it was not included in the latest stimulus bill passed under President Joe Biden, which provided $1,400 checks to most Americans.

Democrats still supported the proposal, but had to leave it out because of the rules of the Senate mechanism known as “budget reconciliation” which was used to pass the latest stimulus.

That mechanism let Democrats pass the bill without any GOP votes, but comes with limits on what is allowed. The same rules led to proposals for a $15 federal minimum wage being dropped.

Democrats tried to introduce the rule in separate legislation, arguing that the cash is meant to help struggling Americans rather than debt collection agencies.

Wyden and Brown proposed the measure under a unanimous consent rule, which allows bills to pass quickly and bypass some lengthy Senate procedures.

However, any single senator can block such a proposal, which Toomey chose to do.

Toomey argued that Democrats were to blame for the rule not being in the recent relief bill, because they chose not to involve Republicans in putting it together.

He said that debt collectors had  “valid legal claims” against people who “owe money to someone else and that someone else has gone to court, and it’s been adjudicated.”

The senator also said that, with 90 million relief checks already issued, it was too late to seek the amendment.

The process of the relief check money being seized by creditors is known as “garnishment.”

Toomey’s objection means it is likely that many other relief checks will be seized by debt collectors.

In comments to the Huffington Post, Brown said “we will keep trying” to get the measure passed. Senators can still try to pass it without unanimous consent, which would take longer and would also require some Republican support to evade filibuster rules.

“Families are hanging on by a thread, but Senate Republicans blocked protections against their relief payments from being seized to pay credit card and medical debt. It’s shameful,” said Wyden in a statement Thursday.

It is unclear if there is wide backing in the Senate GOP for Toomey’s objection to the measure. Republicans have supported the measure before but may not in future.