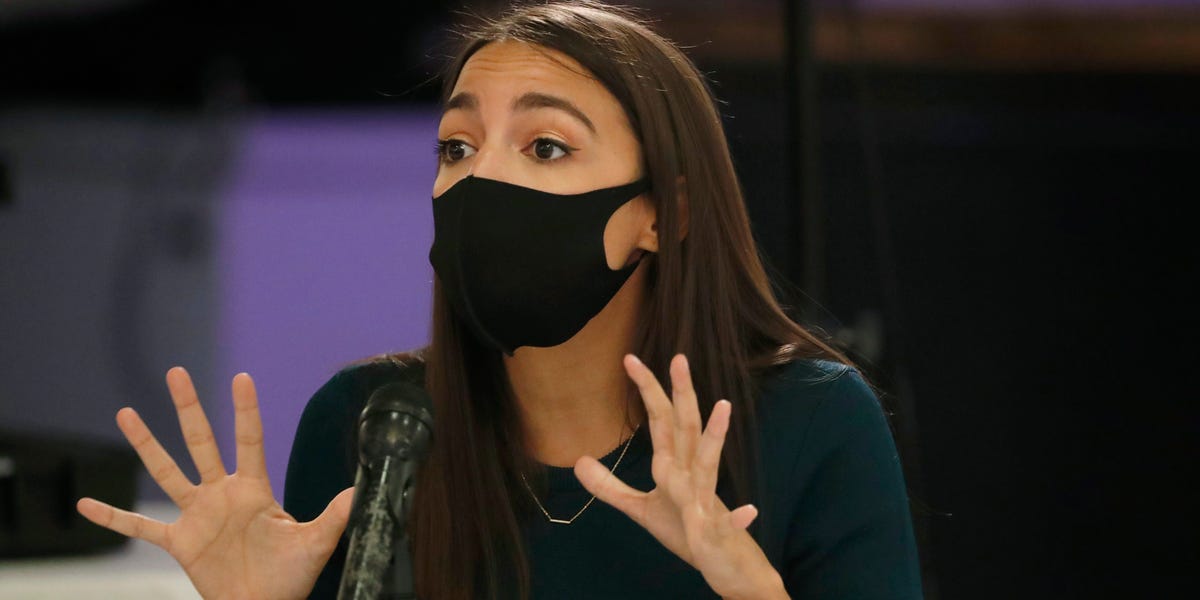 Biden has endorsed the proposal for quicker phaseouts for the $1,400 stimulus checks to prevent people who earn higher incomes from getting a third direct payment, two Democratic aides told Insider on Wednesday. The checks form a key part of the $1.9 trillion relief legislation the Senate will take up.

“Conservative Dems have fought so the Biden admin sends fewer & less generous relief checks than the Trump admin did,” Ocasio-Cortez tweeted on Wednesday afternoon. “It’s a move that makes little-to-no political or economic sense, and targets an element of relief that is most tangibly felt by everyday people. An own-goal.”

A few other progressive House Democrats also voiced frustration over the stimulus check negotiation. The Senate may cast an initial vote on the $1.9 trillion relief package on Thursday.

“I don’t like that this is being narrowed,” Jayapal said Wednesday. “I feel like the survival checks are the easiest, simplest, most popular, populist, proposal.”

But many Senate Democrats see the move as a necessary compromise.

“I think it’s an appropriate way of bringing this to a successful conclusion,” Sen. Michael Bennet of Colorado told reporters on Wednesday.

The House approved the relief bill on Saturday with higher eligibility caps for individuals and couples, maintaining the same income thresholds from earlier pandemic aid packages.

But moderate Senate Democrats pushed Biden to narrow eligibility in recent days, part of an effort to target direct relief provisions of the package away from Americans with higher earnings.

A preliminary analysis from the left-leaning Institute of Taxation and Economic Policy indicates roughly 16 million fewer Americans do not qualify for a third check under the new design of the plan, compared to the House version of the bill.