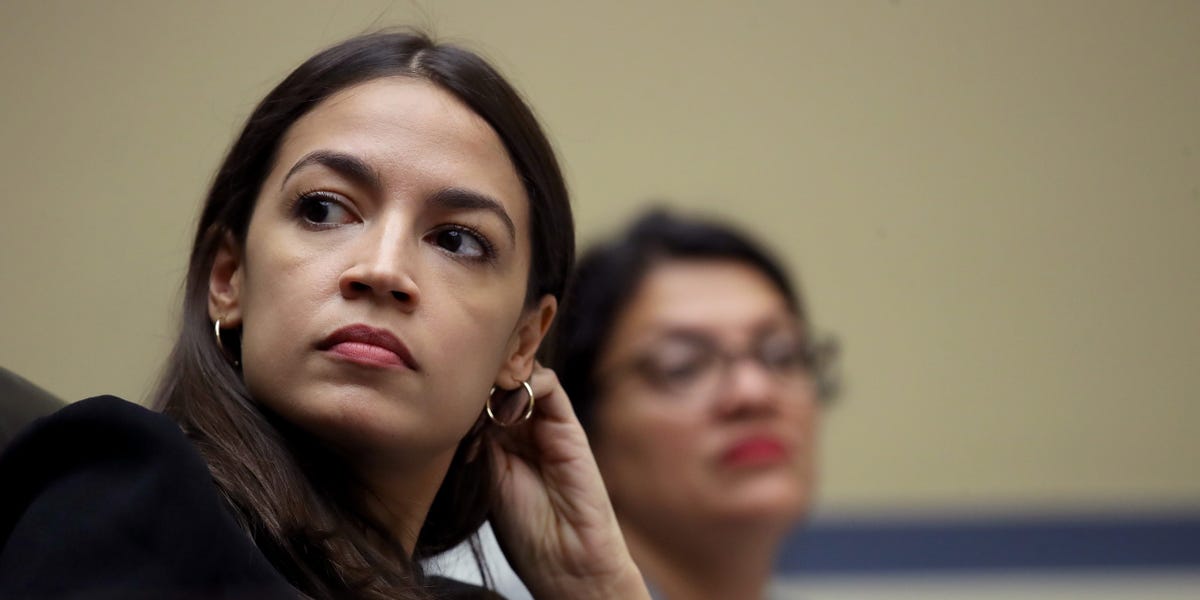 Thanks to opposition from centrist holdouts Sens. Joe Manchin and Kyrsten Sinema, Democrats’ initial $3.5 trillion social-spending proposal has gotten scaled down to $1.75 trillion, with many progressive priorities, like free community college, left behind.

Democrats are still negotiating with those two lawmakers, given they have yet to sign off on their party’s economic agenda. New York Rep. Alexandria Ocasio-Cortez has had enough.

On her Instagram story on Wednesday, she posted a photo of herself walking  own the Capitol steps. She described her facial expression as her “f— a means test for PARENTAL LEAVE and matter of fact please STOP trying to make a mountain of paperwork and hoops to jump through so people can access basic things face.”

She added that there are “so many people making decisions who literally have to imagine what normal life is like… because they’ve never had to choose between paying for rent and medicine or papers etc.”

Speaker of the House Nancy Pelosi announced on Wednesday that four weeks of paid family and medical leave is back in Democrats’ bill after being originally nixed from Biden’s framework. But Manchin made clear he was not on board with the proposal, telling Insider he believed workers should “absolutely” be paying into a paid leave program.

“I think it should be participation. I always felt that. I think that basically employer and employees should participate,” he said, adding that both states and countries have used that models.”It seems to work very well and does not put a burden on anybody,” Manchin said.

As Insider’s Joseph Zeballos-Roig reported, Manchin is backing what amounts to a payroll tax that’s levied on both employers and workers to fund the benefit. Biden initially sought 12 weeks of paid family and medical leave as part of his spending package, funded with no payroll taxes levied on workers, but the $500 billion measure was nixed after Manchin objected to its price tag.

Democrats are hoping to pass both the bipartisan infrastructure bill and their Build Back Better (BBB) agenda before Thanksgiving, but it’s unclear if they can accomplish that given Manchin’s firm stance that he needs more time to analyze the budgetary impacts of the Democrats’ legislation.

This is not the first time Ocasio-Cortez has taken to Instagram to express frustration with centrist stalling of the progressive agenda. Last week, she called on Americans to “bring the heat on Biden” to cancel student debt now that the BBB agenda is “slashed.”

“He doesn’t need Manchin’s permission for that and now that his agenda is thinly sliced he needs to step up his executive action game and show his commitment to deliver for people,” she said.

Omicron could be more contagious, less dangerous. That would be ‘good news for the human race.’ – USA TODAY