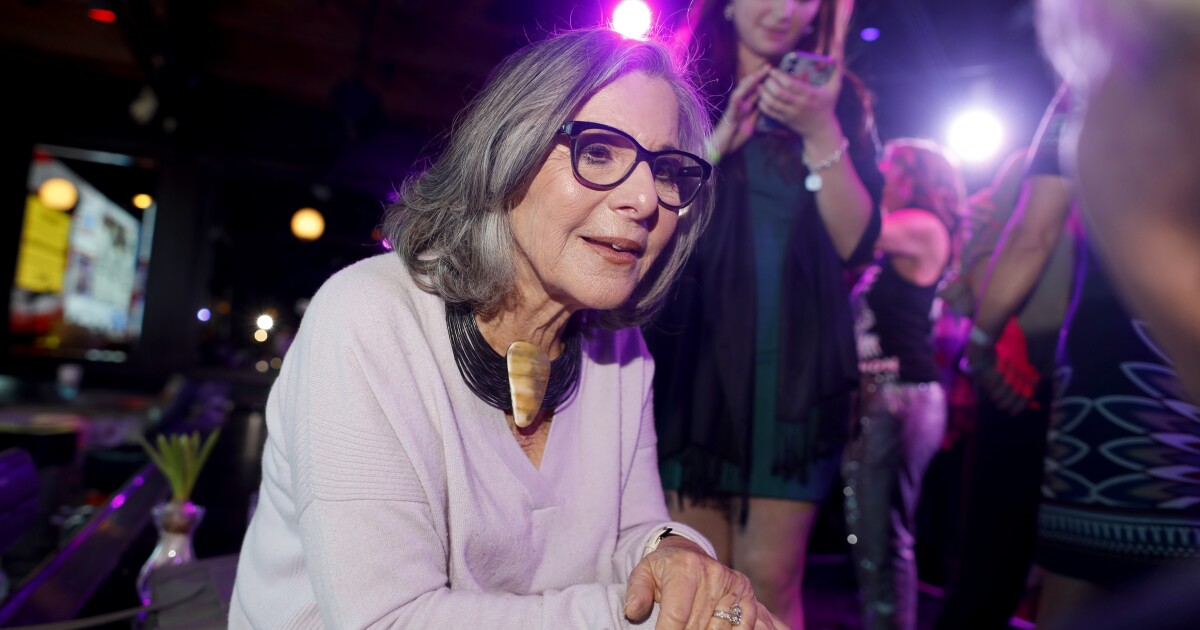 Former U.S. Sen. Barbara Boxer was assaulted and robbed of her cellphone in Oakland on Monday afternoon.

Boxer, 80, a Democrat who represented California in the U.S. Senate from 1993 to 2017, said in an interview with The Times that she was robbed while walking near her apartment in the area of Jack London Square. Boxer, who now works for Mercury Public Affairs, said she purposefully chose to walk on a quiet street so she could concentrate on taking a work call.

Boxer said she noticed a young man following her out of the corner of her eye but didn’t think much of it after he hopped into a car.

“Then the driver of the car jumped out and started to come at me and come behind me, and at that point I knew I was in trouble,” she said. “When I saw the guy coming out of the car, coming at me, I started to run away across the street. And he shoved me really, really hard on the shoulder with one hand, and with the other, he put it around my waist and grabbed my phone.

“He ran toward the car. I was standing and shaking and I just said to them, ‘Why would you do that to a grandmother? I need to call my grandkids.’ He jumped in the car and sped away.”

Boxer said she was so close to her home that she ran back to her apartment, where she and her husband, Stewart, called the police.

“I told police this was so obviously planned, they were going around looking for someone who was very vulnerable,” she said in the interview. “It just was so planned and the guy knew what he was doing. He hit me so hard. He never said word one. If he had said, ‘Give me your phone or else,’ I would have given my phone. He didn’t have to shove me.”

In response to questions about the assault, Johnna Watson, a spokeswoman for the Oakland Police Department, said a person was robbed at 1:15 p.m. in the 300 block of 3rd Street. Watson said in an email the department would not identify the robbery victim.

The Oakland Police Department is offering a reward of up to $2,000 for information leading to an arrest in the case, Watson said.

After reporting the robbery to the police, Boxer and her husband went to a nearby Verizon store, whose employees were able to wipe the data off her Apple iPhone and ensure, most critically, that the pictures of her grandchildren had been saved to the cloud, the former senator said.

“It was shocking and so unsuspected. You just don’t imagine that would happen,” she said. “It shakes you up.”

Reports that she had been injured are false.

“I want to make that clear — he pushed me hard, I did not fall down,” she said, adding, “I was not badly hurt. I was just extremely shaken.”

Boxer said she has never before felt unsafe in the neighborhood where she and her husband have kept an apartment since 2005. “Never. Not for one minute,” she said. “That’s why it was so shocking.”

Boxer said that she did not get a good look at their faces, but her assailants appeared to be young, perhaps teenagers.

“I love Oakland, I do love it, and I’m really, really sad,” she said. “Because really, going after a 5-foot-tall grandma with gray hair walking down the street talking on a phone? They had no idea I was a senator.

Boxer pushed back at supporters of a campaign to recall Gov. Gavin Newsom and Republicans who would point to this incident as an example of rising crime under Democratic leadership.

“Democrats have no intention of defunding the police,” she said. “They want better policing, fair policing, community policing and more resources to deal with these incidents when they happen and also getting to the root causes.”

The narrative that Democratic politicians would like to undercut the police, she said, is “a false flag. It’s just untrue.”

Boxer noted that over her career, she has founded community policing efforts and after-school programs.

“We’ve got to deal with this with a multipronged approach — really good community policing and really tough consequences for kids and adults who do the wrong thing.”

The former senator also wanted to use the incident to send a message to the Oakland A’s, which may be moving from the area.

“I also want to use this opportunity to say I would send a message personally to the Oakland A’s — this is the neighborhood you’re going to come into, and it could be so wonderful,” she said. “I live a few blocks from there, there’s so much potential here. I love Oakland. This shook me up, but it only made me stronger to fight for what could make this community stronger.”