Rep. Bennie Thompson, D-Miss., pictured during a hearing in July 2020, is suing former President Donald Trump over the Capitol riot after Trump was acquitted by the Senate over an incitement charge. Anna Moneymaker/Pool/Getty Images hide caption 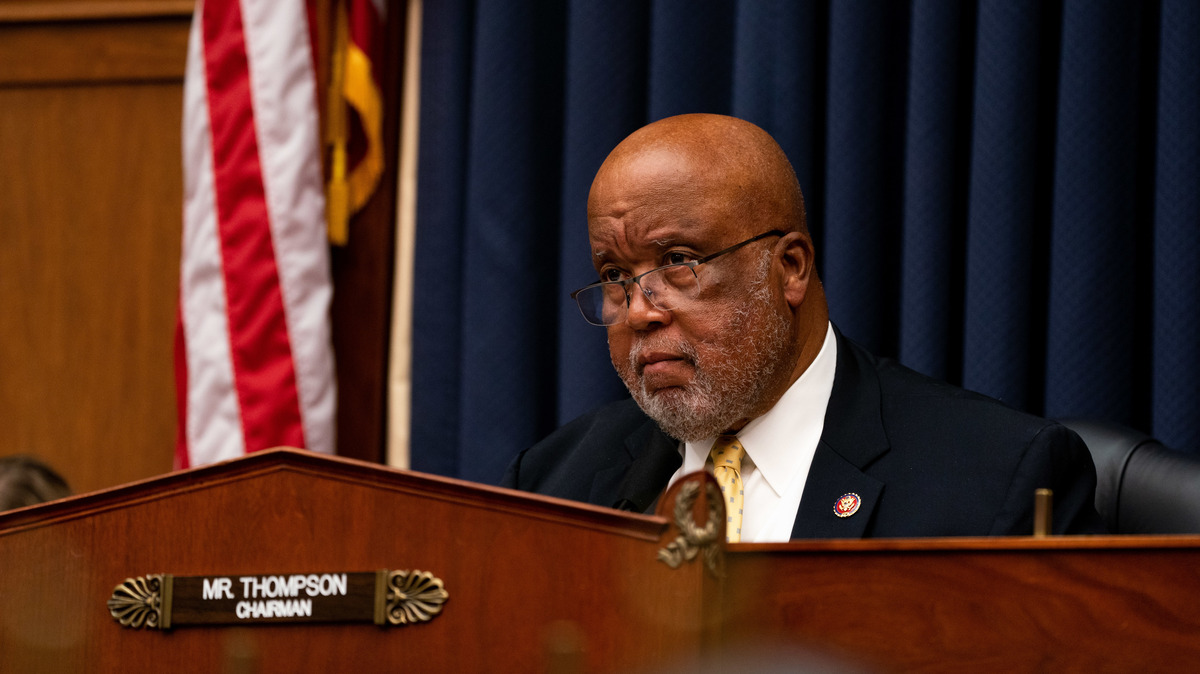 Rep. Bennie Thompson, D-Miss., pictured during a hearing in July 2020, is suing former President Donald Trump over the Capitol riot after Trump was acquitted by the Senate over an incitement charge.

Democratic Rep. Bennie Thompson is suing former President Trump, Rudy Giuliani and two far-right groups — the Proud Boys and the Oath Keepers — for allegedly conspiring to incite the deadly violence on Jan. 6 at the U.S. Capitol.

The lawsuit, filed on Thompson’s behalf by the NAACP and the civil rights law firm Cohen Milstein Sellers & Toll, accuses Trump and the other defendants of violating the 1871 Ku Klux Klan Act by trying to interfere in Congress’ certification of the Electoral College count. The legislation was part of a series of Enforcement Acts at the time intended to protect the enfranchisement of Black citizens from violence and intimidation.

The suit is the first against Trump since the Senate acquitted him Saturday in his second impeachment trial. Seven Republicans broke with Trump and voted for his conviction on the charge of inciting an insurrection, but the tally still fell short of the 67 needed to convict him.

After the vote, the Senate’s top Republican, Mitch McConnell, delivered a scathing speech in which he blamed Trump for the violence on Jan. 6 but said he voted to acquit because he believes a former president can’t be tried by the Senate. McConnell also said Trump can be held liable in the court system.

Thompson’s lawsuit, which was filed in U.S. District Court in Washington, D.C., and seeks compensatory and punitive damages, aims to do just that.

“I am privileged to partner with the NAACP to have my day in court so that the perpetrators of putting members of Congress at risk can be held accountable,” Thompson told reporters Tuesday.

The main sweep of allegations, and many of the details as well, presented in the lawsuit mirror those made by House managers in Trump’s impeachment trial. It alleges that Trump spent months pushing baseless claims about election fraud, primed his supporters with lies and ultimately directed them Jan. 6 at the Capitol.

It claims that Trump, Giuliani, the Proud Boys and the Oath Keepers conspired to incite a mob, march on the Capitol and through force, intimidation and threat prevent Congress’ counting of the Electoral College votes.

“The insurrection at the Capitol was a direct, intended, and foreseeable result of the Defendants’ unlawful conspiracy,” the lawsuit alleges. “It was instigated according to a common plan that the Defendants pursued since the election held in November 2020.”

The lawsuit accuses the Proud Boys and Oath Keepers of spearheading the assault on the Capitol while Trump and Giuliani incited the mob. Several members of both of the far-right groups are facing federal charges — including conspiracy — in connection with their actions on Jan. 6.

The lawsuit lists Proud Boys International, a Texas limited liability company with chapters around the country, as a defendant. The Oath Keepers, meanwhile, is a militia organization that is incorporated as a nonprofit in Nevada.

Thompson, who represents Mississippi’s 2nd Congressional District, was at the Capitol when the mob overran the building. The lawsuit says he was in Gallery C of the House to vote on the Electoral College ballots when the attack began.

Thompson heard rioters pounding on the doors of the House chamber, it says, and saw security guards blockage the door with furniture.

“Plaintiff Thompson heard a gunshot, the source of which, at the time, was unknown to him, although he later learned that it had killed one of the rioters who had forced her way into the Capitol lobby,” the suit says.

Thompson and other lawmakers were told to lie on the floor and put on gas masks. Eventually, he and his colleagues were able to leave the gallery. They sought shelter in a room with some 200-300 others, including lawmakers, staff and family.

The lawsuit notes that this all took place during the COVID-19 pandemic, and that Thompson, who is in his 70s, is at high risk to the virus. After the siege ended, it says, two lawmakers who sheltered in place with Thompson tested positive for COVID-19.
Source Link