Trump supporters clash with police and security forces as they storm the U.S. Capitol on Jan. 6. Roberto Schmidt/AFP via Getty Images hide caption 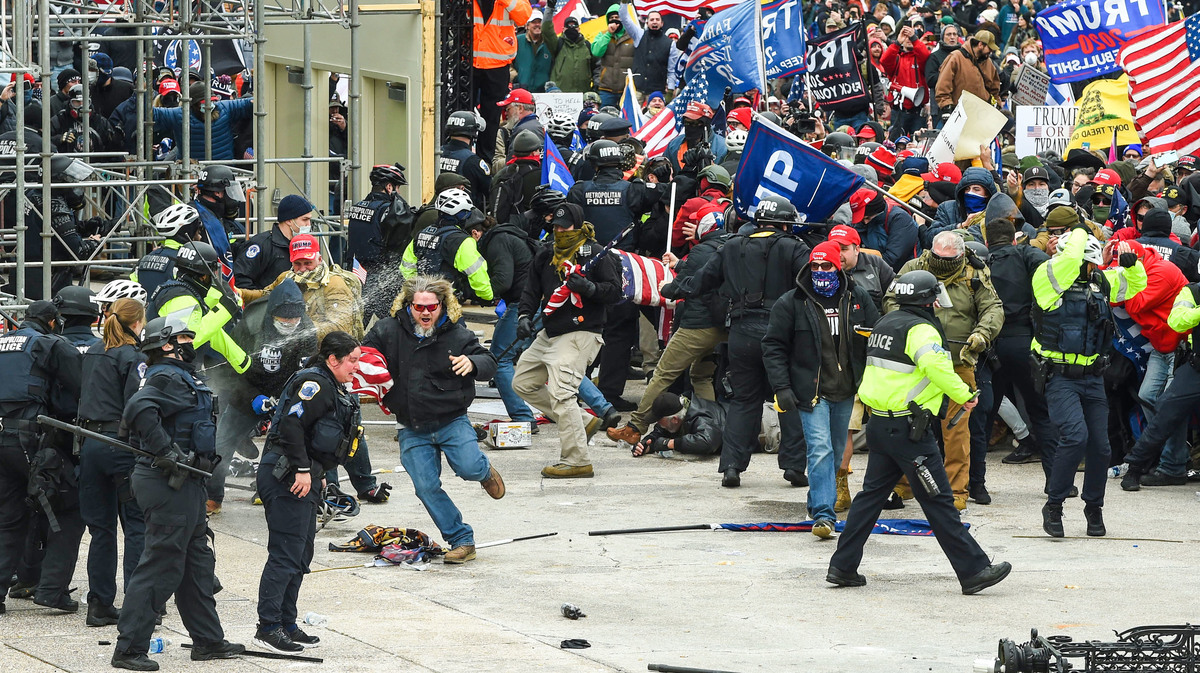 Trump supporters clash with police and security forces as they storm the U.S. Capitol on Jan. 6.

President Biden has asked the director of national intelligence to draw up a comprehensive threat assessment on domestic violent extremism in the country as the new administration seeks to tackle what it calls a “serious and growing national security threat.”

The move is one of several the White House press secretary announced Friday to address mounting concerns about domestic extremism, particularly in the wake of the violent insurrection more than two weeks ago by Trump supporters at the U.S. Capitol.

“The Biden administration will confront this threat with the necessary resources and resolve,” press secretary Jen Psaki said. “We are committed to developing policies and strategies based on facts, on objective and rigorous analysis and on our respect for constitutionally protected free speech and political activities.”

One aspect of that is the threat assessment Biden has requested from the Office of the Director of National Intelligence.

That document will be coordinated with the FBI and the Department of Homeland Security, and it will draw on the analysis from across the U.S. government and outside organizations, Psaki said.

“The key point here is that we want fact-based analysis upon which we can shape policy. This is really the first step in the process,” she added. “We will rely on our appropriate law enforcement and intelligence officials to provide that analysis.”

The administration is also aiming to build out the capability of the National Security Council to focus on domestic violent extremism, she said.

The NSC is going to look at whether more needs to be done to address the threat. It will review existing policies on preventing radicalization and attacks, and see what gaps need to be filled and then coordinate efforts to fill them, she said.

That effort will be led by Joshua Geltzer, a lawyer who previously worked on the Obama National Security Council and in the Justice Department.

While the attack on the U.S. Capitol was the most glaring recent example of violent extremism, it is not the only one. In October, members of a self-styled militia in Michigan were charged with plotting to kidnap the state’s Democratic governor, Gretchen Whitmer.

U.S. officials, meanwhile, have publicly stated that violent white supremacy has been the most lethal domestic terrorism threat in recent years.
Source Link