Vials of the Moderna COVID-19 vaccines are seen at the Covenant Place facility in Sumter, S.C. Micah Green/Bloomberg via Getty Images hide caption 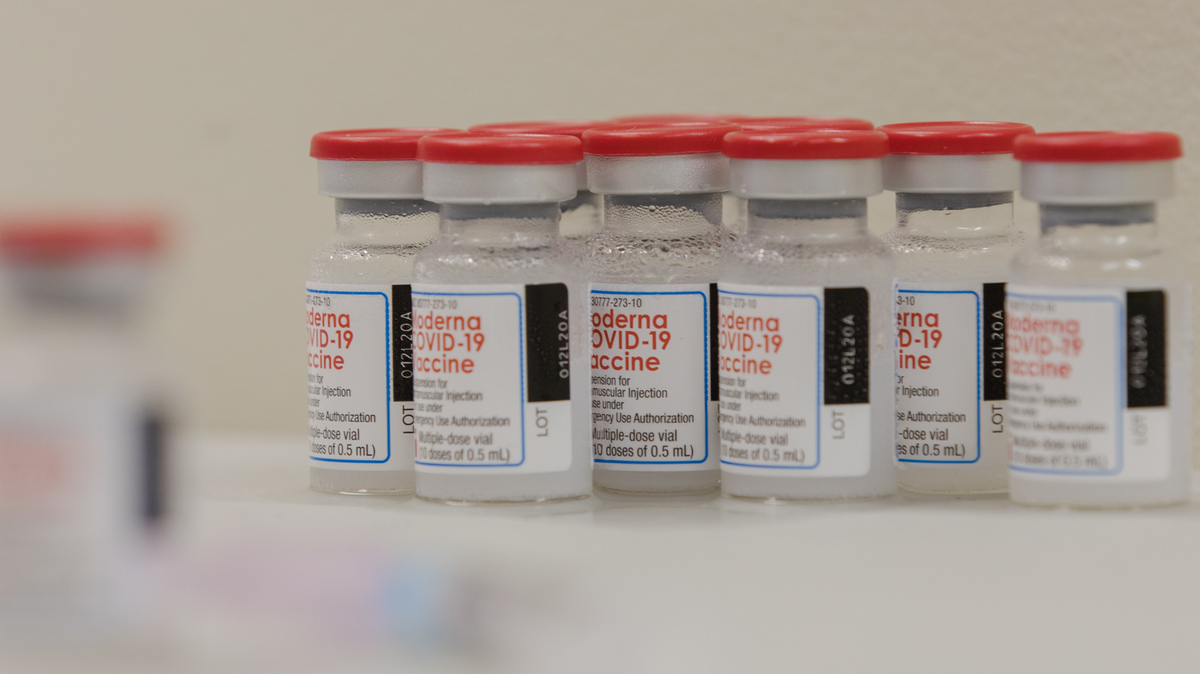 Vials of the Moderna COVID-19 vaccines are seen at the Covenant Place facility in Sumter, S.C.

President Biden will announce Tuesday that his administration is working to purchase an additional 200 million doses of the two COVID-19 vaccines that have been authorized for emergency use, with the goal, the White House says, of having enough vaccine supply for nearly the entire U.S. population by the end of the summer.

The administration says it plans to buy an additional 100 million doses each from both Moderna and Pfizer, which has a vaccine with its German counterpart, BioNTech.

“This increases the total vaccine order for the U.S. by 50%, from 400 million to 600 million with these additional doses expected to deliver this summer,” the White House said in a fact sheet it put out before planned remarks from the president.

Both the Moderna and Pfizer vaccines require a two-dose regimen per person.

The planned announcement from Biden comes nearly a week into his presidency, and as he has repeated that the rollout of vaccines — to help alleviate the devastating coronavirus pandemic, and to put unemployed Americans back to work — is his top priority. More than 420,000 Americans are now confirmed to have died from COVID-19 — a figure that’s likely a severe undercount.

Biden has said his goal is to get 100 million shots into arms in the first 100 days of his administration, a figure that was in line with earlier trends and has been called too low by many experts. Speaking Monday, Biden threw out a higher figure he’d like to see: 150 million shots.

The allocation and delivery of vaccines — now crossing two administrations — has been troubled. Some 20 million more doses have been distributed by the federal government than have actually been administered to people, according to the latest tally from the Centers for Disease Control and Prevention.

In a call with senior administration officials before Biden’s remarks, one official noted two constraining factors on the vaccination effort: supply of vaccines and an ability by states and localities to administer vaccines quickly.

Over the next three weeks, the Biden administration says it will boost supply to states, tribes and territories from a current 8.6 million doses a week to a minimum of 10 million doses per week.

And responding to complaints from state and local officials about a lack of understanding about what vaccine supply to expect, the administration is also pledging more transparency.

“The Department of Health and Human Services will provide allocation estimates for the upcoming three weeks as opposed to the one week look-ahead that they previously received,” the White House said in its fact sheet. “This increased transparency will give state and local leaders greater certainty around supply so that they can plan their vaccination efforts and administer vaccines effectively and efficiently.”

A senior administration official called the vaccine distribution a “daunting endeavor” and urged Congress to pass Biden’s $1.9 trillion rescue package to provide billions in funding to aid in the effort.
Source Link