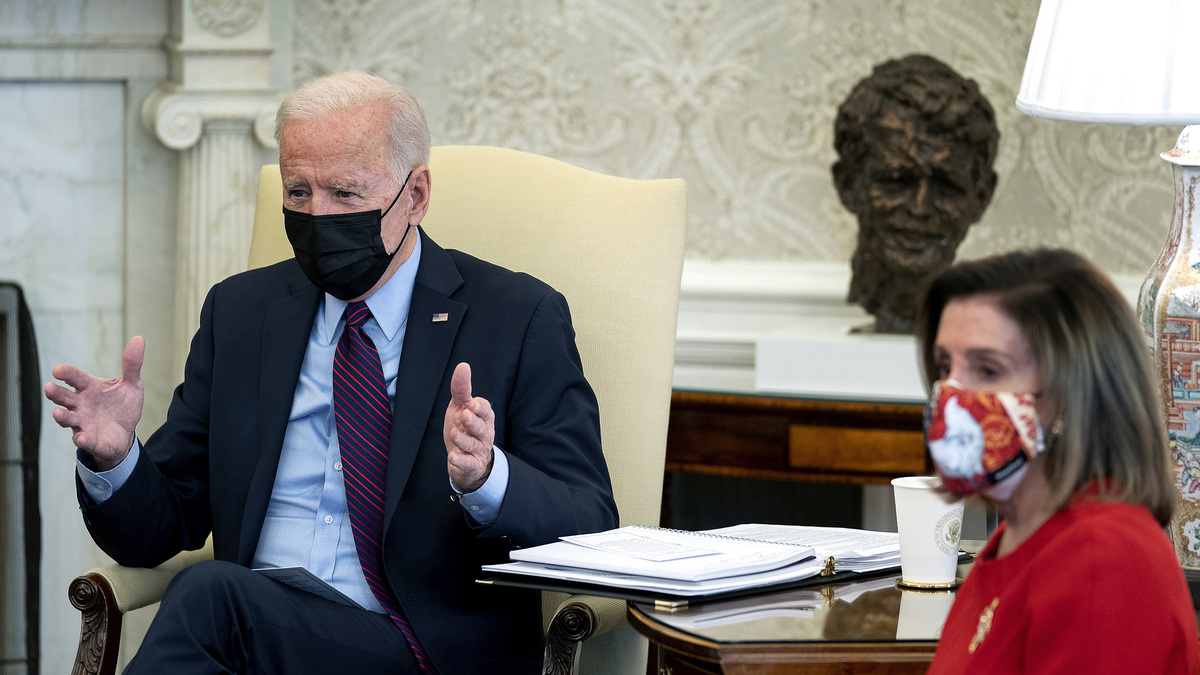 President Biden meets with House Democratic leaders, including Speaker Nancy Pelosi to discuss coronavirus relief legislation in the Oval Office at the White House on Friday.

When it comes to President Biden and his COVID-19 relief package, it’s: go big or go home.

Biden says he would prefer the legislation be bipartisan, but Republicans are nowhere near being on board with the president’s $1.9 trillion proposal that includes money to speed vaccine distribution, aid small businesses, reopen schools, shore up state and local budgets and get $1,400 checks out to individuals.

“They’re just not willing to go as far as I think we need to go,” Biden said in his clearest indication that he’s not waiting around for Republican support he might never get — though his team appears to be looking outside Washington for some GOP support.

These are lessons Biden learned as former President Obama’s vice president during the fights over the 2009 Recovery Act and the Affordable Care Act.

In other words, the bigger the better when the country is in crisis. And if Republicans want to get on board with that, in Biden’s view, great; if not, “That’s an easy choice,” Biden said. “I’m going to help the American people who are hurting — now.”

Democrats took a first step toward doing an end-run around Republicans Friday, starting down the path of using the complicated budget reconciliation process. It will likely take a few weeks, but when all the hurdles are jumped, Democrats would need just a majority of the Senate to pass the package.

They’re doing that because Republicans would block the legislation from going to the Senate floor for an up-down vote and, instead, make it subject to the 60-vote threshold needed to overcome a filibuster.

Democrats have to feel buoyed by surveys in recent days that show the American people overwhelmingly support the legislation. A Quinnipiac poll out this week showed two-thirds supported the relief package, nearly eight in 10 supported the $1,400 individual checks and even six in 10 supported raising the minimum wage to $15 an hour. Though, Biden told CBS News he doesn’t think the minimum wage hike will make it into the package in the end.

Republicans are saying the proposal is just too expensive. To that, and on process, Democrats cry hypocrisy.

“All of a sudden, many of them have rediscovered fiscal restraint and the concern for the deficits,” Biden said.

The national debt ballooned by $8 trillion during the Trump presidency and few Republicans spoke out or put restraints on him. Instead, using the same budget reconciliation process, Republicans passed $2.3 trillion in tax cuts, $400 billion larger than the package Biden wants to push out for COVID-19 relief.

Republicans also tried and failed — only because of the late John McCain’s thumbs down — to use reconciliation to repeal the Affordable Care Act.

Currently, Republicans are embroiled in an internal fight over two members of their own House conference — one, Liz Cheney, who is in leadership and voted in favor of Trump’s impeachment following the Capitol riot Jan. 6; the other, Rep. Marjorie Taylor Greene — a congresswoman from Georgia, who believes in dangerous conspiracy theories. 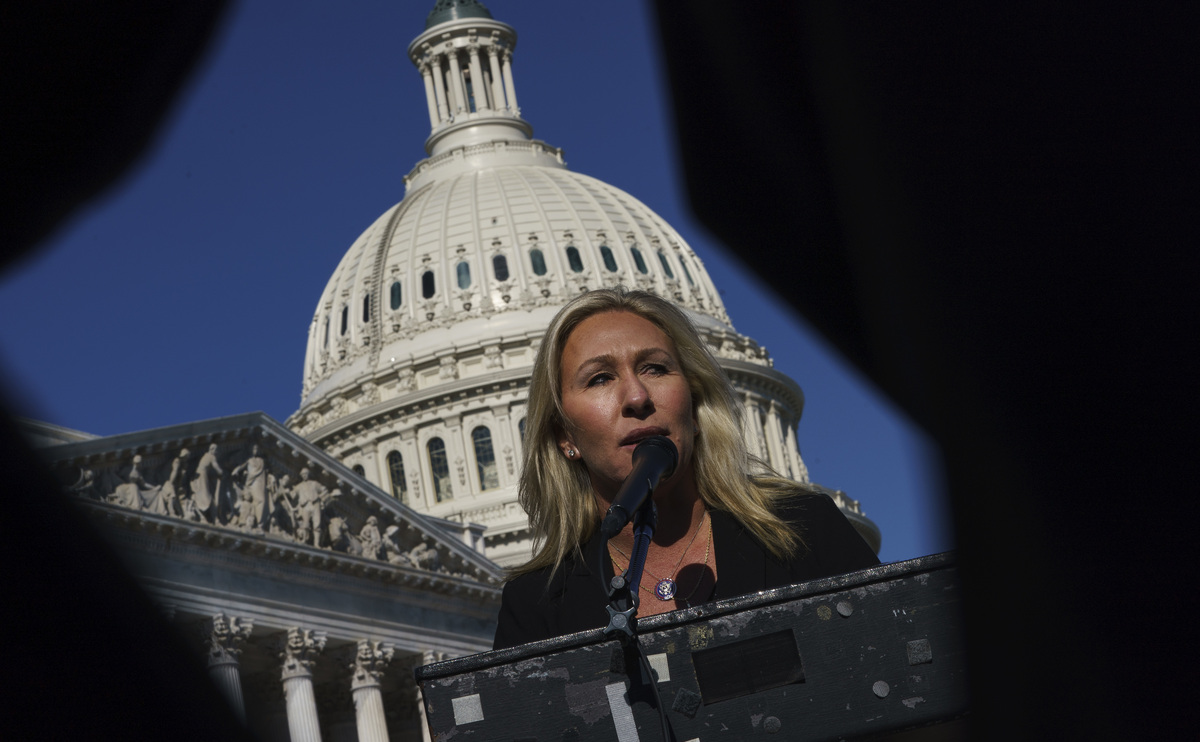 Rep. Marjorie Taylor Greene, R-Ga., speaks during a press conference outside the U.S. Capitol Friday after she was stripped of committee assignments.

The drama played out this week with Cheney keeping her spot in leadership, but seeing 61 of her colleagues vote to remove her from the post. Just 11 Republicans, on the other hand, voted with Democrats to remove Greene from committee assignments after her own leadership did nothing in choosing not to discipline her.

It’s quite the change for House Republicans. Following the 2006 midterm elections when Republicans lost several seats due to ethics scandals, Republican leader John Boehner vowed to act quickly on ethical problems and scandals.

He acted swiftly when he became Speaker of the House in 2011. But eventually, Boehner was run out of Washington by the very frogs he was trying to keep in the wheelbarrow — using his words to describe how he viewed the members in his conference.

The party is suffering in the meantime. The same Quinnipiac poll found congressional Democrats had just a mediocre job approval. But Republicans’ ratings were abysmal.

Americans were split on how they thought Democrats were doing their job in Congress — 44% approved, 46% disapproved. But two-thirds thought Republicans were not doing a good job while just a quarter thought they were.

Those are numbers hard to recover from in the short term. And despite Biden’s repeated calls for “unity” — which he doesn’t necessarily define as bipartisan legislation — Democrats are betting that most Americans will be with them on this COVID-19 relief effort, even if it means going it alone.
Source Link