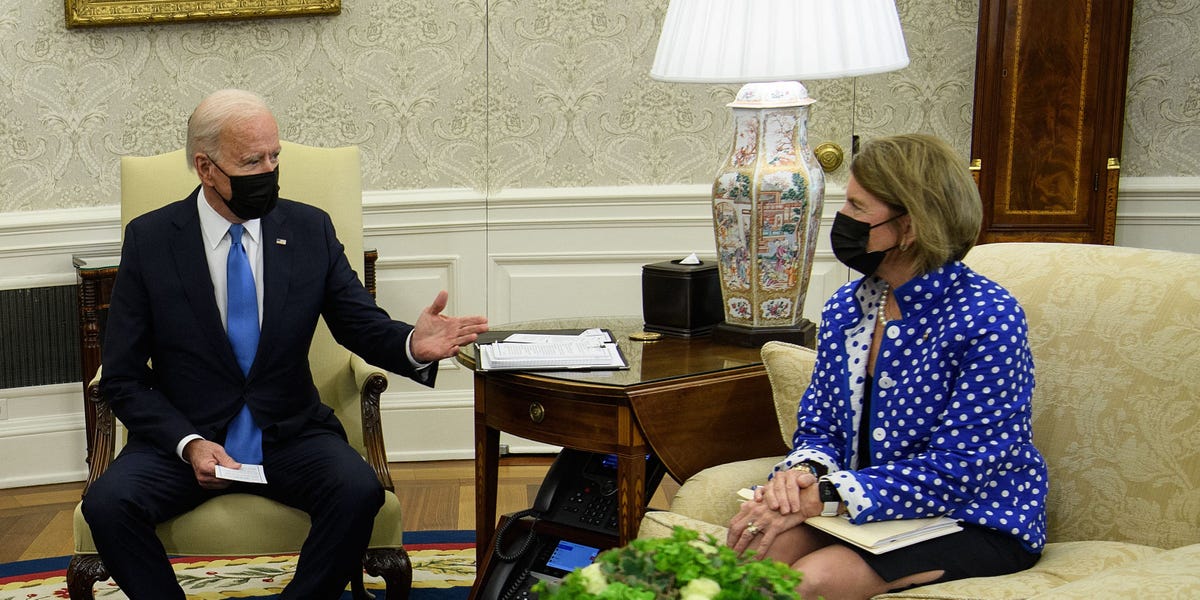 In a big concession to the GOP, President Joe Biden offered to drop his proposed rollback of the 2017 GOP tax law and impose a 15% minimum tax rate on large firms instead as part of a bipartisan infrastructure package. He also cut the amount of spending he wants to $1 trillion in the talks.

It was first reported by The Washington Post, and a senior administration official later confirmed it.

“This should be completely acceptable to Republicans,” White House press secretary Jen Psaki said at a Thursday press conference.

The move comes as the president continues a fourth week of negotiations with the GOP, who have ruled out any alterations to their Republican tax cuts. Biden had proposed raising the corporate rate from to 28% from its current level of 21% enacted under President Donald Trump’s tax law.

Instead, Biden put forward a 15% minimum corporate tax as a possible solution, a levy that would be squarely aimed at corporations paying little to no taxes. The president has previously cited a report from the left-leaning Institute on Taxation and Economic Policy indicating 55 major American companies paid nothing in federal income taxes in the past year.

The White House did not respond to a request for comment.

The move represents a sharp break from Biden’s previous fiery rhetoric on the need for increased corporate taxes. Still, some centrist Democrats like Sen. Joe Manchin of West Virginia are pushing for a rate closer to 25%, rather than 28%. Biden wants to offset his proposed infrastructure spending with tax hikes on corporations and the country’s highest-earners.

Republicans last week led by Sen. Shelley Moore Capito of West Virginia pitched an infrastructure plan with only a modest amount of new spending above what Congress has already approved. Both parties are clashing over the size and scale of the package, along with how to pay for it.

Republicans are seeking to finance their spending with coronavirus relief money, which many Democrats are rejecting.

It also comes amidst a push by the US to enact a global minimum corporate tax rate, which would seek to standardize taxes for multinational companies and prevent them from fleeing to countries with lower levies. The latest figure reported for that rate is also 15%, not the expected 21%.

That provision is already encountering early resistance from Republicans.” I don’t think that’s gonna appeal to members of my party, and I think it’ll be a hard sell to the Democrats,” Senate Minority Leader Mitch McConnell said on Thursday in Kentucky.

The White House also wants to step up tax enforcement on corporations and high-earners.

“It’s just not fair. It’s not fair to the rest of the American taxpayers,” Biden previously said in a speech defending the corporate tax rate increase. “We’re going to try to put an end to this. Not fleece them — 28%. If you’re a mom, a dad, a cop, firefighter, police officer, etc., you’re paying close to that in your income tax.”

Capito and Biden are scheduled to speak again on Friday.