The American flag files at half-staff at the White House on Thursday. Andrew Harnik/AP hide caption 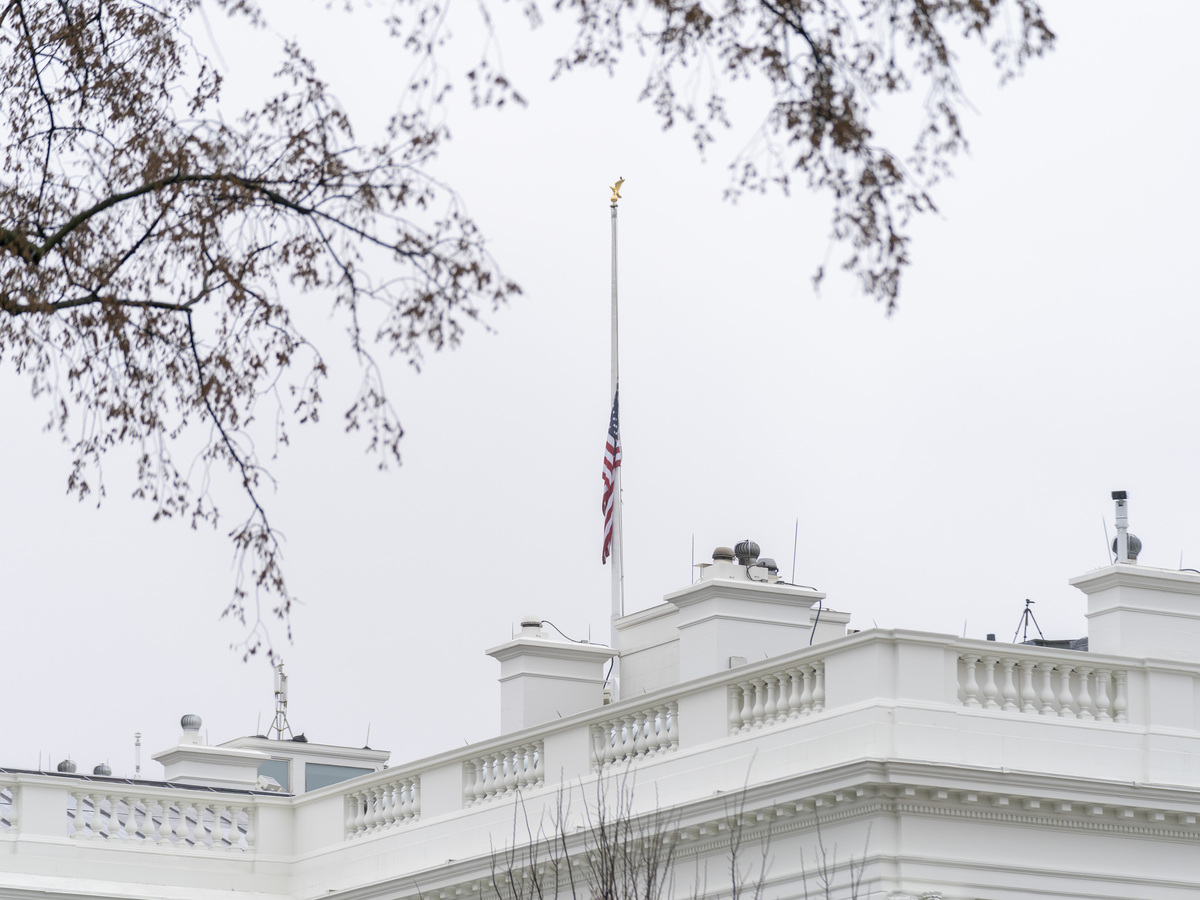 The American flag files at half-staff at the White House on Thursday.

President Biden and Vice President Harris plan to travel to Atlanta on Friday, where they will meet with leaders of the city’s Asian American community in the aftermath of a deadly shooting spree there this week that left eight people dead, including six women of Asian descent.

Meanwhile, Biden issued a proclamation for U.S. flags on federal buildings to be lowered to half-staff through sunset Monday to mark the massacre in Georgia.

Biden said he was ordering the flags lowered “as a mark of respect for the victims of the senseless acts of violence” on Tuesday, when police say a lone gunman fatally shot the victims at three Atlanta metropolitan spas.

The suspect, 21-year-old Robert Aaron Long, was charged on Wednesday with four counts of murder and one count of assault in Cherokee County, north of Atlanta, where three women and one man were fatally shot at Young’s Asian Massage. Long is also charged with murder in Atlanta, where four women were killed at two separate spas.

The Cherokee County Sheriff’s Office said the suspect confessed to the shootings, telling authorities that he suffered from “sex addiction” and that the spas represented a “temptation for him that he wanted to eliminate.”

“We believe that he frequented these places and he may have been lashing out,” Sheriff Frank Reynolds said Wednesday.

The White House has decided to cancel a rally in Atlanta to tout the passage of the $1.9 trillion COVID-19 relief. But the president and vice president planned instead to visit the Atlanta-based Centers for Disease Control and Prevention to get updates from officials on the fight against the coronavirus pandemic, officials quoted by the Atlanta Journal Constitution said.

In addition, Biden and Harris will meet with leaders of the Asian American and Pacific Islander community in Atlanta on Friday and speak with state legislators to get their perspectives on the increasing number of hate crimes against people of Asian descent since the beginning of the COVID-19 pandemic that some critics say was fueled by former President Donald Trump’s disparagement of China as the source of the virus.
Source Link