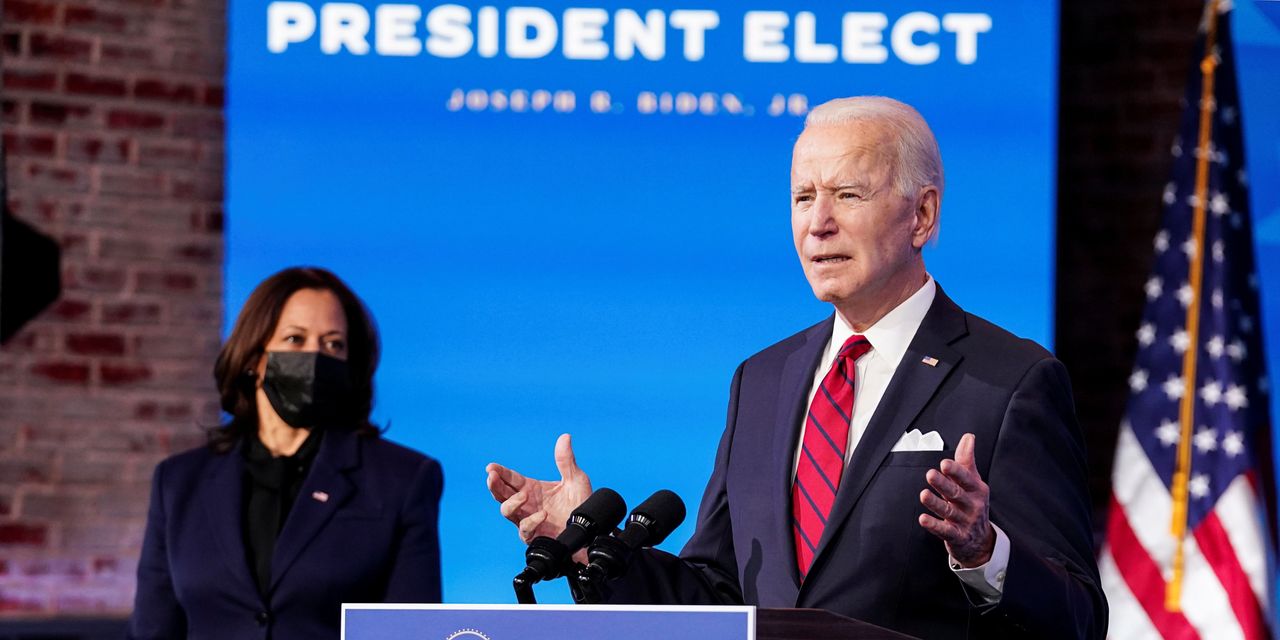 WILMINGTON, Del.—President-elect Joe Biden outlined his proposal to give the federal government a bigger role in getting Americans vaccinated against Covid-19, including setting up federally supported community centers and mobile clinics for delivering shots.

The plan, which Mr. Biden described in a speech Friday, marks a shift in the coronavirus response that has so far involved the Trump administration purchasing and distributing vaccines, while relying heavily on states to administer the shots.

“This will be one of the most challenging operational efforts ever undertaken by the country. But you have my word. We will manage the hell out of this operation,” Mr. Biden said, before adding that he needed funding from Congress to make it happen.

“I’m optimistic, I’m convinced the American people are ready to spare no effort and no expense to get this done,” he said.

Mr. Biden said he would expand the use of a Korean War-era national security mobilization law, known as the Defense Production Act, in an effort to increase manufacturing of vaccines and vaccination supplies. He also called for a “federally led, locally focused public education campaign” to encourage Americans to get the vaccine.