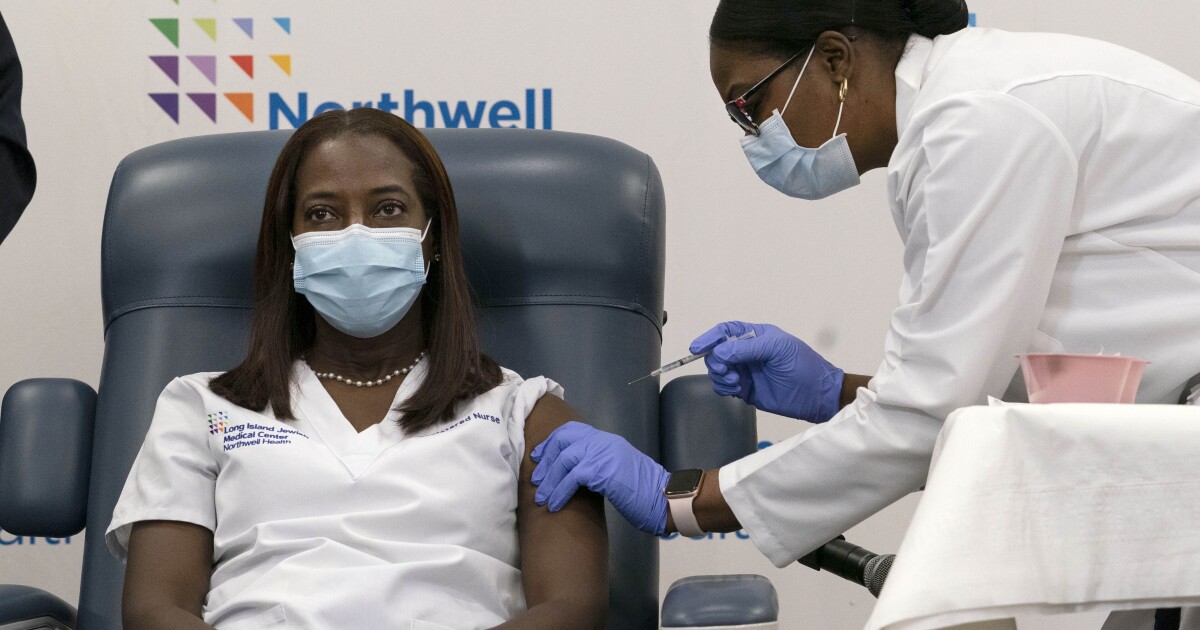 With a burst of executive orders, President Joe Biden served notice Thursday that the nation’s COVID-19 response is under new management and he’s demanding progress to reduce infections and lift the siege Americans have endured for nearly a year.

The 10 orders signed by Biden are aimed at jump starting his national COVID-19 strategy to increase vaccinations and testing, lay the groundwork for reopening schools and businesses, and immediately increase the use of masks — including a requirement that Americans mask up for travel. One directive calls for addressing healthcare inequities in minority communities hard hit by the virus.

“We didn’t get into this mess overnight, and it will take months to turn this around,” Biden said. “Despite the best intentions, we’re going to face setbacks “ But he declared, “To a nation waiting for action, let me be clear on this point: Help is on the way.”

The new president has vowed to take far more aggressive measures to contain the virus than his predecessor, starting with stringent adherence to public health guidance. He faces steep obstacles, with the virus actively spreading in most states, slow progress on the vaccine rollout and political uncertainty over whether congressional Republicans will help him pass a $1.9-trillion economic relief and COVID response package.

“We need to ask average Americans to do their part,” said Jeff Zients, the White House official directing the national coronavirus response. “Defeating the virus requires a coordinated nationwide effort.”

But Biden officials say they’re hampered by lack of cooperation from the Trump administration during the transition. They say they don’t have a complete understanding of their predecessors’ actions on vaccine distribution.

They’re also depending on Congress to provide $1.9 trillion for economic relief and COVID-19 response. And they face a litany of complaints from states that say they are not getting enough vaccine doses even as they are being asked to inoculate more categories of people.

Biden acknowledged the urgency of the mission in his inaugural address. “We are entering what may well be the toughest and deadliest period of the virus,” he said before asking Americans to join him in a moment of silence in memory of the more than 400,000 people in the U.S. who have died from COVID-19.

Biden’s top medical advisor on COVID-19, Dr. Anthony Fauci, also announced renewed U.S. support for the World Health Organization after it faced blistering criticism from the Trump administration, laying out new commitments to tackle the coronavirus and other global health issues. Fauci said early Thursday that the U.S. would join the U.N. health agency’s efforts to bring vaccines, therapeutics and diagnostics to people in need, whether in rich or poor countries, and would resume full funding and staffing support for the WHO.

The U.S. mask order for travel being implemented by Biden will apply to airports and planes, ships, intercity buses, trains and public transportation. Travelers from abroad must furnish a negative COVID-19 test before departing for the U.S. and quarantine upon arrival. Biden has already mandated masks on federal property.

Although airlines, Amtrak and other transportation providers now require masks, Biden’s order makes it a federal mandate, leaving little wiggle room for passengers tempted to argue about their rights. It marks a sharp break with the culture of President Trump’s administration, under which masks were optional, and Trump made a point of going maskless and hosting big gatherings of like-minded supporters. Science has shown that masks, properly worn, cut down on coronavirus transmission.

Biden also is seeking to expand testing and vaccine availability, with the goal of 100 million shots in his first 100 days in office. Zients called Biden’s goal “ambitious and achievable.”

The Democratic president has directed the Federal Emergency Management Agency to begin setting up vaccination centers, aiming to have 100 up and running in a month. He’s ordering the Centers for Disease Control and Prevention to begin a program to make vaccines available through local pharmacies starting next month. And he’s mobilizing the Public Health Service to deploy to assist localities in vaccinations.

There’s also support for states. Biden is ordering FEMA to reimburse states for the full cost of using their National Guards to set up vaccination centers. That includes the use of supplies and protective gear as well as personnel.

Some independent experts say the administration should be setting a higher bar for itself than 100 million shots. During flu season, the U.S. is able to vaccinate about 3 million people a day, said Dr. Christopher Murray of the Institute for Health Metrics and Evaluation in Seattle.

“Given the number of people dying from COVID, we could and should do more — like what we’re able to do on seasonal flu,” Murray said.

Zients said Biden would not follow through on a Trump administration plan to penalize states lagging in vaccination by shifting some of their allocation to more efficient states. “We are not looking to pit one state against another,” he said.

Biden has set a goal of having most K-8 schools reopen in his first 100 days, and he’s ordering the departments of Education and Health and Human Services to provide clear guidance for reopening schools safely.

Getting schools and child care going will help to ease the drag on the U.S. economy, making it easier for parents to return to their jobs and restaurants to find lunchtime customers.

But administration officials stressed that reopening schools safely would depend on increased testing.

To ramp up supplies, Biden is giving government agencies a green light to use a Cold War-era law called the Defense Production Act to direct manufacturing.

“We do not have nearly enough testing capacity in this country,” Zients said. “We need the money in order to really ramp up testing, which is so important to reopen schools and businesses.”

This means that any efforts to reopen the economy will hinge on how quickly lawmakers act on the $1.9-trillion package proposed by Biden, which includes separate planks such as $1,400 in direct payments to people, a $15 minimum wage, and aid to state and local governments that some Republican lawmakers see as unnecessary for addressing the medical emergency. The Biden plan estimates that a national vaccination strategy with expanded testing requires $160 billion, and he wants another $170 billion to aid the reopening of schools and universities.

As part of his COVID-19 strategy, Biden will order the establishment of a COVID-19 Health Equity Task Force to ensure that minority and underserved communities are not left out of the government’s response. Black, Latino and Native American people have borne a heavy burden of death and disease from the virus. Surveys have shown vaccine hesitancy is high among African Americans, a problem the administration plans to address through an education campaign.

But Dr. Marcella Nunez-Smith, the top White House health advisor on minority communities, said she’s not convinced that race should be a factor in vaccination. Disparities seem to have more to do with risky jobs and other life circumstances.

“It’s not inherent to race,” she said. “It’s from the exposures.”

There’s also support for states in the package. Biden is ordering FEMA to reimburse states for the full cost of using their National Guards to set up vaccination centers. That includes the use of supplies and protective gear as well as personnel. States would also be able to tap FEMA’s Disaster Relief Fund to help them get schools back open.