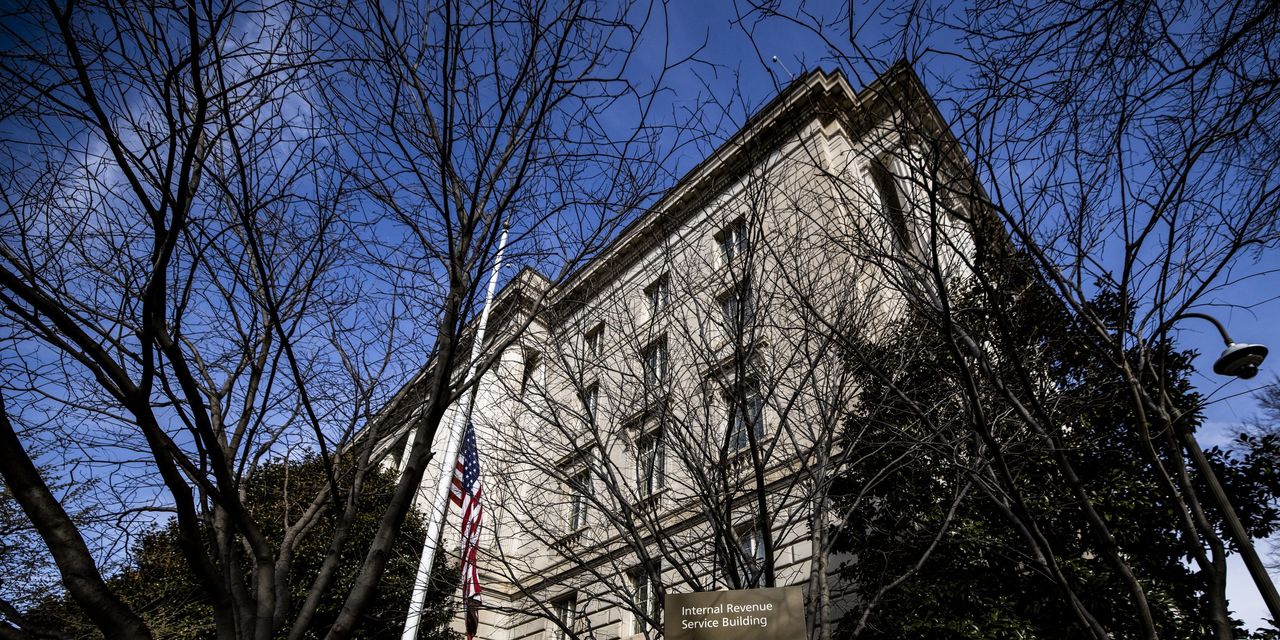 WASHINGTON—The Biden administration will propose an $80 billion funding boost for the Internal Revenue Service over the next decade, aiming to strengthen tax enforcement against the wealthiest Americans, according to two people familiar with the plan.

The administration projects that its plan would generate about $700 billion in net taxes that would otherwise go uncollected, the people said. It is an aggressive estimate that relies on more audits, alongside the administration’s proposals to raise tax rates on the ordinary income and capital gains of high-income taxpayers.

The proposals are expected to be included in the roughly $1.8 trillion antipoverty proposal that President Biden is expected to detail Wednesday in a speech to Congress. The money from tax enforcement and higher rates would pay for an extension of the expanded child tax credit along with programs to expand child care and funding for community college.

Compared with taking the current $12 billion IRS budget and increasing it by 5% annually, the $80 billion addition would increase the agency’s size by more than 50%. In addition to experienced enforcement staff, the IRS has been asking Congress for more money to modernize its computer systems.

The IRS plan also is expected to include changes to information-reporting rules that would provide the agency with more data about Americans’ financial activities. When the government has independent information about income—such as W-2 forms with wage data—compliance rates are nearly 100%. Where it doesn’t have such information—much business income—compliance rates are often about half that level.

The New York Times earlier reported the details of the plan Tuesday. Representatives for the White House and Treasury Department declined to comment in advance of the plan’s release.

“The plan is excellent in that it’s comprehensive both on the funding side and on the information reporting side,” said Chuck Marr, senior director for federal tax policy at the Center on Budget and Policy Priorities, which advocates for spending much more money on IRS enforcement.

The IRS has been shrinking steadily for the past decade after a series of budget cuts, and Democrats have been relatively united around trying to reverse the trend. Audit rates of individuals have hit 40-year lows, and the agency has 15% fewer employees than it did in 2010. The IRS says it devotes 30% less funding and staff to enforcement than it did in 2010.

The agency estimates that for tax years 2011 through 2013, about $381 billion annually in legally owed taxes went uncollected—in what is known as the tax gap. After inflation and budget cuts, that number is now likely much higher. IRS Commissioner Charles Rettig told Congress earlier this month that the figure could be as high as $1 trillion a year.

Getting all of that money would require a much more intrusive government than many Americans are likely to accept. But getting some of it is plausible, and nonpartisan analysts project that additional money for IRS enforcement would more than pay for itself.

The $700 billion figure is on the higher end of public estimates of what is plausible, and those larger estimates assume sustained efforts and a deterrent effect of tougher enforcement. It represents closing about 10% of the tax gap over a decade, though it’s even less of a reach if Mr. Rettig’s $1 trillion annual number is the starting point.

The administration’s proposal for multiyear funding will be welcome at the IRS, where officials emphasize that they need consistent funding. It can take years to hire and train skilled investigators and then years after that for their efforts to yield money as they battle high-income taxpayers.

“Enforcement alone will not narrow the Tax Gap, and the efforts necessary to raise compliance levels are resource intensive for the IRS and can be intrusive to taxpayers,” Mr. Rettig wrote this month on the IRS website. “We are committed to working with our partners to carefully balance the need with the burden.”

Write to Richard Rubin at richard.rubin@wsj.com