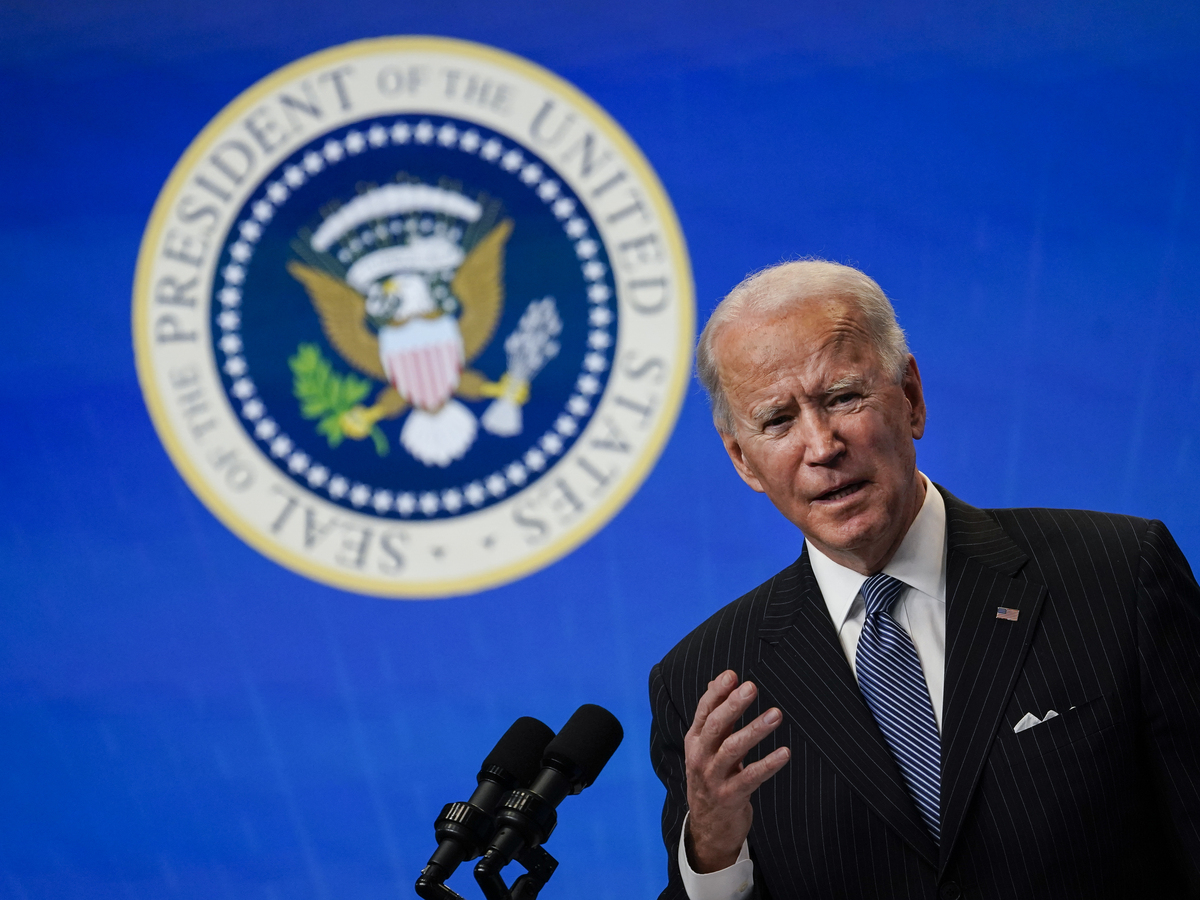 President Biden speaks after signing an executive order related to American manufacturing at the White House on Jan. 25, 2021.

Shortages of medical supplies and ingredients for pharmaceuticals came into stark focus during the early days of the coronavirus pandemic, when hospital workers resorted to reusing masks and gloves to try to keep themselves safe from COVID-19.

More recently, automakers were forced to shut down plants because of a shortage of computer chips, putting workers on furlough.

The supply chain failures are two examples of why the Biden administration wants to jump-start production of critical materials that go into cell phones, computers, cars, medicine and other sectors.

The sectors are part of a sweeping review of critical supply chains that will kick off on Wednesday when President Biden is expected to sign an executive order and meet with a bipartisan group of lawmakers who have worked on the issue.

“Once you get into one of these crises… there isn’t kind of the quick fix,” a senior official told reporters, previewing the order and explaining the need to get ahead of vulnerabilities.

The executive order won’t mention China by name, but it’s very much about countering the United States biggest economic competitor.

The Biden officials said the pandemic revealed how dangerously reliant the United States has become on foreign countries for these critical materials.

The scarcity of medical supplies during the early stages of the pandemic was the most obvious example. But similar vulnerabilities were exposed for the automobile industry due to shortage of semiconductor chips, which are also used in everything from cars and smartphones to medical devices and toasters.

John Neuffer, the chief executive of the Semiconductor Industry Association, says the shortages caused by the pandemic demonstrated how quickly problems can get out of hand if even just one piece of the supply chain is broken – or delayed.

“For the long term, I think what the review is going to find is we need to have more semiconductors made here in the good ‘ol U.S. of A,” said Neuffer, whose organization represents companies like Intel, Micron and Qualcomm.

“Right now, most of them are made overseas. And I think this pandemic has put in focus the reality that some of our supply chains need to be rebalanced,” Neuffer said in an interview with NPR.

Evan Medeiros, who was the top adviser on Asia in the Obama White House, said topics like supply chains for critical minerals may sound wonky, but they are incredibly important to everyday life.

But they’re also important to the United States’ position in the world and Biden’s promise to return America to its leadership position.

The challenge for Biden is trying to balance deepening economic interdependence with a country that he also sees as its biggest competitor – and an increasing national security threat.

“Biden starts out by framing it in this way,” said Medeiros, now at Georgetown University, “but the economic realities of the world are such that it’s not really us versus them because we have a $650 billion trading relationship with the country that’s at the heart of what Biden says is a resurgence in authoritarianism.”

While the United States and western allies are not going to cut off China, Medeiros said it can ensure there is resiliency and redundancy and diversity in the supply chains

“If we don’t get moving, they’re going to eat our lunch,” he said.

China produces most of the world’s supply of rare earth minerals used in phones, the defense sector, and electric cars. “We’re probably a little bit overly dependent there on a single source,” an official told reporters. The United States could look at options like recycling, or other partners in Latin America or Asia, to become less reliant, the official said.

“As a country, we need to make sure that we have our own capability in the event that – and even if it’s not a direct conflict – just from a competitive economic standpoint. of recognizing that these materials are going to be highly coveted because they’re going to be in short supply,” Litinsky said in an interview.
Source Link