Neera Tanden, nominee for director of the Office of Management and Budget, is sworn in to testify during a Senate hearing. Pool/Getty Images hide caption 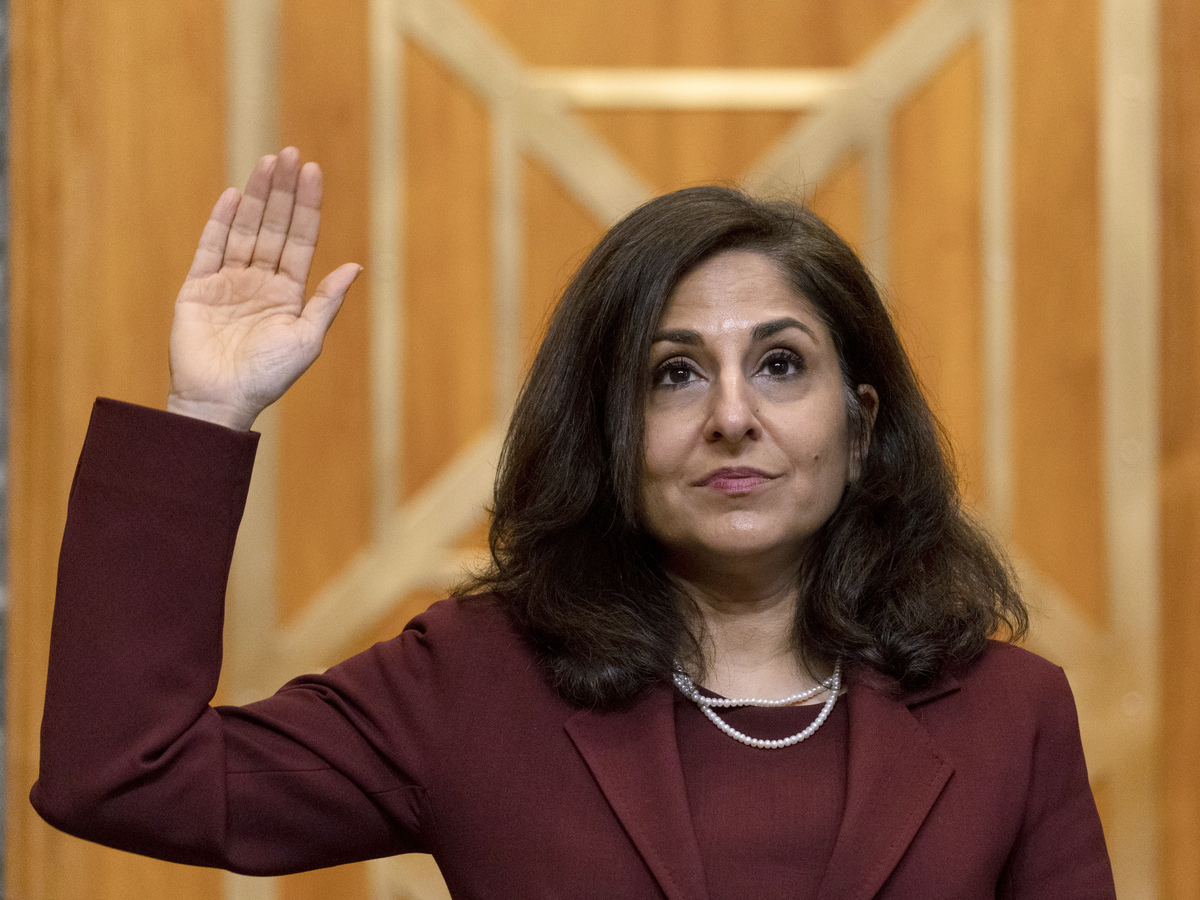 Neera Tanden, nominee for director of the Office of Management and Budget, is sworn in to testify during a Senate hearing.

Just over a month into President Biden’s administration, his cabinet remains sparsely staffed as nearly two dozen of his nominees await Senate confirmation.

In the deeply divided Senate, only 10 of Biden’s nominees have been confirmed in the chamber. An additional 23 await confirmation. (See who has been confirmed and who is still waiting in NPR’s tracker here.)

A number of Biden’s picks have had hearings before the 50-50 split Senate or will have them next week. However at least one nomination — that of Neera Tanden to lead the Office of Management and Budget — appears in limbo amid partisan divides and party in-fighting.

Tanden, who runs the liberal Center for American Progress, has come under fire from Republicans and at least one Democrat for past disparaging comments she made about Republican lawmakers.

While she has apologized for her remarks, Sen. Joe Manchin of West Virginia — a relatively conservative Democrat — has said he would not vote to confirm Tanden, dealing the first blow to her chances of confirmation. Without Manchin, Democrats would need the support of at least one Republican senator to pave a path to victory.

But Republican Sens. Susan Collins and Mitt Romney, two of Democrats’ best chances to break with party lines, have also come out in opposition to Tanden, further narrowing her chances.

Also facing searing criticism from Republicans are Xavier Becerra, Biden’s pick to head Health and Human Services, and his nominee to the Department of the Interior, Deb Haaland.

Becerra’s stance on abortion and family planning as California’s attorney general puts him in the crosshairs of conservative Republicans.

And Haaland’s opposition to fossil fuels has pitted her against Republicans and sparked concerns that Manchin, a coal defender, would oppose her nomination. Those fears were assuaged on Wednesday when Manchin publicly declared his support for Haaland.
Source Link