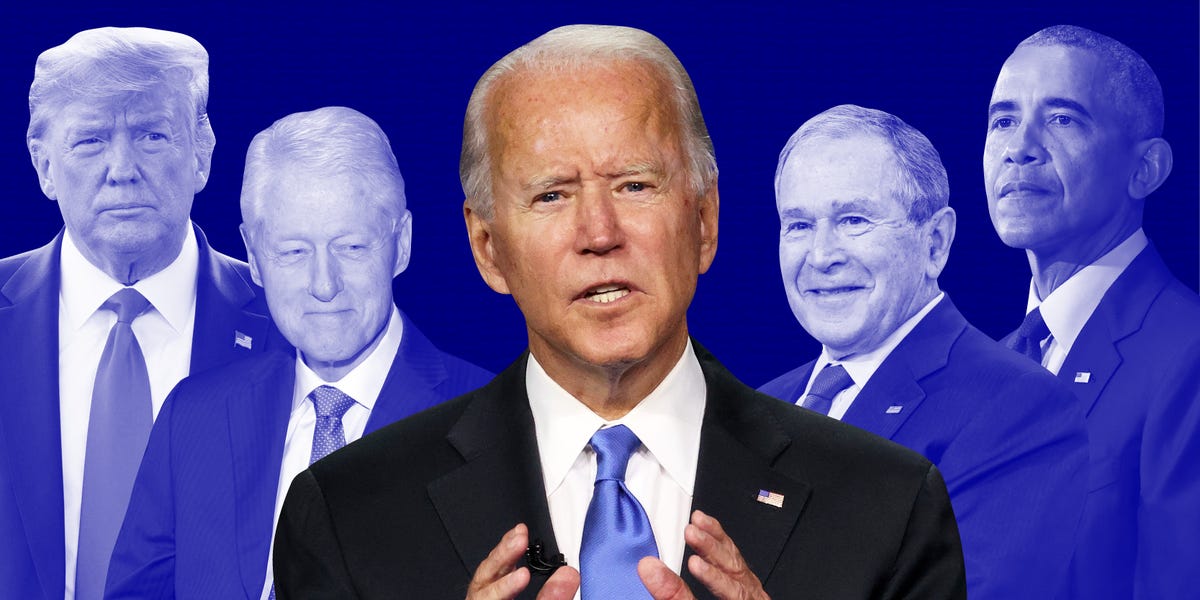 Presidents have been judged by their performance in their first 100 days for nearly nine decades. Although an arbitrary milestone, the tradition dates back to President Franklin D. Roosevelt, who in his first 100 days enacted sweeping measures to recover from the Great Depression and laid out the foundation of the New Deal.

Roosevelt raised the bar for how much a president could accomplish early in their tenure, which each president since has tried to live up to.

President Joe Biden is no FDR, but those comparisons have arisen in his first 100 days. Biden’s $1.9 trillion American Rescue Plan, signed into law on day 50, included a plethora of comprehensive policies to blunt the economic effects of the coronavirus pandemic, prompting debate about a new progressive era.

For Biden’s 100th day in office, Insider looked at what his approval ratings were, how many laws he enacted, how many executive orders he issued, how many of his Cabinet members were confirmed, how the economy performed, how many press conferences he held, and for fun, how often he golfed, stacking his performance against presidents Donald Trump, Barack Obama, George W. Bush, and Bill Clinton.