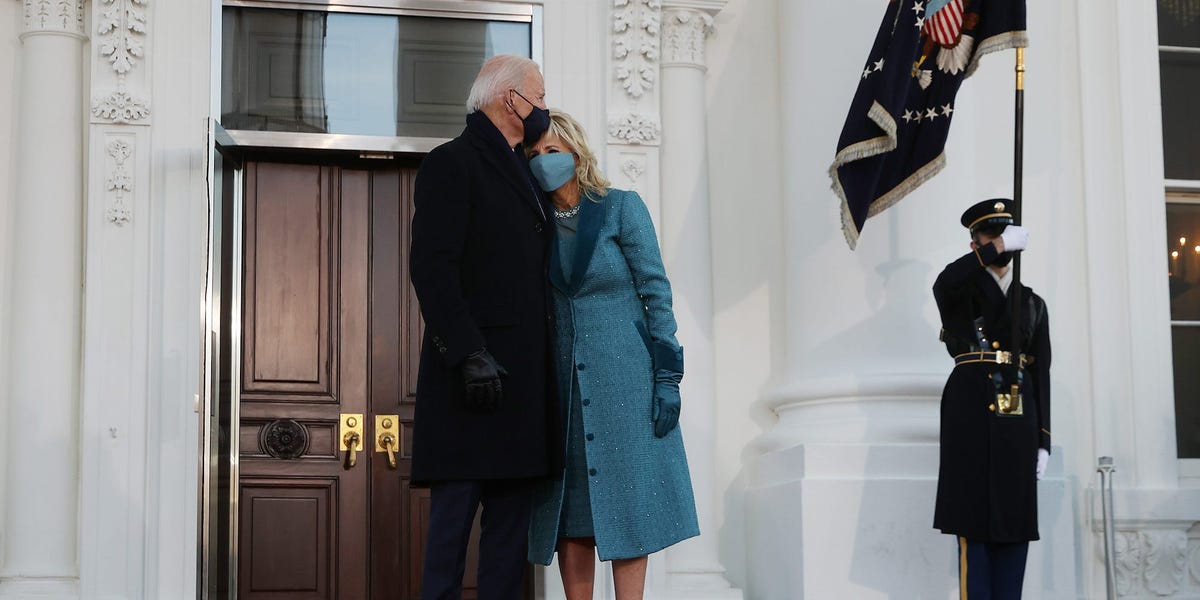 Joe and Jill Biden may have been waiting to enter the White House for longer than necessary on Inauguration Day because there was a lack of staff there to greet them.

In a break from White House protocol, the new President and First Lady were left standing in front of closed doors as they took photos outside of their new residence for the first time on Wednesday.

The Trumps “sent the butlers home when they left so there would be no-one to help the Bidens when they arrived,” a well-placed official not associated with the Biden administration told The National Journal.

Chief usher Timothy Harleth was also fired by the Trumps before they left on Wednesday morning, the publication reports. White House press secretary Jen Psak later confirmed that Harleth’s exit occurred “before we walked in the door.”

Read more: Trump’s threat to bolt from the Republican Party could spark a serious legal fight over his ‘gold mine’ list of supporters who have helped fill the GOP coffers with billions of dollars

A video of the Bidens’ arrival shows them standing in front of the White House doors for a photo-op, which lasted more than one minute before they walked toward the residence.

The doors then opened for the couple, although it is not clear from the video whether they were opened from the inside or outside.

A veteran White House social expert told The National Journal that it is a “big protocol breach for the president to ever stand in front of a closed-door at the White House.”

“That may be why there was nobody to open the doors to the Bidens. You couldn’t expect the Biden staff to know to do that. Doors are opened and closed by ushers. There are rules about all these things and everyone has their job,” they added.

However, one former White House official told the publication that the couple’s team might have specifically requested the doors closed for the photo-op.

“But what should have happened is that a Biden staff member should have alerted the usher or staff person on the other side of that door that it was time to open it. That was a staff mistake,” they said.

Biden’s entrance was a complete contrast to Trump’s first visit to the White House on his Inauguration day four years prior.

On January 20, 2017, Donald and Melanie Trump were greeted by former president Barack Obama and first lady Michelle Obama, who posed for the photos with the couple before they entered the building together through open doors.

Trump broke tradition by opting not to attend Biden’s Inauguration ceremony last week. Instead, the former president made a brief farewell address at Joint Base Andrews before flying to South Florida with his wife.

Representatives for President Biden did not immediately respond to Business Insider’s request for comment.