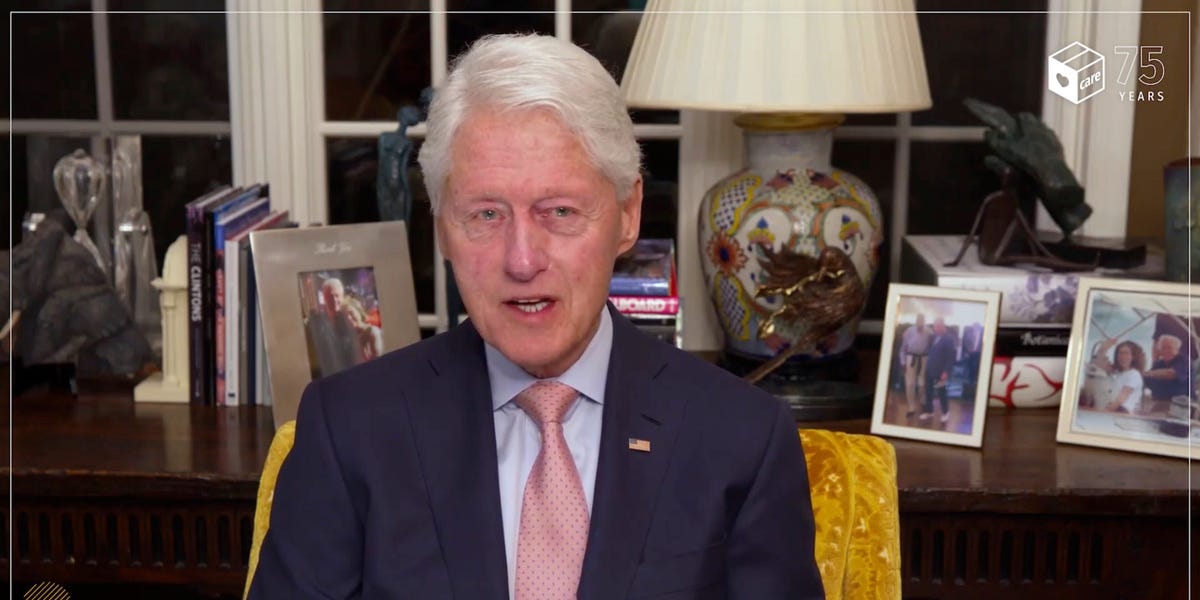 Former President Bill Clinton on Sunday was seen leaving a hospital in Orange County, California, six days after he was admitted for treatment for a urological and blood infection.

According to a report from the Los Angeles Times, an aide said Clinton will fly to New York on Sunday with his wife, former Secretary of State Hillary Clinton, and his daughter, Chelsea Clinton. Then they will return to their home in Chappaqua, which is about 30 miles north of New York City.

“His fever and white blood cell count are normalized and he will return home to New York to finish his course of antibiotics,” Dr. Alpesh N. Amin, who treated 75-year-old Clinton, said in a statement shared by spokesperson Angel Ureña. “On behalf of everyone at UC Irvine Medical Center, we were honored to have treated him and will continue to monitor his progress.”

Clinton was admitted to the hospital last Tuesday with a non-COVID-19 related infection, his spokesperson previously said. According to the LA Times, Clinton was diagnosed with a urological infection that became a blood infection, according to aides.

The former president never experienced septic shock, the most serious form of sepsis, after previous reports said Clinton had experienced sepsis, aides told the LA Times. He was treated in the intensive care unit over COVID-19 concerns, the aids told the outlet.