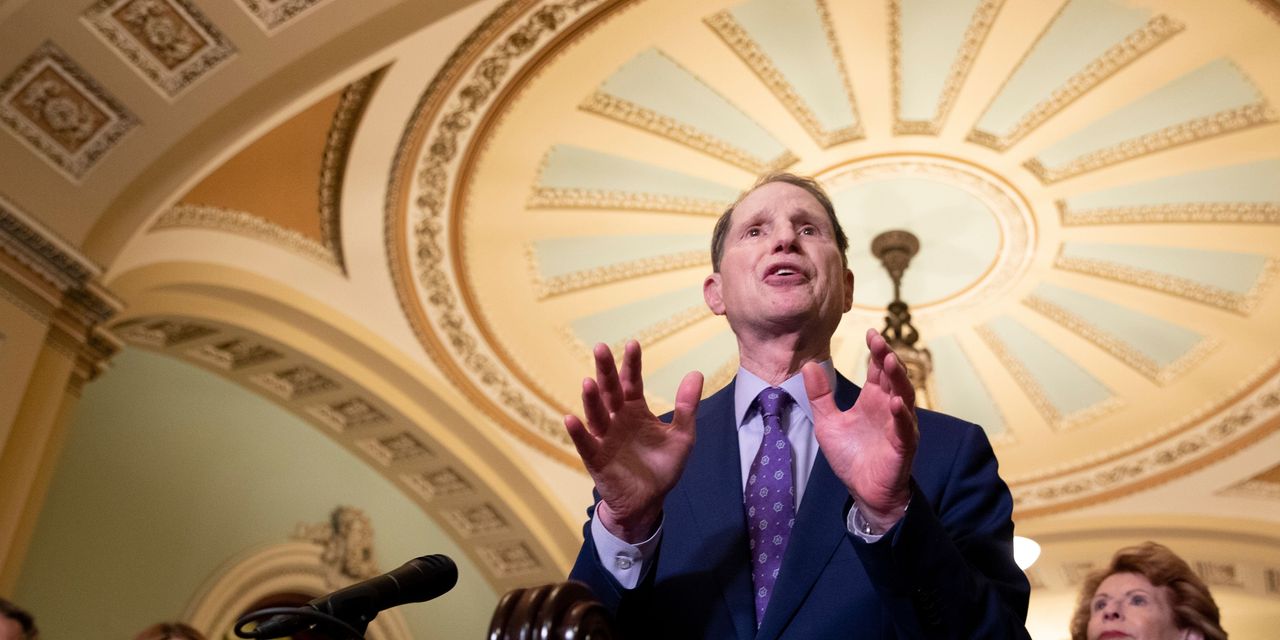 WASHINGTON—Democrats’ fast-moving plan to tax billionaires’ unsold assets each year as they gain in value faces a potentially significant obstacle: the U.S. Constitution.

If enacted, the tax would almost certainly face a legal challenge, given the clear incentive for a taxpayer to spend millions in legal fees to save billions on taxes.

The likely argument: Taxing capital gains that haven’t been realized yet falls outside the income taxes allowed by the 16th Amendment that don’t have to be apportioned based on state population. Under current law, individuals pay capital-gains taxes only when the gain is realized, typically when they sell an asset, such as a stock, closely held business or painting.

“Anything that involves a large amount of dollars and has some non-frivolous angles to challenge it, you’ll see a challenge,” said Joseph Bishop-Henchman, vice president of tax policy and litigation at the National Taxpayers Union Foundation. “To the extent that it’s unapportioned and on unrealized income and mandatory, it’s going to raise serious constitutional questions.”

Do you think an annual tax on billionaires’ unrealized gains is constitutional? Why or why not? Join the conversation below.

The proposal would apply to fewer than 1,000 Americans worth more than $1 billion or with incomes above $100 million for three consecutive years. Some of them, such as Elon Musk of Tesla Inc., are worth more than 100 times that and could easily face multibillion-dollar tax bills if the plan became law. Mr. Musk criticized the idea on Monday.

Democrats and some legal scholars say they are confident the emerging plan would be constitutional, either as an allowable income tax or an indirect tax like the estate tax. But they acknowledge uncertainty about how the Supreme Court might rule.

Democrats haven’t released a detailed proposal yet. Sen. Ron Wyden (D., Ore.) and his staff have been working on the idea for several years. It is designed to change the tax rule that ties capital-gains taxes to realizations, or asset sales. Under current law, people can hold appreciating assets without paying income taxes. When they die, those gains escape the income tax, though estate taxes may apply.

The Wyden plan would impose a one-time tax on unrealized gains to date, and then create an annual tax on each billionaire’s gain in net worth. The proposal is expected to address losses, illiquid assets and enforcement. The plan is expected to require annual taxes on publicly traded assets, even if they aren’t sold. Illiquid assets would likely be taxed when sold, but with an added charge to make up for the ability to defer the tax.

Here’s the potential problem: The Constitution gives Congress broad powers to impose taxes, but also restricts how taxes can be imposed. It includes a requirement that “direct taxes”—a term without a clear definition—be apportioned among the states, such that each state’s residents pay a share of the tax payments that is equal to its share of the population.

“‘Unrealized gains are not income by any stretch of imagination’”

That would create a logistical and administrative mess. In the 1890s, the Supreme Court struck down an income tax, declaring it an unapportioned direct tax. In response, the country created and ratified the 16th Amendment. That change made it clear that an income tax doesn’t have to be apportioned, and Congress hasn’t imposed a direct, apportioned tax since the Civil War.

Beyond that, it is fuzzier which category Mr. Wyden’s plan would fall into. A 1920 Supreme Court ruling determined that certain stock dividends aren’t income, and that was interpreted as meaning that assets have to be sold for capital gains to be realized. That holding has been limited but not fully overruled.

“Under one view, this is all OK because the tax code still generally taxes income and we’re just fiddling with one element,” said Andy Grewal, a law professor at the University of Iowa. “It will come down to whether a court thinks this is a wealth tax going by another name.”

A court case could take years to reach the Supreme Court, potentially leaving the issue in limbo even beyond President Biden’s first term.

The Wyden plan’s limits on taxing illiquid assets annually mean the plan should face an easier time in court than an annual wealth tax on assets or a version of this plan that would hit more people and assets, said David Gamage, a tax-law professor at Indiana University who has consulted with the Senate Finance Committee Democrats on the plan.

The annual tax would be like a tax on access to capital markets and the remaining taxes would be imposed only when gain is realized, just like current income taxes.

“If you take the existing precedent seriously, it should be safe,” Mr. Gamage said.

Congress already has several income-tax rules that don’t rely on realization to determine what counts as income, and those taxes aren’t apportioned. Those include rules governing securities dealers and people who renounce their citizenship, and those provisions haven’t been struck down.

A provision from the 2017 tax law that taxed companies’ accumulated earnings has survived an initial court challenge on 16th Amendment grounds, though an appeal is pending.

David Rivkin, a partner at Baker & Hostetler LLP who is representing the taxpayers in that case, said Mr. Wyden’s proposal is vulnerable to a challenge.

“It’s a classic example of taxing something that is not income,” he said. “Unrealized gains are not income by any stretch of imagination.”

Write to Richard Rubin at richard.rubin@wsj.com