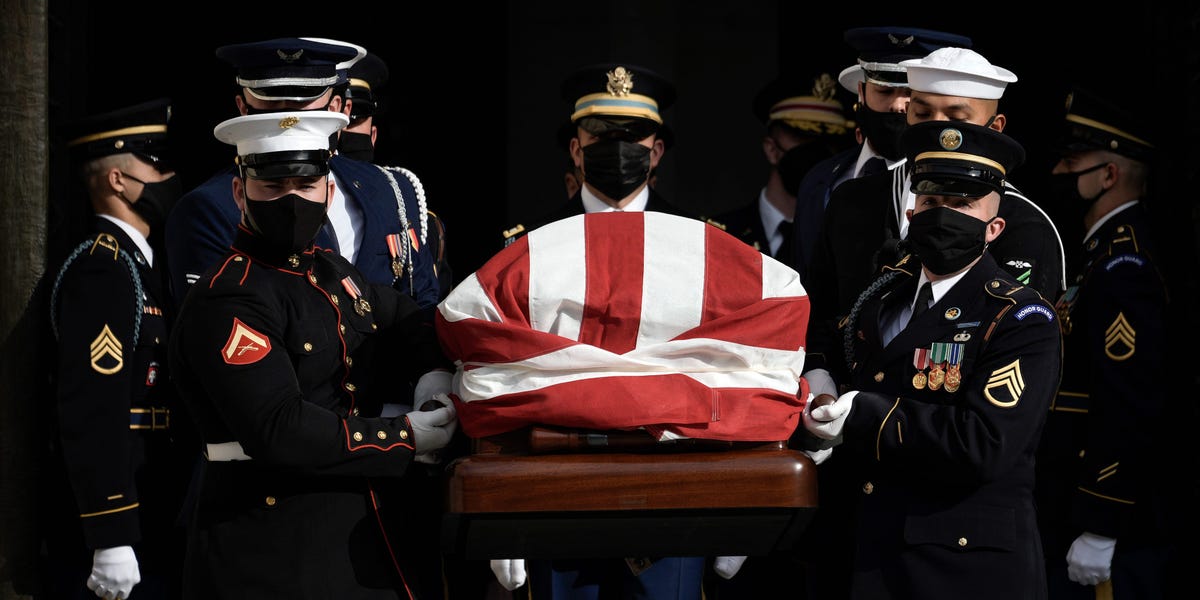 Late former US Senator Bob Dole cracked a voter fraud joke at his own funeral service on Friday.

The joke was part of a farewell letter Dole wrote before his death that his daughter, Robin Dole, read aloud at his funeral at the Washington National Cathedral.

“I also confess that I’m a bit curious to learn if I’m correct in thinking that Heaven will look a lot like Kansas,” Dole wrote in the letter. “And to see, like others who have gone before me, if I will still be able to vote in Chicago.”

The joke was met with laughs from the audience.

“We served together for 25 years. We disagreed, but we were never disagreeable with one another,” Biden said. “I found Bob to be a man of principle, pragmatism and enormous integrity.

Dole died on Sunday at age 98 after battling lung cancer.

The former senator was also a US Army veteran, and he received a Purple Heart for his service in Europe after he was wounded by German fire.

He was first elected to Congress in 1961 to represent Kansas and ran for president multiple times before losing to Bill Clinton in 1996 as the GOP nominee.

He is survived by his wife of 46 years, Elizabeth Dole, and his daughter, Robin.