A family gathers around the television Monday in Liverpool, England, to watch Prime Minister Boris Johnson speak to the nation about the new lockdown. Paul Ellis/AFP via Getty Images hide caption 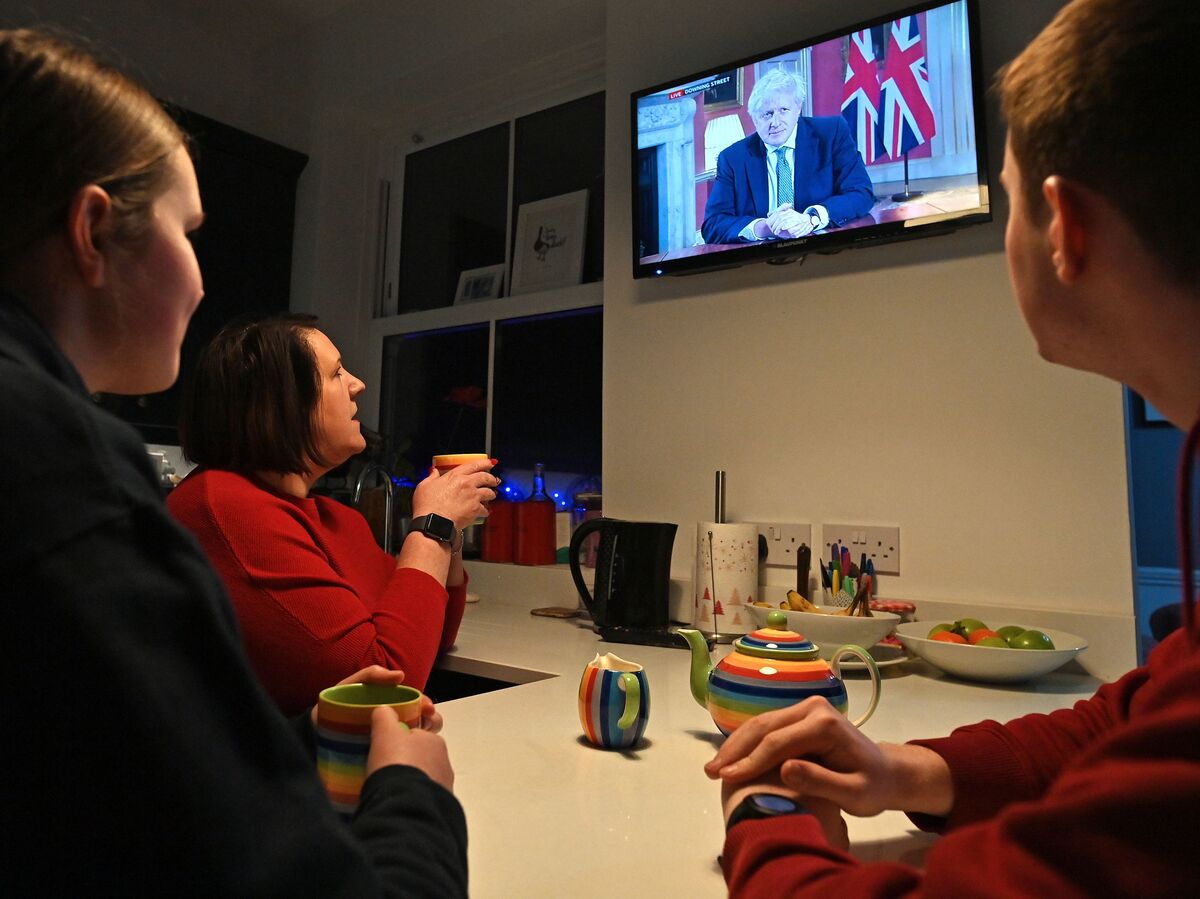 A family gathers around the television Monday in Liverpool, England, to watch Prime Minister Boris Johnson speak to the nation about the new lockdown.

England will go under a new strict national lockdown through mid-February in an attempt to stop the spread of the coronavirus, British Prime Minister Boris Johnson said in a Monday address.

This move is the country’s latest attempt to curb the coronavirus, including a new and more contagious strain, which was first discovered in the United Kingdom. The variant has been sweeping through England, threatening to overwhelm an already strained health care system.

“It’s been both frustrating and alarming to see the speed with which the new variant is spreading,” Johnson said. “Our scientists have confirmed this new variant is between 50[%] and 70% more transmissible.”

England first went under a lockdown in the spring.

Johnson said now is “a pivotal moment” for the nation. The new rules immediately go into effect.

Primary and secondary schools are closed for face-to-face learning, as are universities. All nonessential shops and personal care services are ordered to close. Restaurants can only offer takeout services.

Residents are instructed to leave home only for essentials, such as grocery shopping, medical needs, exercise, work or to escape domestic abuse.

Nonessential stores, pubs and restaurants were already closed in many parts of England. In areas where the virus hit the worst, residents were ordered to stay home.

But now those rules affect the whole country.

The government elevated its coronavirus warning to its highest level, which Johnson said indicates that the National Health Service would be overwhelmed in three weeks if no action is taken.

There were more than 26,000 COVID-19 patients in hospitals in England on Monday, a 30% increase from a week ago, according to The Associated Press. The current levels are 40% greater than the peak of the first wave in the spring, the AP said.

The country has already vaccinated hundreds of thousands of Britons with the Pfizer-BioNTech vaccine.