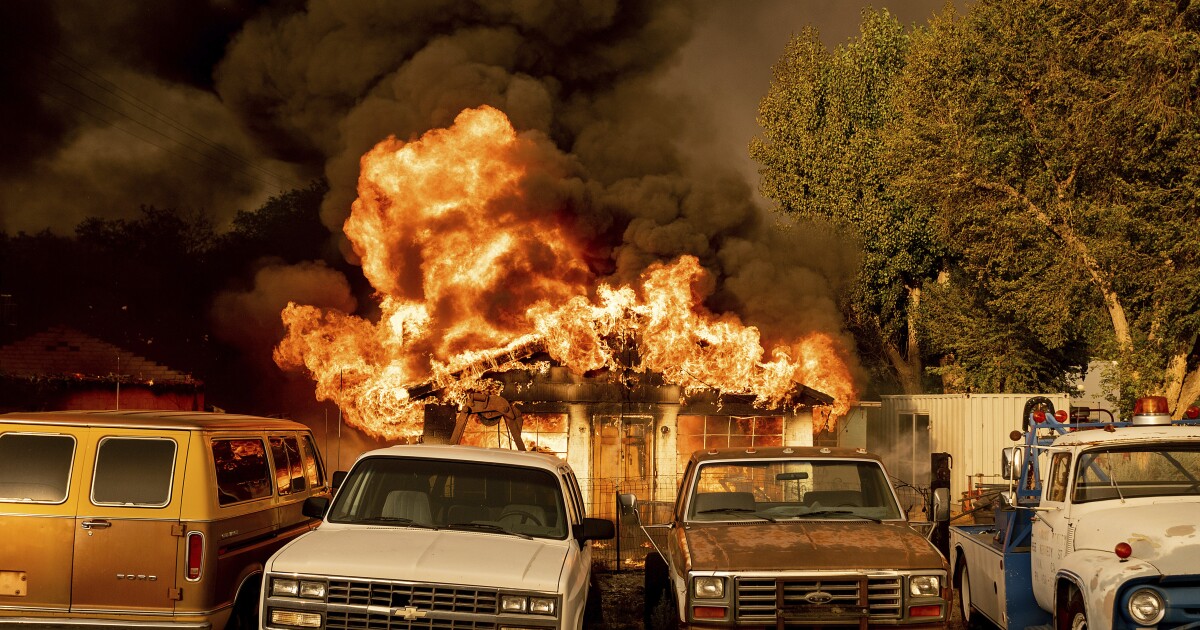 Wildfires continue to devastate the northern forests of California as scorching heat and severe drought are creating ideal conditions for conflagrations.

The River fire, which broke out about 20 miles southwest of Yosemite National Park on Sunday afternoon, exploded to 2,500 acres in just a few hours and had spread to 9,000 acres as of Monday evening, officials with the California Department of Forestry and Fire Protection said.

More than 450 personnel — including some using air tankers — were battling the blaze, which was 10% contained and has destroyed four structures, Cal Fire spokesperson Jaime Williams said.

Mandatory evacuation orders and warnings were in place in parts of Madera and Mariposa counties. The cause of the fire is under investigation, Cal Fire said.

“They’re still making an aggressive attack on this fire,” Williams said. “With the cooler temperatures, we’re hoping to get even more work down tonight.”

North of the River fire, the lightning-induced Beckwourth Complex fire, which includes the massive Sugar fire, ballooned to 89,748 acres. The Sugar fire, which ignited July 2, more than doubled in size over the weekend, growing to 89,078 acres, according to Plumas National Forest officials. It is now the state’s largest fire of the season so far.

The fire, which is burning north of Lake Tahoe, has spread most rapidly on its north side, said Kimberly Kaschalk, a public information officer with California Incident Management Team 4. The fire is 23% contained, with much of its southern flank under control.

The other blaze in the Beckwourth Complex fire — the Dotta fire — started June 30 and charred 670 acres. It was 99% contained by Monday.

Authorities received reports the Sugar fire is destroying homes in multiple communities, Lisa Cox of the U.S. Forest Service, who is a public information officer for the Beckwourth Complex fire, said on Sunday. As of Monday night, no new official figures had been released. Video posted to social media showed homes ablaze in the town of Doyle. A damage assessment team was working on a tally.

Parts of the town of Doyle and area west of Highway 395 are still under evacuation orders. An evacuation shelter has been set up at Lassen County Fairgrounds.