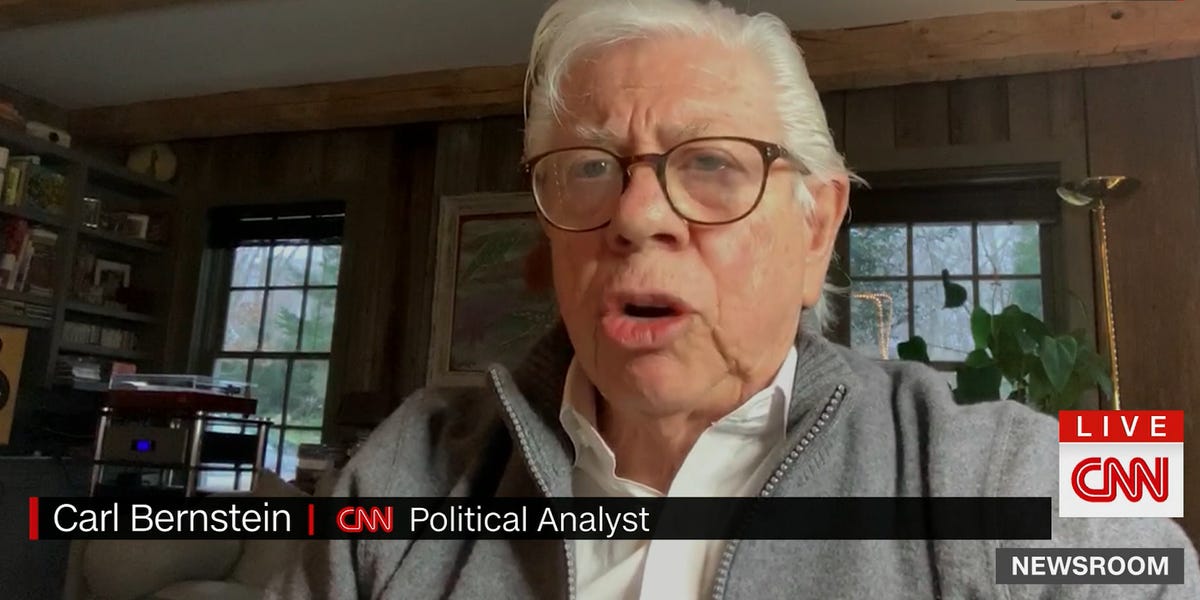 On Sunday, The Washington Post published audio from a call the president had with Georgia secretary of state Brad Raffensperger on Saturday, where he told him to “find” enough votes to overturn President-elect Joe Biden’s win there.

During an appearance on CNN on Sunday, Bernstein was asked if the tape gave him déjà vu from Watergate — in which it was revealed that President Nixon ordered a break-in to steal campaign secrets from the Democratic National Committee’s headquarters.

“It’s not déjà vu. This is something far worse than occured in Watergate,” Bernstein said.

Bernstein described the tape as “the ultimate smoking gun” that shows what Trump “is willing to do to undermine the electoral system and illegally, improperly, and immorally try to instigate a coup.”

“That’s really what we ought to be hearing at the moment.”

Since news of the call broke on Sunday, a DC watchdog group and Democratic Congresswoman Alexandria Ocasio-Cortez have called for a new impeachment of Trump. Vice President-elect Kamala Harris called the conversation a “baldfaced, bold abuse of power.” Republicans have stayed mostly quiet.

Bernstein said it was unlikely that Republicans would turn on Trump over the news, and said that was one of the biggest contrasts to Watergate.

“The one thing we should recall from Watergate is that the heroes of Watergate were Republicans who would not tolerate Richard Nixon’s conduct,” Bernstein said.

Bernstein has been a frequent critic of Trump, and it’s not the first time he has said one of his scandals was worse than Watergate.

In September, responding to his former reporting partner Bob Woodward’s taped conversations with the president, in which Trump admitted to downplaying COVID-19, Bernstein said the admission was “even more devastating than Nixon’s tapes.”

Biden inauguration security: What to know as DC locks down – Fox News

Biden inauguration security: What to know as DC locks down – Fox News