A U.S. Border Patrol station in Texas is seen in 2019. Customs and Border Protection is now holding a record number of minors in warehouse-like facilities as the Biden administration struggles with an illegal migration surge. Mario Tama/Getty Images hide caption 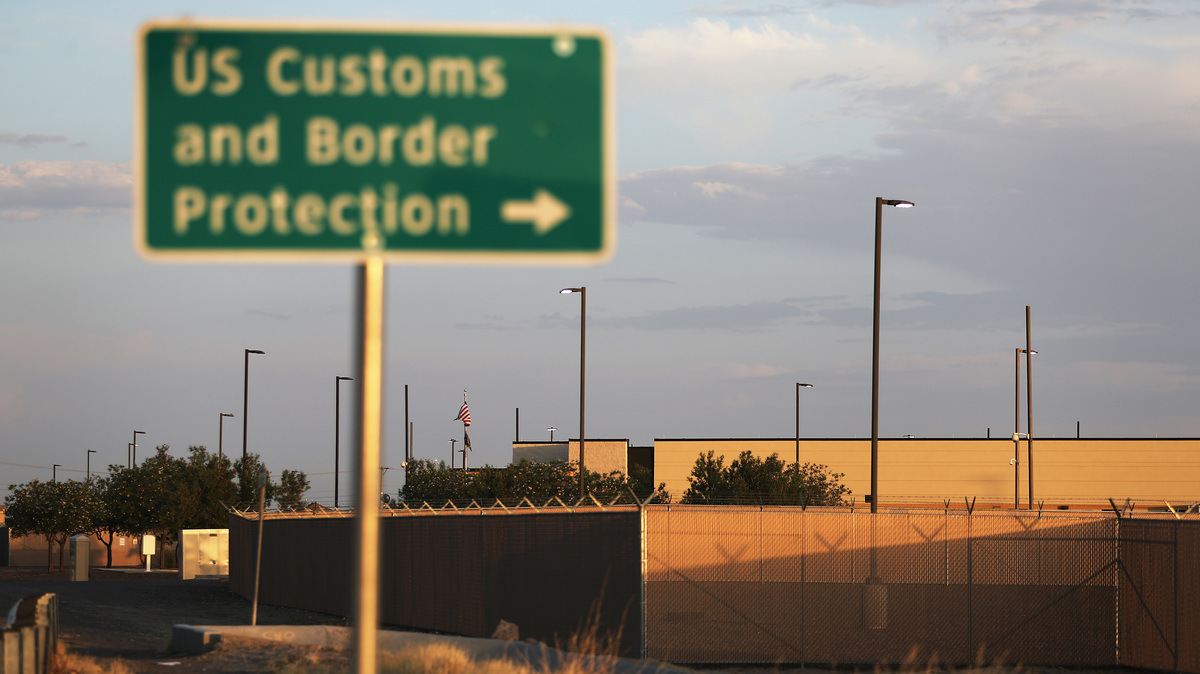 A U.S. Border Patrol station in Texas is seen in 2019. Customs and Border Protection is now holding a record number of minors in warehouse-like facilities as the Biden administration struggles with an illegal migration surge.

A record number of migrant children and teenagers are being held in warehouse-like detention facilities run by U.S. Customs and Border Protection near the southern border, and new documents obtained by NPR show that the number of children arriving without their parents is growing exponentially faster than the Biden administration is able to transfer the children to family members and vetted sponsors.

The Department of Homeland Security documents show that more than 3,400 children were in custody as of earlier this week and that the number of children being referred to Health and Human Services is growing almost three times faster than social workers are able to find appropriate homes for the children.

Many children can’t even get transferred to more hospitable shelters that can have bunk beds, video games, classrooms, medical facilities and ball fields because those are already at 94% capacity. That backlog explains why kids are staying on average 107 hours in the sprawling and sometimes jail-like Border Patrol facilities — longer than the 72 hours allowed by law.

“So, every day when you see these kids coming through, they’re just sort of getting backed up into border patrol stations,” said a source familiar with the documents. “And this ability for kids to be referred by DHS, versus those who are discharged by HHS… that referral number has been eclipsing the discharge number for at least six weeks now.”

The Biden administration is struggling to address the thousands of children arriving at the border without their parents, and it has become a cyclical problem. The government declared humanitarian crises in 2014 under President Obama and in 2018-2019 under President Trump. In both earlier cases, migrant children were arriving faster than they could be discharged to shelters.

Homeland Security Secretary Alejandro Mayorkas is expected to be pressed on the situation next week when he testifies before the House Committee on Homeland Security. House GOP leader Kevin McCarthy announced Thursday that he would lead a delegation of a dozen Republican lawmakers to the border on Monday.

Close to 9,500 were children or teenagers traveling without their parents.

Miller said they’re doing their best to take care of the children, ensuring they have regular medical checks, sufficient meals and snacks, and enough blankets to sleep.

“That’s just some of the things that we’re doing with the children,” Miller said. “Many of us, maybe most of us are parents, fathers, mothers. I myself have a six-year-old. And, you know, these Border Patrol agents go above and beyond every single day to take care of the children.”

Last month, the Biden administration reopened the nation’s only emergency influx shelter in Carrizo Springs, Texas, for teenagers who arrived at the border without their parents. A nonprofit source familiar with child migrants says the 952 beds in that shelter are going to fill up in a matter of days.

Without additional shelter space in the government network, immigrant minors will be forced to spend more time in the crude Border Patrol holding cells that were built for adults. Detainees sleep on the floor under thin, silvery blankets, receive rudimentary meals and complain it’s so cold in the cells that they’re nicknamed hieleras, or freezers. These are the same holding cells that were branded as “kennels” during a surge of Central American families in the Trump years.

White House press secretary Jen Psaki said Wednesday that President Biden has been briefed on the situation and is focused on getting the “children placed with vetted and confirmed families.”

She said the administration is working to increase the number of HHS facilities where children can be sheltered in accordance with Centers for Disease Control and Prevention guidelines.

“There has been, of course, a large flow of children across the border,” she said on Thursday. “We recognize that, but we made a policy decision because we felt it was the humane approach,”

Psaki pushed back on criticism from Republicans, particularly Texas Gov. Greg Abbott, who has accused the Biden administration of downplaying a “border crisis.”

“I know Gov. Abbott down in Texas has expressed some of his concerns and many of those have not been based in fact,” Psaki said. “Gov. Abbott has referred to what’s happening at the border as open borders, as us having an open borders policy. That is absolutely incorrect. The border is not open.”

Amb. Roberta Jacobson, the White House coordinator for the Southern Border, said Wednesday the surges are due in part to misinformation and the “pent up demand” for a more humane policy after the Trump administration.

“I certainly think that the idea of a more humane policy would be in place, may have driven people to make that decision,” she said, “but perhaps more importantly, it definitely drove smugglers to express disinformation about what is now possible.”

She said the administration is working to develop more legal avenues to seek asylum so that migrants don’t feel they have to choose illegal avenues.

Jacobson announced, for example, that the Biden administration is re-starting the Central American Minors program to reunite children with a parent who is legally in the United States.

“Going forward, we will continue to look for ways to provide legal avenues in the region for people needing protection, while we continue to enforce our laws,” Jacobson said. “This is a process. We have a great deal to do.”
Source Link